One of the stories around AMD’s initial generations of Zen processors was the effect of Simultaneous Multi-Threading (SMT) on performance. By running with this mode enabled, as is default in most situations, users saw significant performance rises in situations that could take advantage. The reasons for this performance increase rely on two competing factors: first, why is the core designed to be so underutilized by one thread, or second, the construction of an efficient SMT strategy in order to increase performance. In this review, we take a look at AMD’s latest Zen 3 architecture to observe the benefits of SMT. 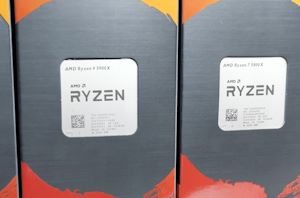 When AMD announced that its new Zen 3 core was a ground-up redesign and offered complete performance leadership, we had to ask them to confirm if that’s exactly what...