It arrived in a white nondescript cardboard box, with just a flash of color, and one word on the lid: Google. Inside was a Chromebook. Chromebooks are dull. Chrome OS is quaint. They’re like generic granola bars, they get the job done, but they’re no Clif Bar. Right? Google’s product team didn’t set-out to build a Chromebook, their mission was to design the most covetous and capable machine they could. And there’s no denying that it’s a looker. But is it enough to draw users away from their Retina MacBooks and Ultrabooks? Or is it just a browser in a nice suit? 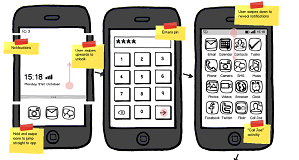 The developers at Mozilla have been busy; Firefox 8 is just around the corner and now they seem to be developing an experimental mobile operating system. They're calling it...