The CUBOT H1 Smartphone Test: A Month with 3-4 Days of Battery per Charge

At a quick glance, it kind of looks high end premium, especially in gold. I had a few people who I met at the SC15 conference ask if it was an iPhone, though anyone who plays with iPhones will know that with at least a moments glance, this is not one. Nevertheless, it requires more than a momentary glance to spot the differences. 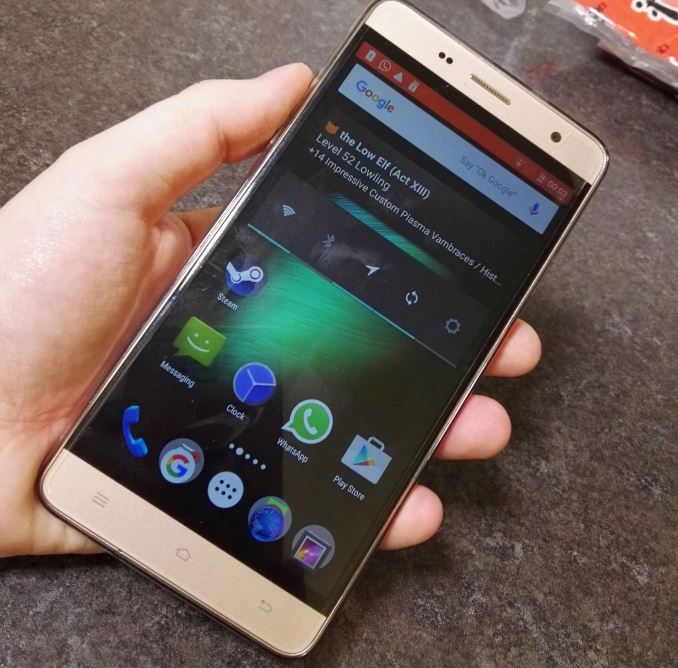 At 9.2mm thick, it is not that noticeable in most situations compared to the array of 7mm devices. Truth be told though, combined with the 5.5 inch screen it is slightly too big for my 5ft 6 frame to text in one hand comfortably. 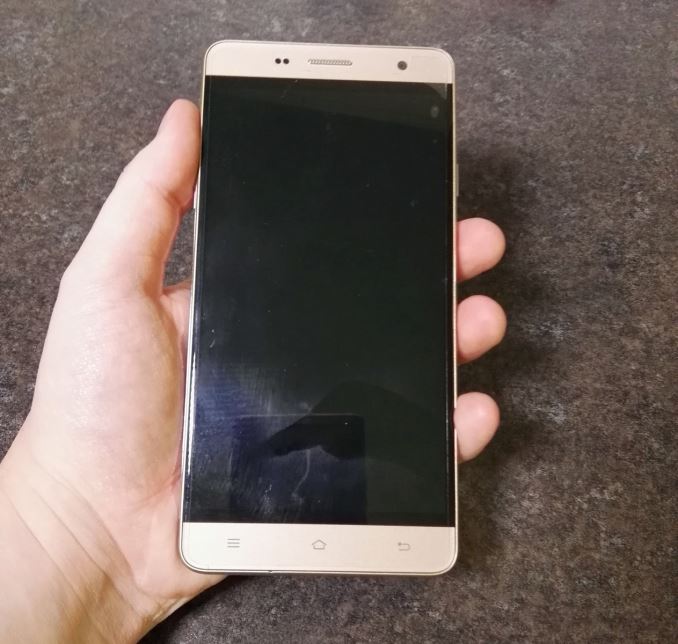 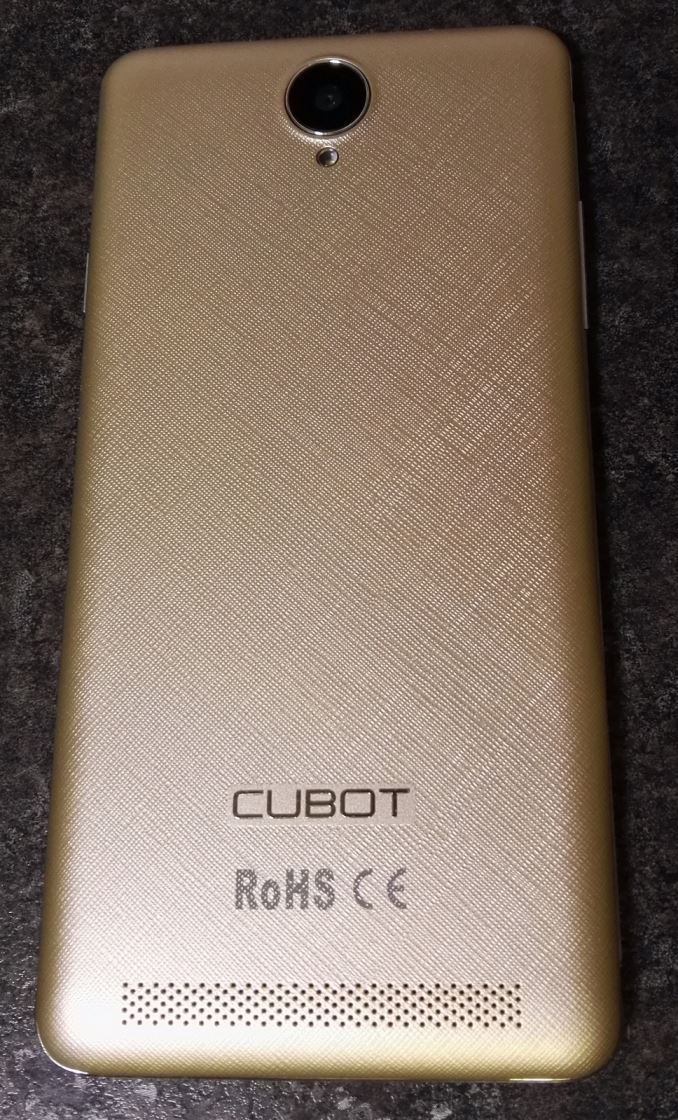 The rear is slightly raised for the camera, and the flash underneath is a simple LED affair. The rear cover feel obviously plastic, with a patterned cross hatch finish, but as I've used the phone with the silicone case pretty much the whole time, I get the sense that I'm using it with a protective case rather than the constant feel of plastic. The rear speaker grille is a series of holes at the bottom here, but the speaker is off center to the right hand side, which the silicone case leaves an opening for. 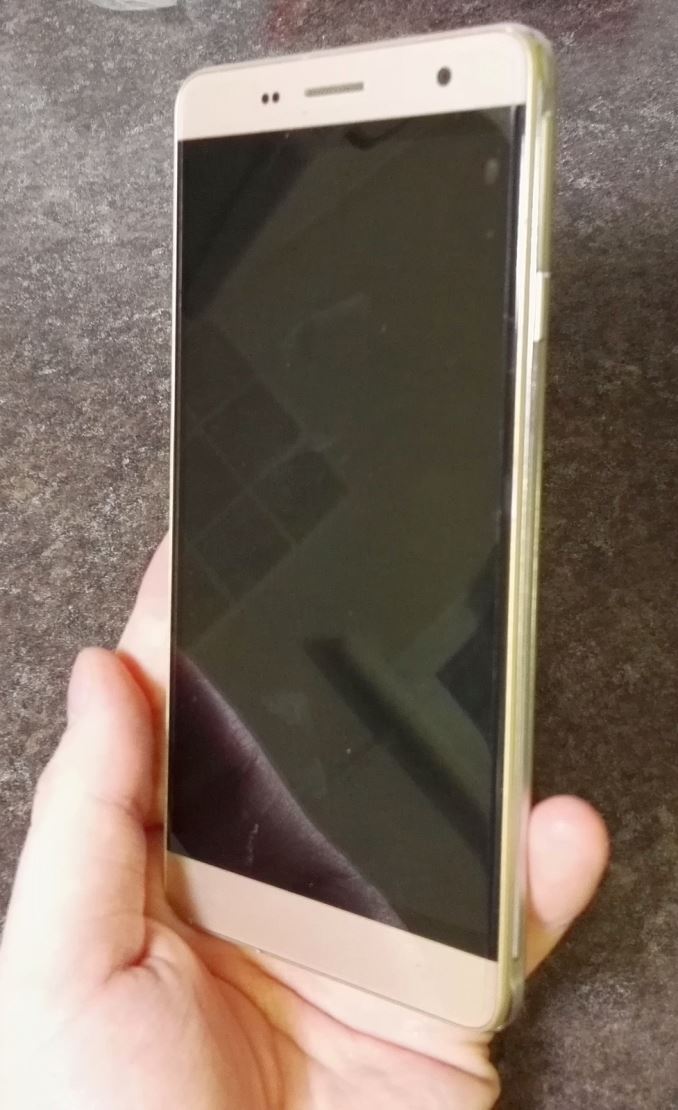 The front of the phone has one of my current requirements for a smartphone - fixed buttons for menu, home and back, with a long press of home giving the apps list. These light up when touched, aiding low light situations.

The display as mentioned is a 1280x720 affair, with no viewing angle issues. Most of the time I have it in the lower brightness setting unless I am outside in the sun (which is no danger for the UK in autumn and winter). Despite the lower resolution than my previous HTC One max, and the smaller screen size, I can barely tell any difference in sharpness or quality due to the reduced PPI (369 to 267). While I absolutely see the use case for high PPI devices when using a complex character set (Chinese, Japanese), it would seem that it might be a lost battle on my monolingual testing, especially if it gives better battery life.

The screen comes with a pre-applied protector, and mine was placed on pretty much perfectly out of the box. I did spot one small air pocket in the top corner, which only got worse when I tried to fix it. The sticky undercoating gets dust and dirt on it quite quick, so now it's pretty obvious where the screen protector is in that corner. There's another protector in the box, should it need to be replaced.

There is one small niggle with the display. As I have typed up a good chunk of several reviews on it over the month (using Evernote + Swype), it is easy to notice areas on the bottom of this unit which aren't picked up properly by the touchscreen. In this case, the A button registers correctly about 90% of the time, which moves down to ten percent when I'm also pressing shift. This is very noticeable as the other buttons have had a 99.9-100% success rate. I haven't noticed this issue elsewhere on the screen, so I can only put it down to a slightly faulty touch display that also passed QA for Cubot. 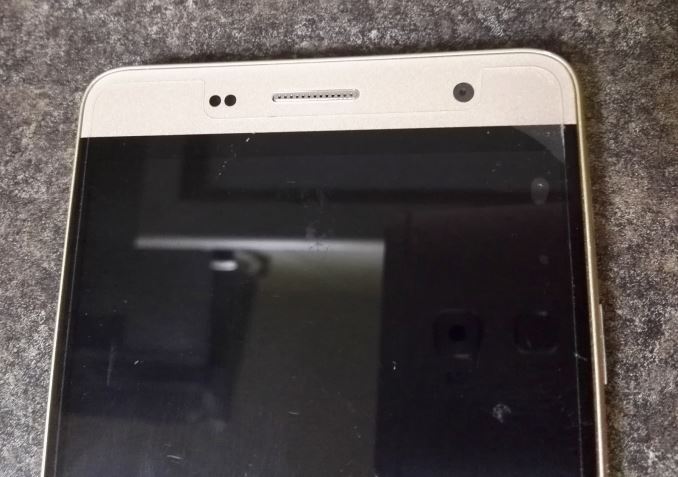 The top of the screen shows the ear piece for calls, two light sensors and the front facing 5MP camera. On the right hand side is a notification sensor which glows red when charging or flashes blue when a notification is present. The light for this is actually quite bright, meaning at night I have to turn the phone upside down so it does not light up the room. The blue notification light will supersede the red charging light when both are in play.

The top edge holds the micro-USB connection, an infra-red sensor for use as a TV remote and the 3.5-inch jack for headphones. The silicone case is molded to give plenty of space for the charging USB cable, although I will admit that on occasion I have lifted it out of the case to ensure a good charging connection.

The power button is on the right hand side, with the volume rocker on the left. These are not flush with the sides, making them easy to find, but the silicone case actually rises out slightly to compensate and gives a soft gradation. This is a double edged sword, making the buttons slightly harder to press, but also my brain I wired for the buttons to be on opposite sides, so for the best part of this month I have accidentally been putting my phone to sleep instead of adjusting the volume.

The bottom of the phone has nothing special, except a tiny divot in the top part of the device and a corresponding divot in the silicone case. I presume this is to facilitate easy removal of the screen if required. It certainly isn't to remove the back cover, as that tab is on the rear on the bottom left hand side. 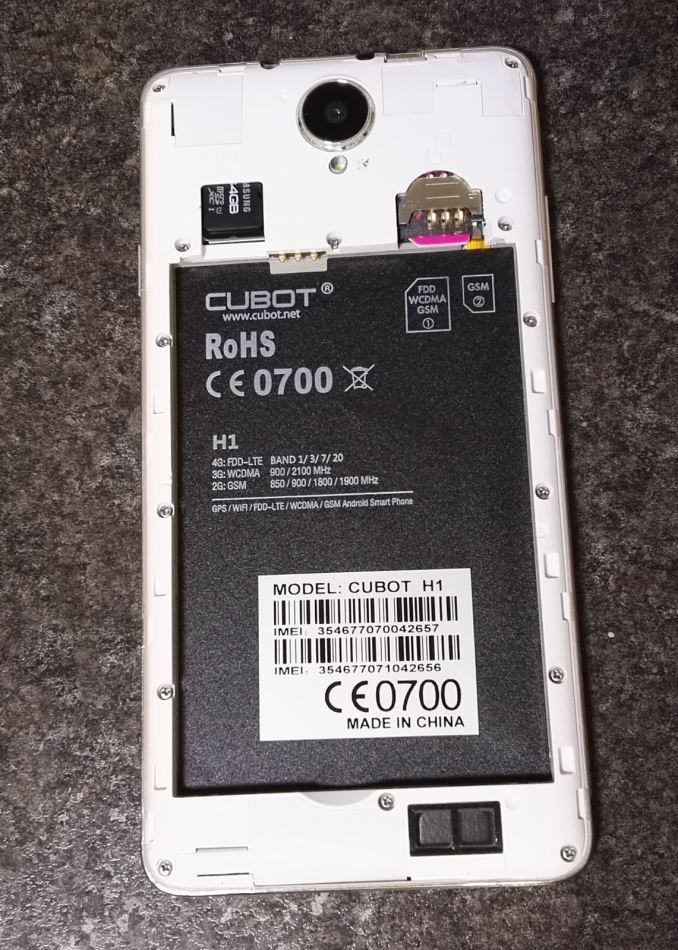 Removing the rear casing is a bit of a chore if you happen to groom your nails and don't have a tool to assist. It always feels as if you're going to break the thing with the force required. Nevertheless will the rear off we can see the 5200 mAh battery taking up most of the room. 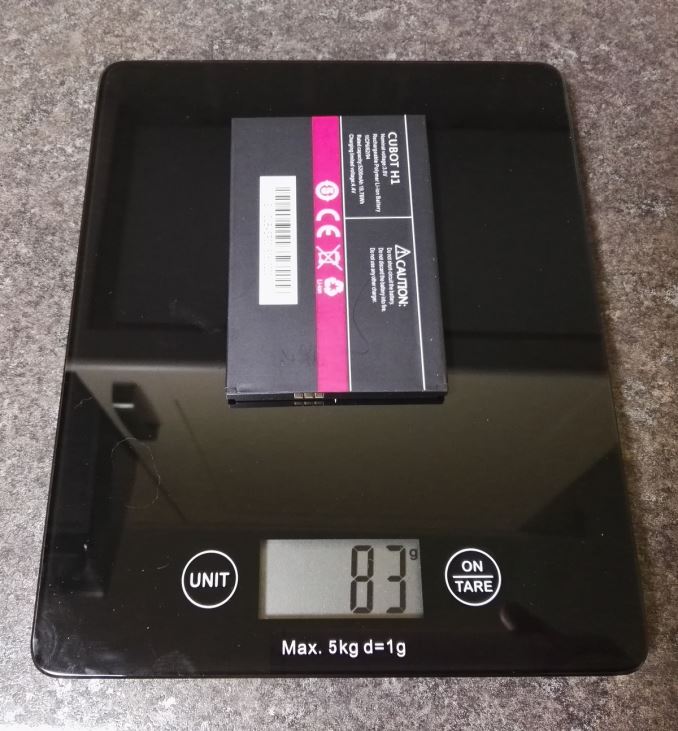 Contrary to what you might imagine, the battery is the lighter part of the device, coming in at 83 grams compared to the phone body at 118 grams, which converts to 42% for the battery of the total 201 grams. 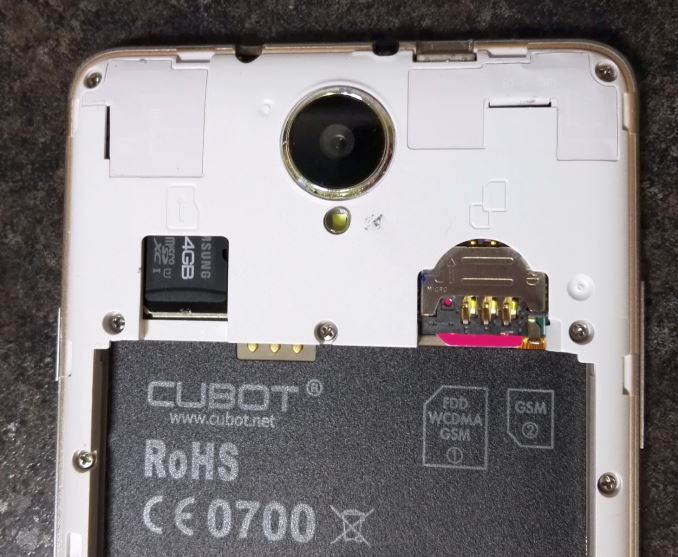 Behind the battery we have the indications for the dual SIM of the phone, with the first SIM for 3G/4G requiring a traditional miniSIM card and the second microSIM for 2G (basic data/SMS) but it is placed the other way around to the first SIM. I will point out that you shouldn't place the wrong sized SIM in the wrong hole. I put my microSIM into the top slot designed for a full size card and it started veering sideways - an hour later with the screwdriver and a pair of tweezers, unscrewing things that I'm sure I wasn't supposed to unscrew, and it had it out although a little battered. The microSD card slot is on the left hand size, using a simple slide in mechanism that allows for removal without taking the battery from the phone. I will point out that it didn't see my microSD at first, namely because I put my standard 64GB in there and one of the downsides of the device is the 32GB microSD limitation.