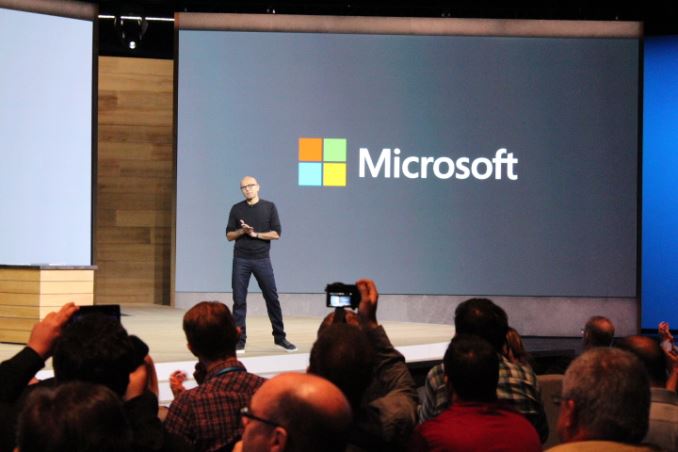 After the press event today, Microsoft had all of the devices available for a hands-on experience. Of all the devices, I was most excited to see the Surface Book and what it brings to the table so let’s start there

The Surface Book is of course Microsoft’s 13.5-inch 2-in-1 device which is as close to a true notebook as they will likely ever make. They wanted to redefine the category and they have definitely taken a step in the right direction. First of all, the keyboard dock has a very good keyboard. Travel was good, and the key presses themselves were very solid. Panos said in the keynote it was quiet but it was difficult to judge in such a noisy room. 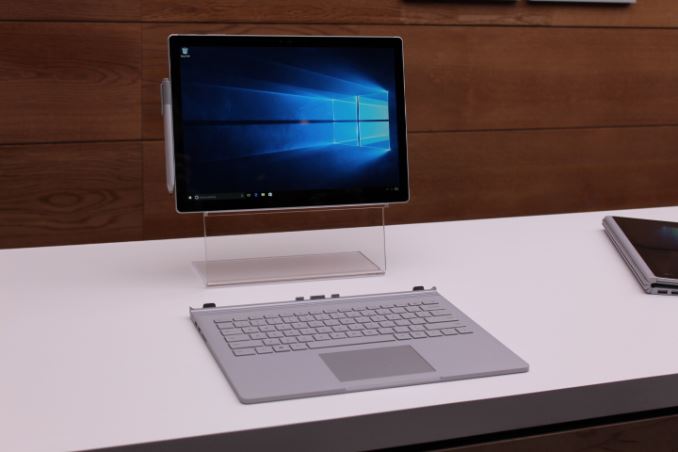 The latching system is certainly unique. I spent about a minute trying to separate the top from the bottom before I was shown that you have to press a button on the keyboard to unlock the tablet. This is the right way to do it. There is no way to accidentally separate the two, and the only way you could do it is by breaking it which I would not recommend. It really does feel like a notebook when you are using it and not a traditional tablet that docks into a keyboard (can you say traditional about this product category?) and the weight of the keyboard itself ensures that you don’t have a top-heavy experience. 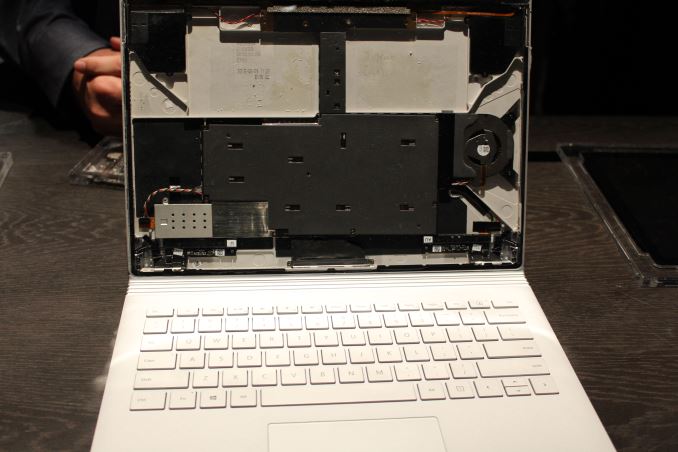 They are very proud of their new display which includes a custom display controller they are calling the G5. It processes both touch and pen input. The display itself is one of the first where the LCD driver transistors are now built into the panel itself as a thin strip along all edges. This allows them to reduce the bezel size. 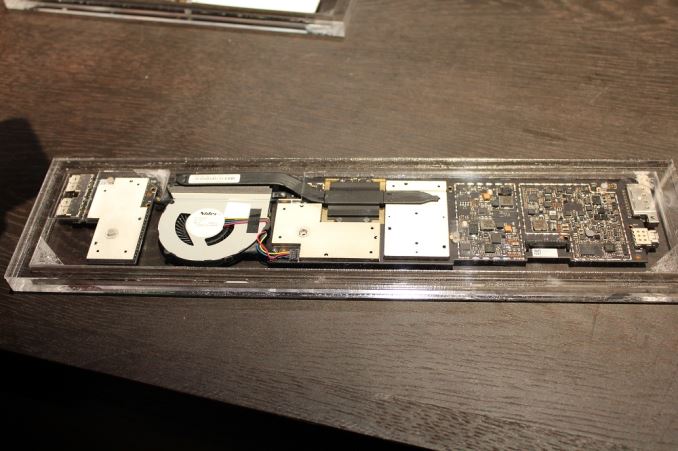 I think the Surface Book looks to be a defining product from Microsoft. With the Surface tablet lineup, it took them a couple of generations to get it right, but they have taken all of that and put it into the Surface Book including the 3:2 display which should be very nice. Battery life is of course a concern with such a higher resolution panel but Microsoft is using an IGZO solution here so the impact may not be as bad as it could.

Moving on to the Surface Pro 4, it has gotten thinner and lighter again, somehow. It is just 8.4mm thick compared to 9.1 on the Surface Pro 3 and yet it still has a 15-watt Core processor. The internals of the Surface Pro were also on display. Microsoft has a very large passive heatsink between the battery and the LCD which they can use to cool the processor effectively without having to use the fan at all in most situations, but when more cooling is needed, they can turn on the second stage which is the active cooling. I was told that the solution can actually dissipate more than 15-watt load of the CPU so I am very eager to test this out and see if it suffers from the throttling that the Surface Pro 3 had. The move to Skylake here from Haswell should also make a big improvement. 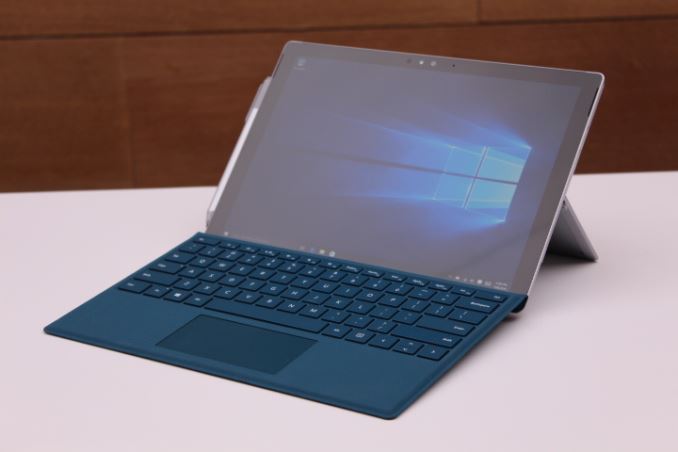 The display is slightly larger at 12.3-inches because of the new panel. The bezels are reduced but not eliminated which should be better for tablet use. The Windows key on the side has been removed, which is a good thing since it is not needed with Windows 10 and I found myself bumping it by mistake too often. 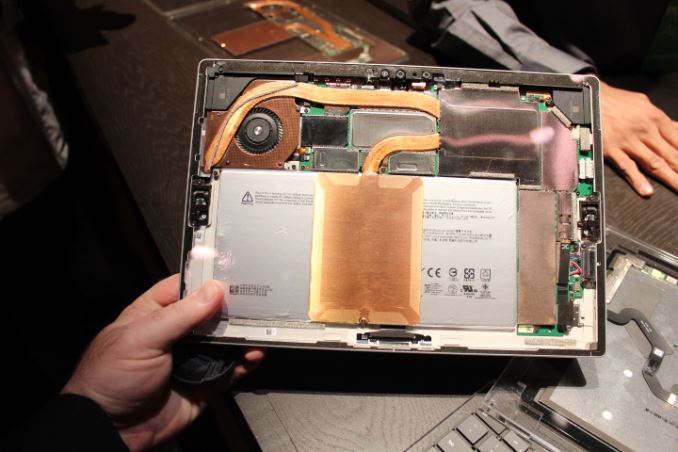 I think the biggest improvement though is the new keyboard. It is somehow lighter and thinner, yet it is so much more rigid than the old model. But the best part is the new keys. They have much better travel and the keys now fill out the entire width of the device, and the trackpad has been increased 40% as well which should help it a lot. The trackpad on the Surface Pro 3 is ok, but you tend to run out of room on it a lot. 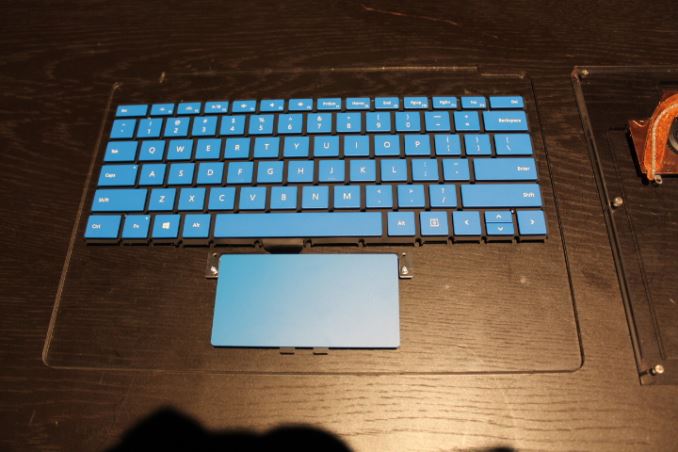 Moving on to the phones, the new Lumia 950 and 950XL both feel like they will be decent flagship phones for Windows 10 Mobile, but they are not as cutting edge as Surface. They are using the Snapdragon 808 and 810 near the end of their lifecycle, and they have not proven to be the best processors for phones this year. The Lumias do have liquid cooling, which is basically a heat pipe to help spread the heat around and keep them operating strongly. We will need more than a hands on to see if that is the case of course.

The displays looked great, and the return of Glance is a “finally” moment. Cameras were decent on the 930 already, so I am curious to see what else has been done with the new models other than just the specifications.

One great thing about the new phones is that the back and sides come off, allowing you to add storage or, change the back altogether. Microsoft showed off a couple of leather options for the back of the phone which would give it a premium feel. 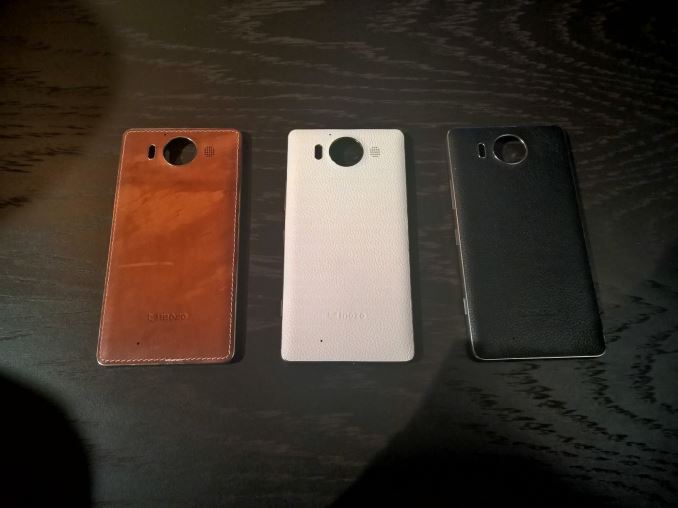 The Lumia 550 was surprisingly good for $140. It feels solid, and the display is nice for something so low cost. I did not get to see this one much but hopefully we can get it in for review soon.

I’m going to skip the Band for now since I need to put my thoughts together on that one. It’s not quite a smart watch and not quite a fitness band, but almost more.