Due to the limitations of Chrome OS, we're mostly limited to browser benchmarks to characterize performance. It's a similar situation to mobile benchmarking, which I commonly describe as less than optimal. However, since essentially everything a user will do on a Chrome OS device is done through Chrome, it's actually a fairly good indication of the performance they'll see on a given device.

Like the Toshiba Chromebook 2, the Dell Chromebook 11 being reviewed uses Intel's Celeron N2840. Unlike Intel's more expensive Celeron parts which use their Haswell architecture, N2840 uses Silvermont cores much like Intel's Atom parts in the Bay Trail line. Because of this, users should expect performance closer to that of higher end ARM chips and Intel Atom SoCs than that of Intel's Haswell based Celeron parts. 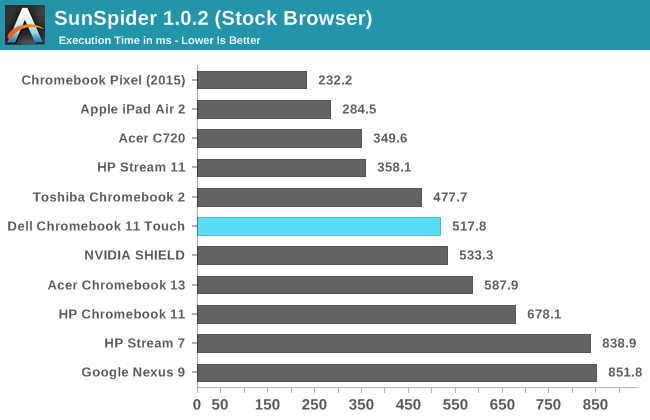 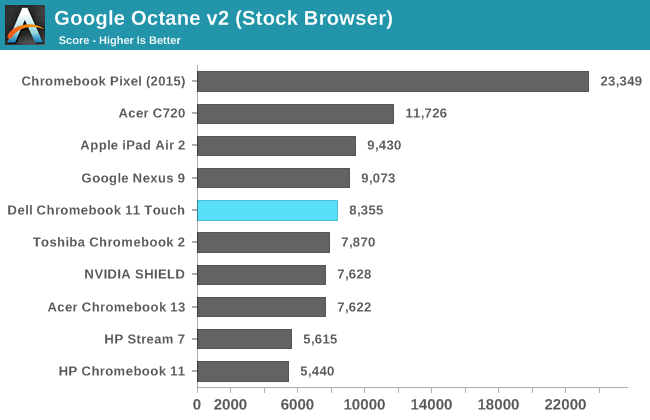 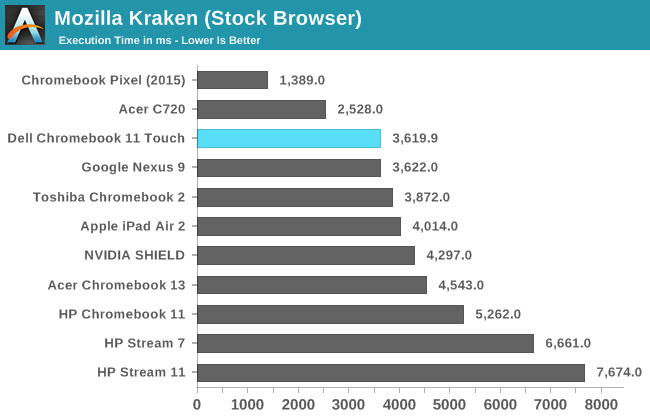 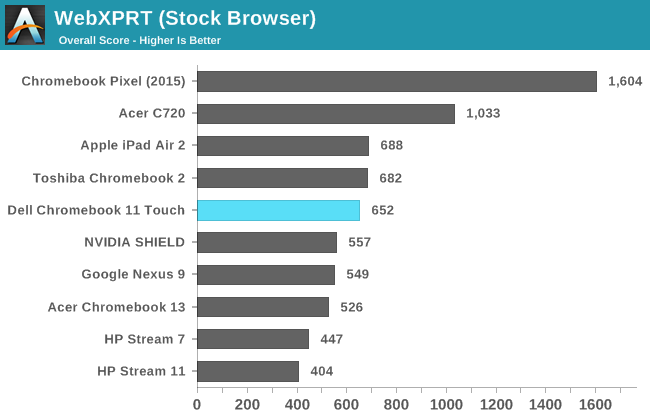 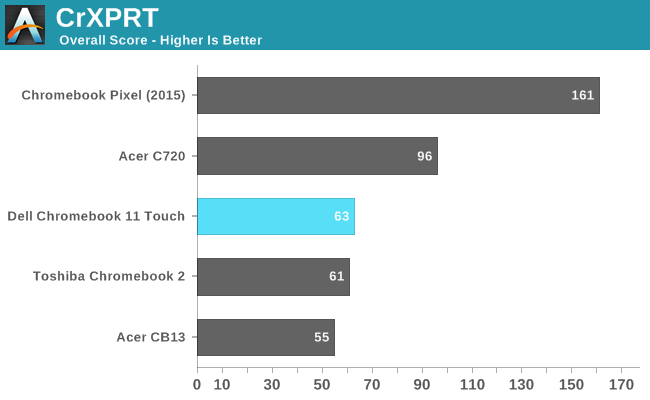 In all of our benchmarks, the Dell Chromebook 11 gets roughly the same results as the Toshiba Chromebook 2. There are some minor differences which can be attributed to variance in scores between tests, as well as updates that have been made to Chrome OS since previous reviews. When using the Dell Chromebook 11 it never seemed to struggle, and I think that users will have all the speed they need to do their work on the web even if the CPU doesn't offer class leading performance.

Since Chromebooks are devices that are primarily used to browse the web, it's important to have good WiFi performance. Most inexpensive Chromebooks opt for 802.11n, and sometimes don't even include support for the 5GHz band. Because the Dell Chromebook 11 is more of a mid range Chromebook, it includes support for dual spatial stream 802.11ac which is pretty much as good as it gets for laptop WiFi, with the exception of a few 3x3 devices that are on the market.

While there's no way to test WiFi performance in Chrome OS, it can be accomplished via other means with the use of Linux and iPerf. I'm hoping to eventually bring our laptop WiFi performance test from Windows to Linux in order to get TCP results that are comparable to those in our standard laptop reviews, but for now I've just put the Dell Chromebook 11 through the UDP performance test that we use in mobile reviews. 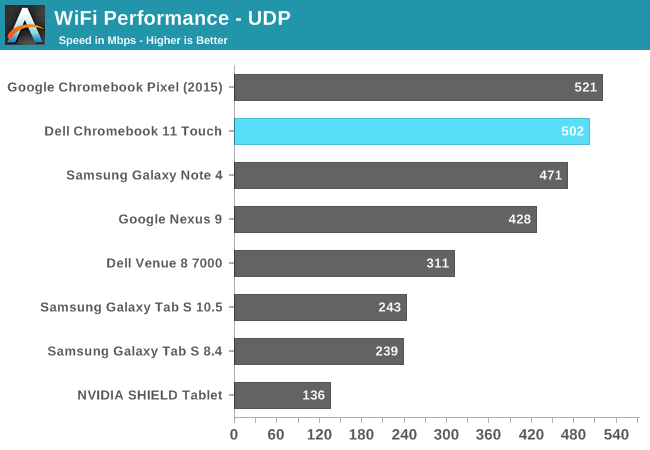