One of the things you always get out of an IDF conference is a lot of information about products other than Intel CPUs and chipsets. Although you rarely think about it, Intel's sphere of influence extends far beyond just the desktop world and into pretty much anything that requires silicon and processing power.

The one thing we were hopeful to see during the technology showcase at IDF was some examples of XScale enabled PDAs, maybe get a glimpse at Compaq's XScale replacement for the highly demanded iPAQ Pocket PC. Unfortunately we were left relatively unfulfilled with the only example of XScale PDAs on the show floor being these few prototypes: 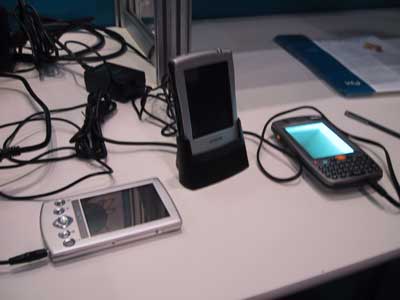 We've been told that it'll be late in Q2 before we see XScale enabled PDAs starting to ship so start saving up your summer budget to upgrade those iPAQs and Jornadas.