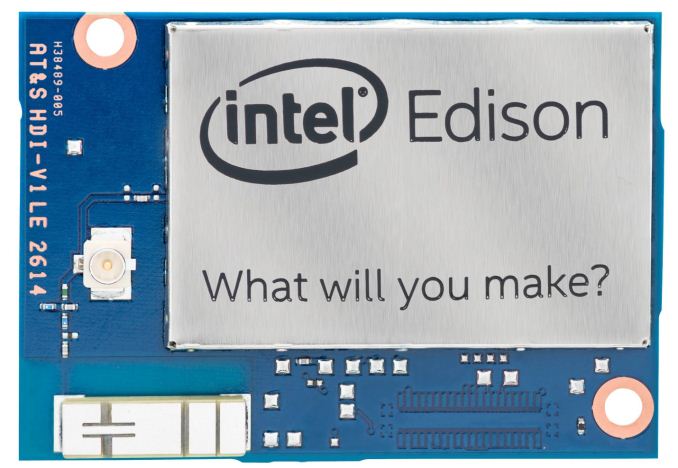 As part of today’s IDF 2014 keynote, Intel has announced that their Edison development platform is now shipping.

First announced back at CES, Edison is a development platform for Intel’s burgeoning Internet of Things development initiative. At just over a postage stamp in size and containing a dual-core Atom CPU and a Quark CPU, Intel is hoping to jump-start development of tiny internet-connected x86 devices by providing a complete platform for developers to use in their devices. Edison in this sense is closer to a platform on a chip than a system on a chip; it not only contains the processors and RAM, but also the wireless components, right on down to the antennas.

Fabbed on Intel’s 22nm process, the Edison platform contains an interesting setup that pairs a dual-core Silvermont Atom that runs at 500MHz with a Quark that runs at 100MHz. The Atom in this sense is the primary processor for the SoC, while the Quark serves as an embedded microcontroller responsible for running other functions on the platform. Intel pairs these processors up with 1GB of LPDDR3 in a 2x32bit configuration and a 4GB of eMMC NAND for storage. Wireless meanwhile is provided by a Broadcom 43340, which offers dual-band 802.11 a/b/g/n and Bluetooth 4.0. 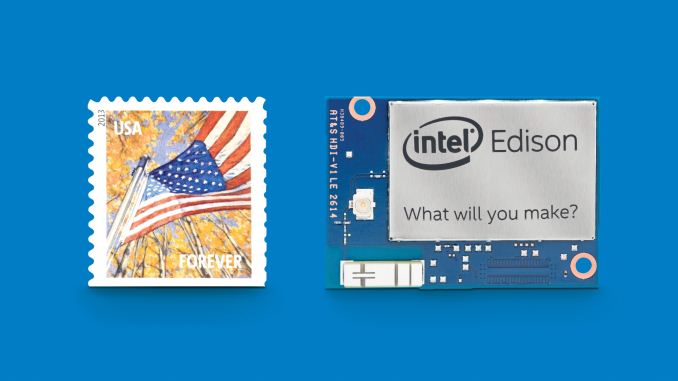 The Edison platform itself can be further attached to additional development boards to expand its functionality and access its I/O. Intel is demonstrating both a simple USB board and a more complex development board. But as Edison offers Arduino compatibility, it can take advantage of the current Arduino development ecosystem. 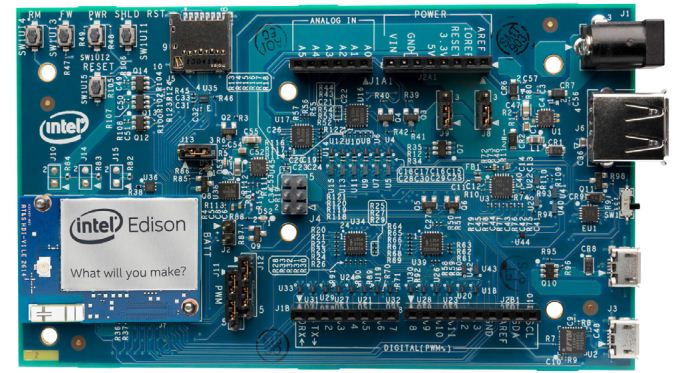 Finally, Intel tells us that the Edison module itself is expected to retail for around $50. Meanwhile the breakout board kit and the Arduino kits will sell for $60 and $85 respectively.