I really wish Kaveri could have launched on laptops earlier in the year. While Trinity was a decent solution, Richland didn't really offer much in the way of real improvements, and then seeing Kaveri on desktops first and laptops second was more than a little disappointing. The good news is that Kaveri laptops should start shipping in the near future, and overall they offer a good blend of performance and features that should help AMD be more competitive in the growing world of laptop computing.

Our initial performance results look about right, perhaps even a little lower than we'll see from final shipping hardware. There's also plenty of potential for improved performance as more applications start to leverage OpenCL, but AMD has been beating that drum for a while and it's been a relatively slow process. Yes, there are applications that can perform much faster with an APU than with an Intel CPU, but we still need more. It's fine to talk about HSA and Compute Cores, but until they make a tangible difference in every day applications they're mostly talking points. For people that truly need compute performance, I suspect they're looking at much higher performance parts than an APU.

One interesting example AMD discussed was using an optimized JPEG decoder to process images and generate thumbnails in a Windows folder. This is actually something I can see as being useful to a lot of people, and AMD was able to speed up the process by 80% compared to an Intel laptop running the stock Windows JPEG decoder. However, it's not clear how much of that performance increase is AMD being faster than Intel as opposed to the default Windows JPEG decoder simply being slow. 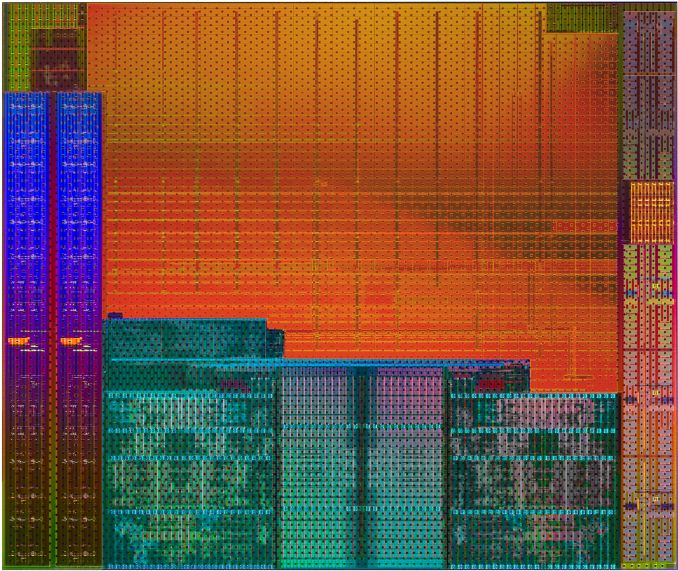 There are some notable omissions in our performance data right now as well. We were only able to test the highest performance Kaveri laptop APU, the FX-7600P, and even that was essentially in "beta" form. I think the 19W FX-7500 will be potentially more interesting, and if AMD is really able to hit close to max turbo speeds most of the time it could prove a potent alternative to Intel's 15W ULV processors. Something else I'm very interested in seeing is what sort of battery life AMD is able to coax out of these APUs, as Llano and Trinity both did quite well – or at least, they did well when the laptop OEM took time to get things right. And that is perhaps the biggest obstacle AMD faces right now: getting their APUs into laptops that don't cut corners in all the wrong places.

As I noted earlier, storage performance (i.e. having a pure SSD solution for the OS and primary applications) is now far more critical for most use cases than the choice of CPU. However, we can't even get $1000+ laptops to universally switch to SSDs, and it's going to be a long row to hoe getting anything priced under $800 to include one. You can just picture the bean counters: "Why are we using a $100 SSD that only holds 256GB instead of a $50 HDD that holds 1TB!? That's a terrible component choice!" On a similar note, getting a laptop with a good keyboard, trackpad, and screen is more difficult than it needs to be even on midrange laptops, and I've seen many an AMD-equipped laptop fall flat on its face thanks to penny pinching and cut corners in these areas. Finally, it's important to note that all batteries are not created equal; while it would be nice if a 56Wh battery was always a 56Wh battery, I know from experience that there's still a wide range of quality, including the ability to store a charge for more than a few weeks without going dead.

But these things cost money, and when you're saving $50-$100 by using an AMD APU instead of an Intel CPU, the mindset often becomes, "Where else can we save money?" The result is a race to the bottom, and if laptop OEMs aren't careful they'll lose more and more market share to alternative devices. (There's a thought: someone make a Kaveri-based Chromebook. That could be interesting!)

Bottom line: AMD's Kaveri APUs show plenty of promise. Now I want someone to build a nice AMD-equipped laptop for under $800 (with or without a ULV APU). Take the core elements of a good Ultrabook, swap out the Intel CPU/platform for an AMD Kaveri APU/platform, and keep the SSD, form factor, and screen. If one of the major OEMs can deliver that sort of product at a lower price than the Intel equivalent, it would be an easy recommendation.