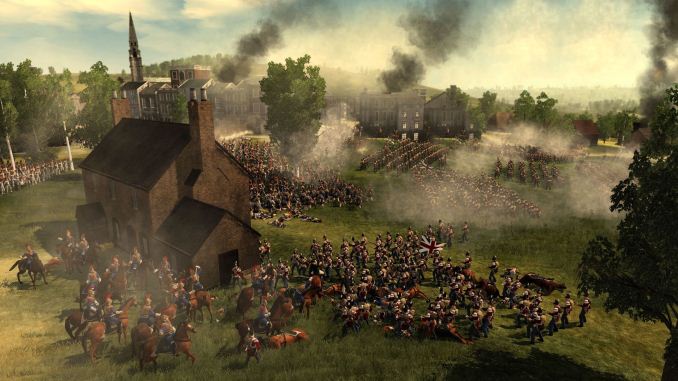 If you have a love for strategy games, the final bundle in Humble Bundle’s two weeks of daily bundles will be right up your alley. It’s a potentially great deal if you happen to want – and don’t already own – the various games from the Total War franchise. Or if you already own all of the Total War games you want, you can always just donate any amount to receive a collection of artwork from Napoleon: Total War. That’s the only part of the bundle that doesn’t have a minimum price, so I suppose you could always donate $0.01 and get the art, but what else is available? Here’s the rundown of the bundle tiers:

Note that the minimum price/donation of $7 for the Napoleon: Total War Collection is actually less than the current average donation, so if you only want that game you’re better off paying $7 rather than trying to beat the average, as the current average donation is quite high. Of course, the reason the average is so high is that the $25 and $45 tiers are quite enticing. [Update: The Napoleon: Total War "beat the average" tier has now been merged into the $7+ tier.]

If you’ve somehow missed playing any/all of the Total War games, they are highly regarded as interesting and complex strategy games. They combine strategic elements (on maps somewhat similar to Risk) with real-time battles featuring hundreds of units. While they are real-time strategy games, the style of combat is far less click-heavy than games like StarCraft; these are far more cerebral RTS games, and you send commands to groups of units rather than individuals. The storylines are also compelling, with a great deal of historical content peppered throughout each campaign.

Humble states that the total price for all of the above comes out to $299, though Steam already offers the Total War Master Collection and Total War Grand Master Collection, but at $90 and $165 they’re both far more expensive than the cost of this bundle. Either way, you could probably spend the better part of the next year (or more!) trying to beat all of the campaigns that you get with the $45 tier. The question then is how much free time you have, and whether you have any other obligations that might cause problems. If you happen to start playing any of these games, there’s a good chance you could end up with a very upset significant other.