For those that have been following recent reviews, they might notice that the CPU performance section is now mostly similar. In short, the Ascend Mate 2 uses Qualcomm's Snapdragon 400. This particular version has four Cortex A7s for CPUs, and an Adreno 305 for the GPU. Because this is the 8x28 variant, rather than 1.2 GHz maximum the CPUs can reach as high as 1.6 GHz. Based upon some testing, it doesn't appear that the GPU has a higher clock, so performance in 3D/2D applications generally remains equivalent to other Snapdragon 400 SoCs. While I'll cover my thoughts in more detail in the software section, this SoC doesn't have any issues with performance in general day to day tasks, and the UI isn't too heavy for the SoC. 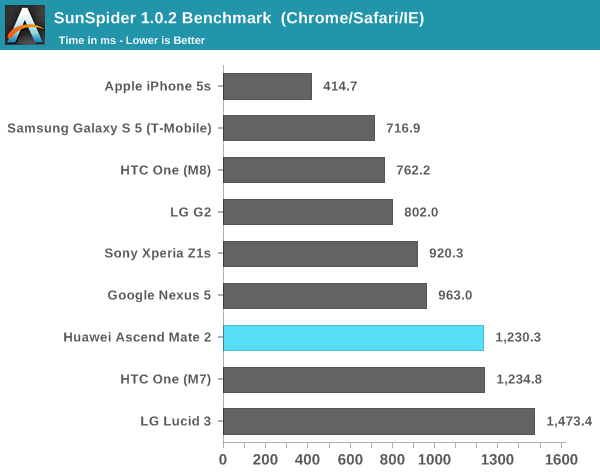 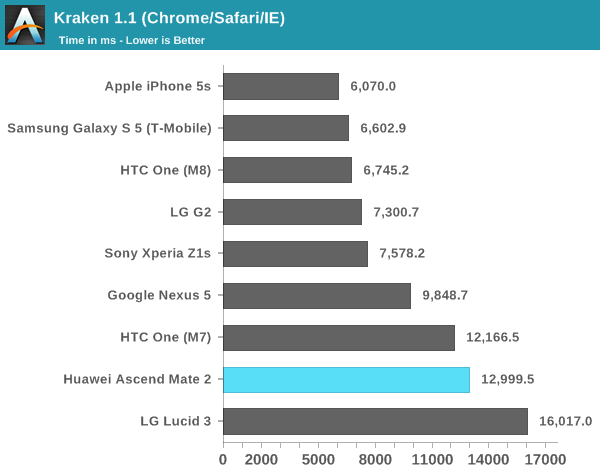 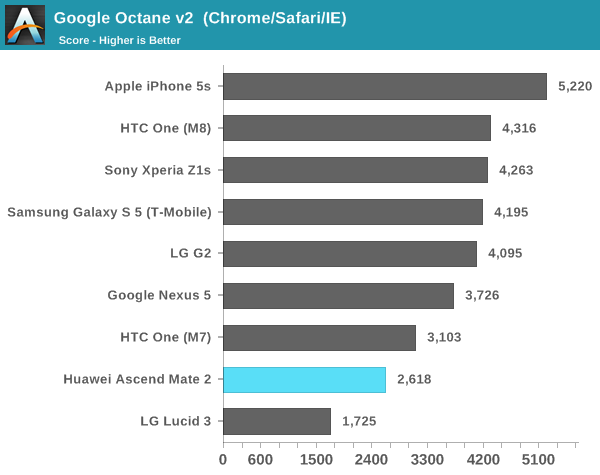 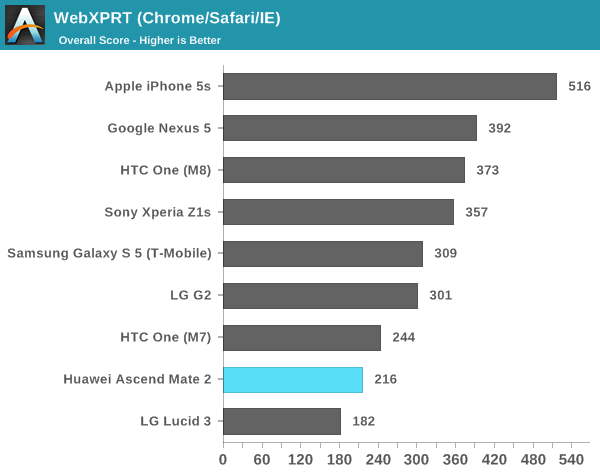 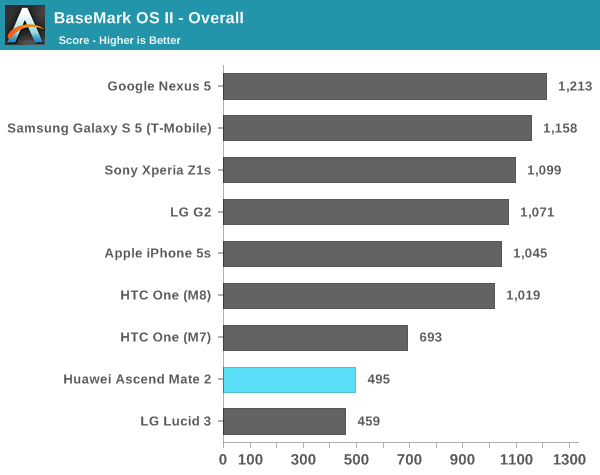 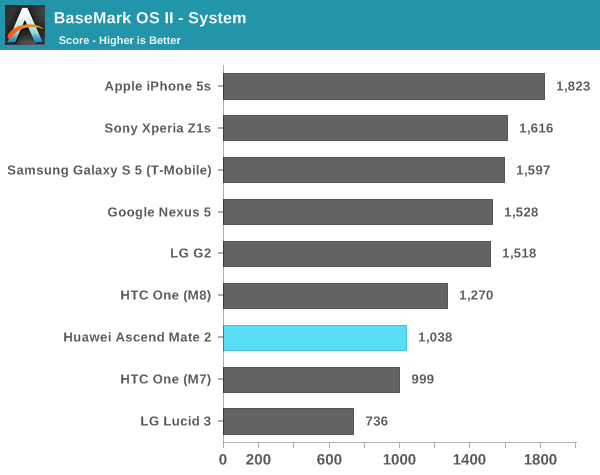 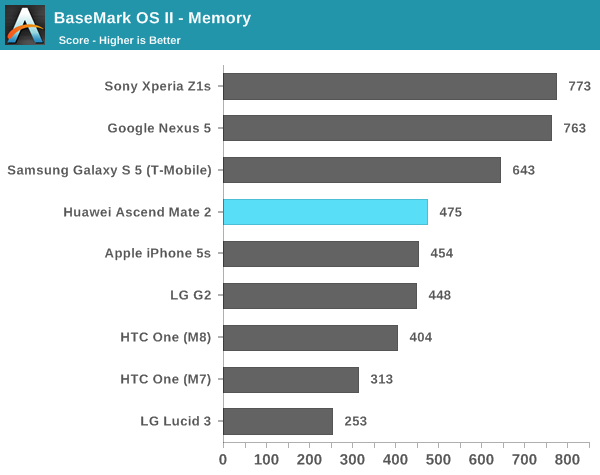 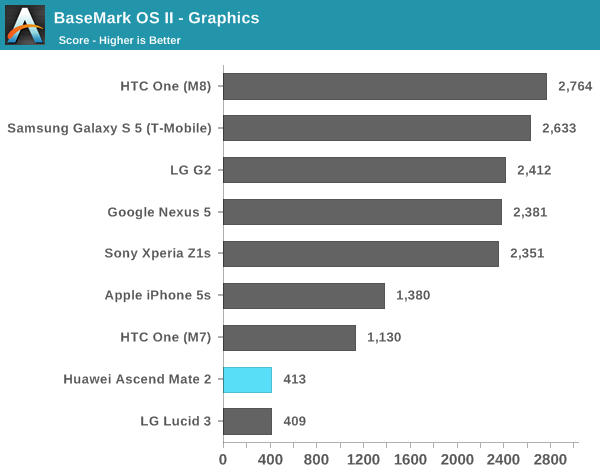 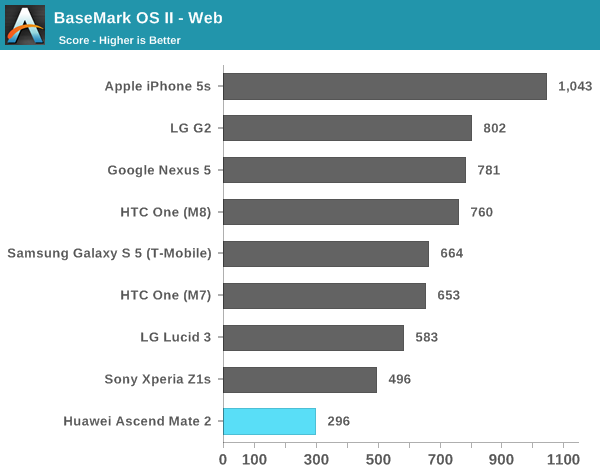 In GPU and this SoC in general, there's very little to talk about by this point that hasn't been said before, so I'd refer to the One mini 2 review or the Moto G review. Across the board, performance results are as expected for this platform, although the older Android version can hurt performance. 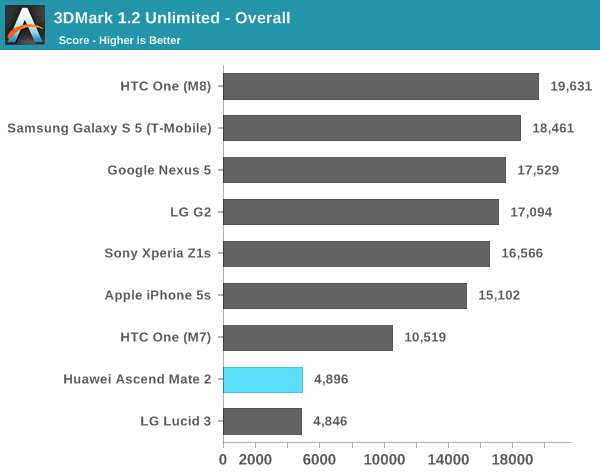 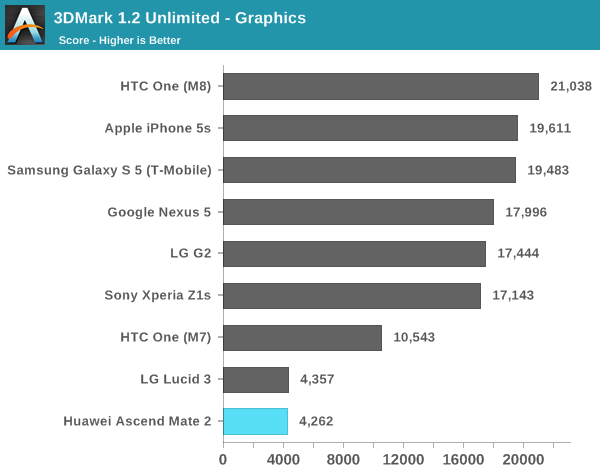 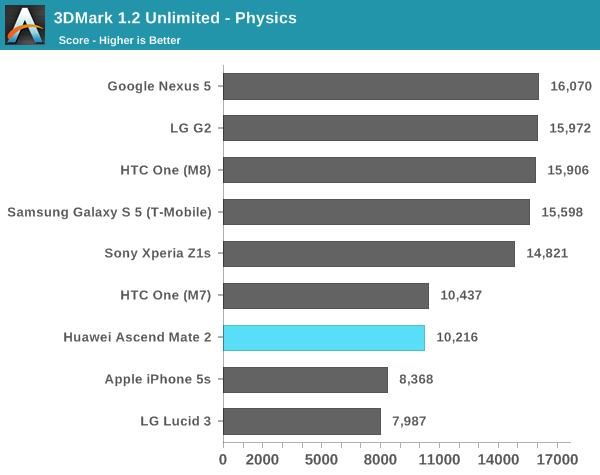 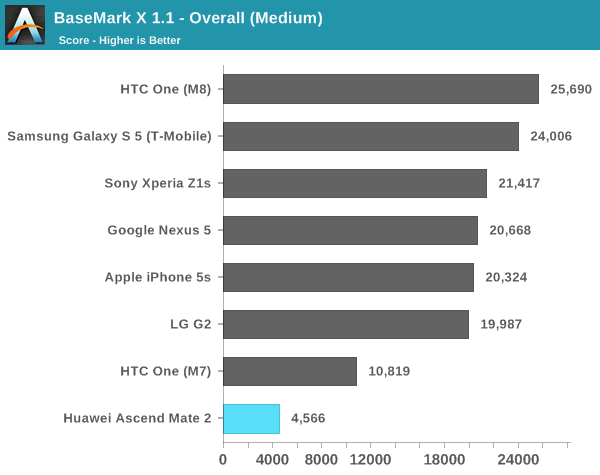 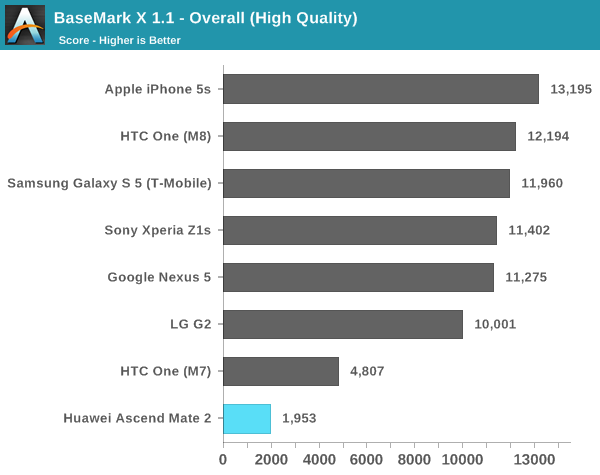 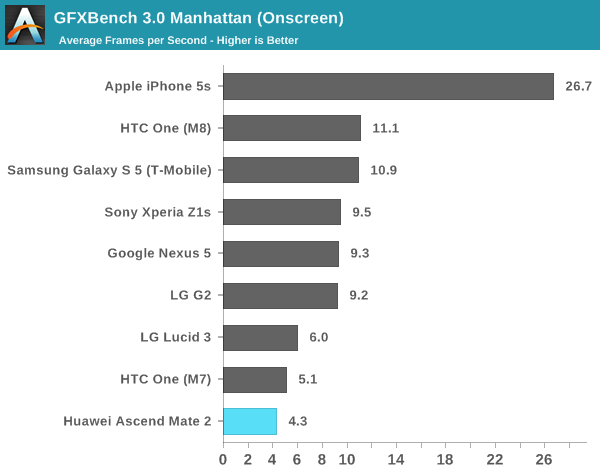 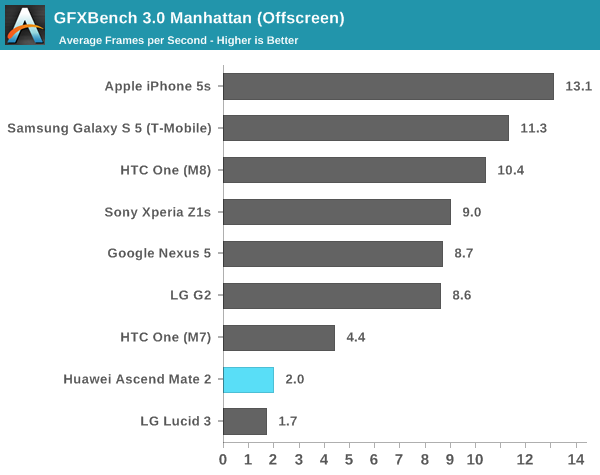 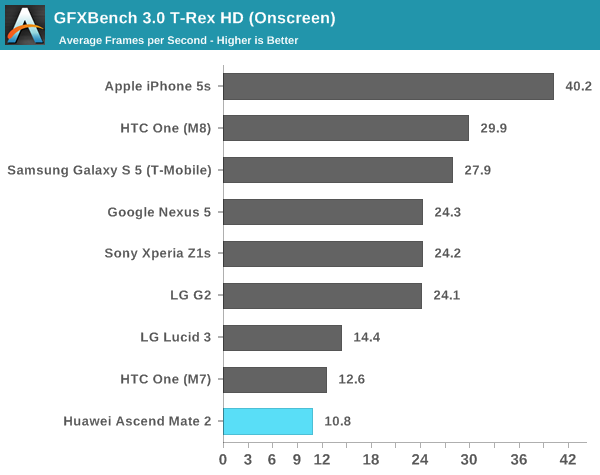 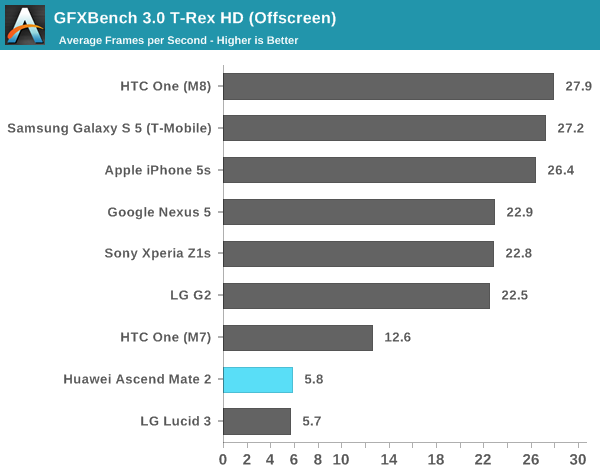 Like much of the rest of the phone, the Mate 2's internal NAND performance is surprisingly competent for its price class. In fact, when it comes to random write performance, the Mate 2 is not far off present generation flagships (and ahead of the Galaxy S5) 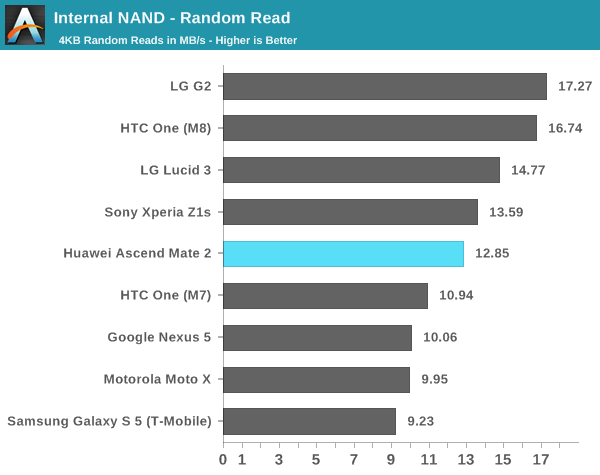 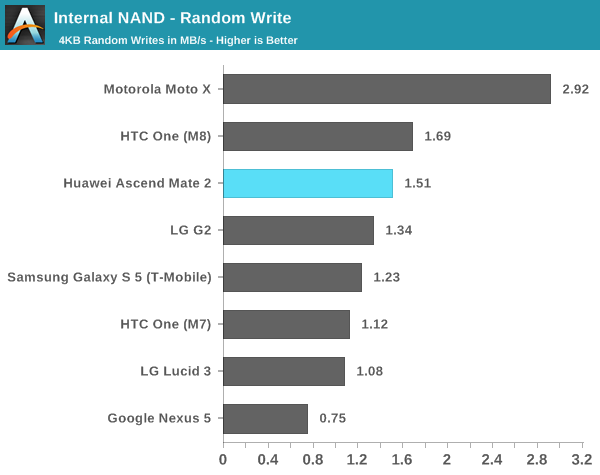 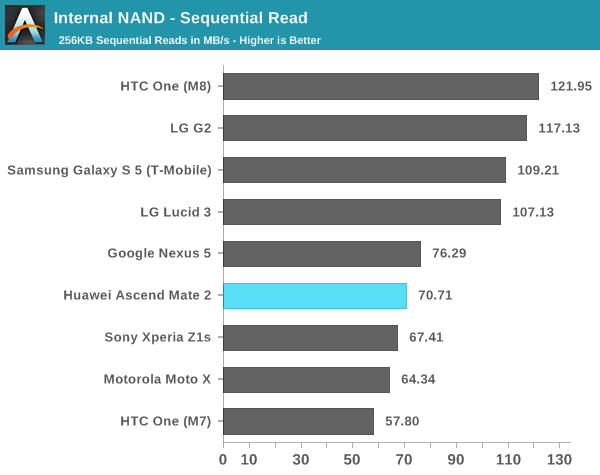 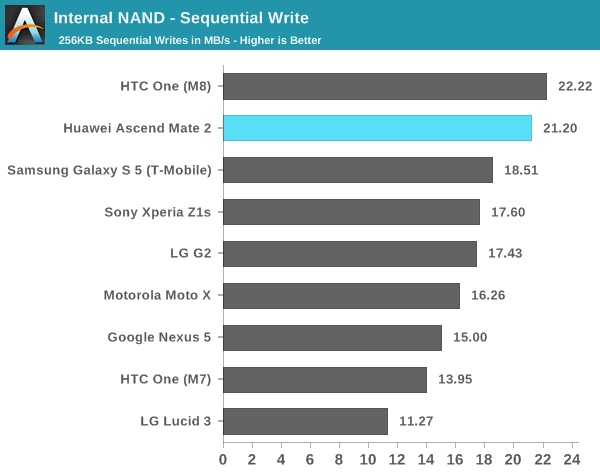