As we mentioned on the previous page, the chassis of the Milo ML04 is made out of 0.8mm SECC steel. As a material, it withstands aging well but the thickness makes it flimsy, even for the narrow surfaces of the slim desktop case. Silverstone however thought ahead and installed two support braces, one at the top left corner and one diagonally across the center of the case. They do a remarkable job of maintaining the mechanical cohesion of the chassis and that becomes apparent once they are removed; when the supports are removed for the installation of components, bending certain parts of the case requires no more strength than that of a small child. 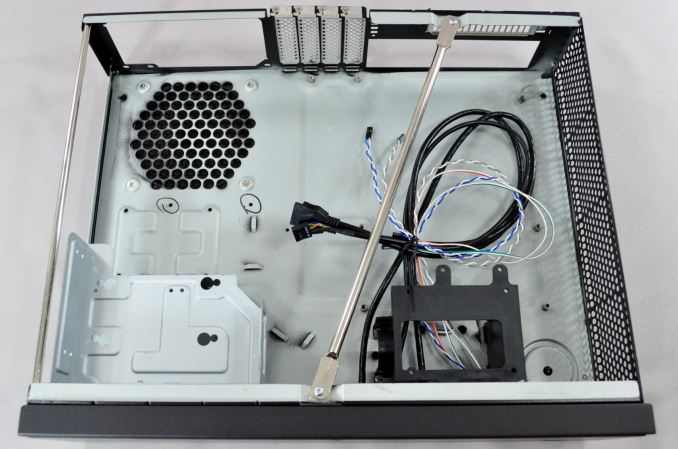 There are several points for cable straps, which ought to help with cable management a little. Silverstone ensures that you will have at least some cable management to do, as the cables of the case itself are peculiarly long, enough for them to easily reach a motherboard sitting on the table behind the case. All of the cables, especially the thicker USB 3.0/audio headers, could and ought to be significantly shorter.

Two cages come pre-installed for holding drives, both of which are removable. The metallic cage to the left side of the case can hold a 5.25" optical drive, or a single 3.5" drive, or two 2.5" drives. In any case, it will have to be removed from the case to install these drives. Beneath the metallic cage, a second 3.5" drive may be installed, mounted on the floor of the case with long screws (provided) inserted from the bottom of the case.

The plastic cage on the right side of the case is an odd design that can hold either a 2.5" or a 3.5" drive. Again, it will have to be removed before you can install the drives, as the mounting screws are inserted from the bottom. It is obvious that Silverstone tried to maintain a level of versatility here by allowing a 3.5" drive to be installed, as the drive will not fit sideways and it has to steer clear of the motherboard. On the other hand, there is already a mounting spot for a 3.5" drive beneath the optical drive bay and thus this plastic bracket appears slightly redundant, as it could have been replaced by a cage capable of holding more than two 2.5" drives. 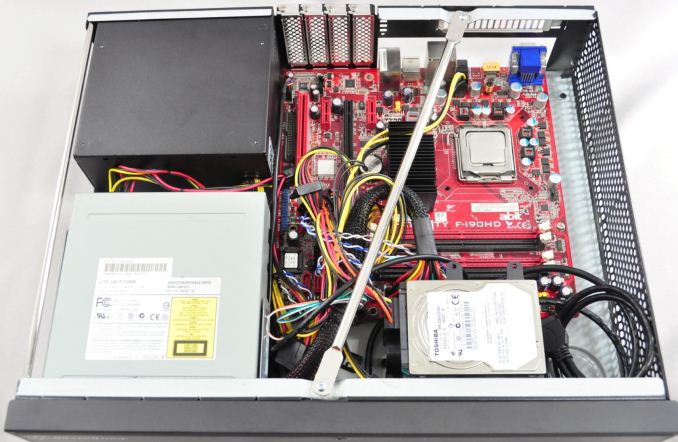 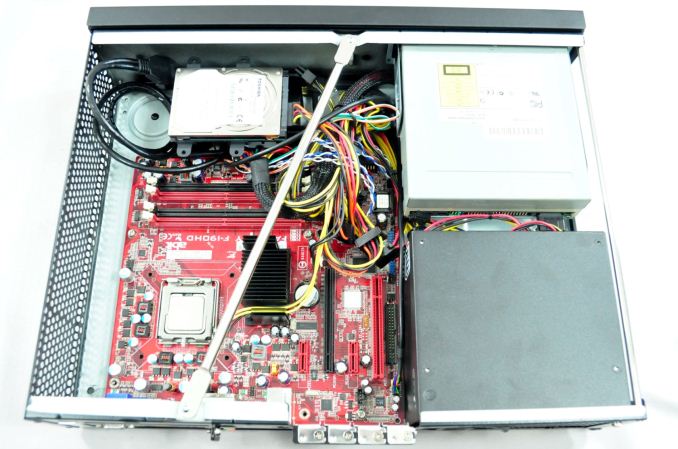 The interior of the Milo ML04 is not exactly spacious, as Silverstone tries to minimize the depth and height of the case in order for it to fit in with other A/V equipment, but the layout of the case provides very good access when building a system. Due to the layout of the case however, there are several limitations. For instance, you cannot use a PSU longer than 140mm and an optical drive longer than 170mm. Still, even if you adhere to these specifications, the components are so tightly packed that you cannot perform any sensible cable management. As a matter of fact, it is not even possible to attach the cables to an optical drive while it is installed.

Finding a proper PSU for the Milo ML04 is not as easy as it sounds. The chassis needs to be 140mm long (or less) and PSUs with long cables are a curse inside such a case, which rules most high-performance units out of the equation. Using a modular PSU is not a great solution either, not because you will not be able to access the connectors but because the depth they add to the PSU can cause problems, as there is almost no clearance between the PSU and the optical drive. As for the PSU intake, it has a filter installed, accessible from the bottom of the case. The only downside is that the filter is secured with screws, so there is no fast and easy way of cleaning it. Silverstone supplied us with one of their Strider Essential series PSUs for testing, a simple and cost-effective power supply, which appears ideal for such a system.

We can recommend a little trick here; as the power requirements of a typical HTPC system are very low, it might be a good idea to get a low capacity SFX PSU instead. Most SFX PSUs come with ATX adapters, and their chassis is much shorter and thus will allow for much better cable management. Furthermore, a 250-300W SFX PSU will actually be far more efficient, as the power requirements of the system will be within the unit's operational range (all switching PSUs are extremely inefficient if the magnitude of the load is below 20% of their rated capacity). 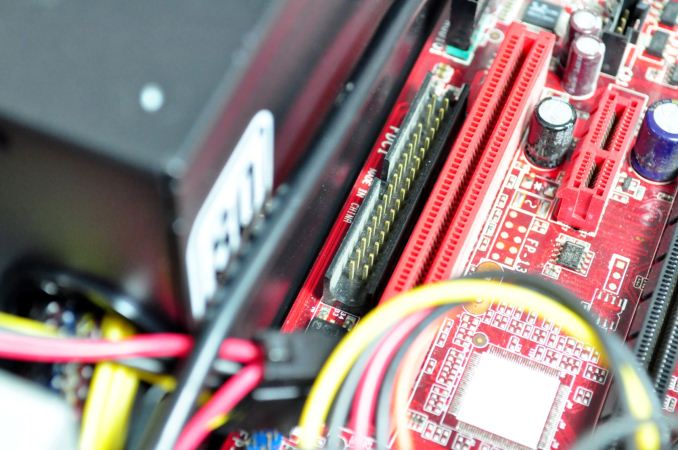 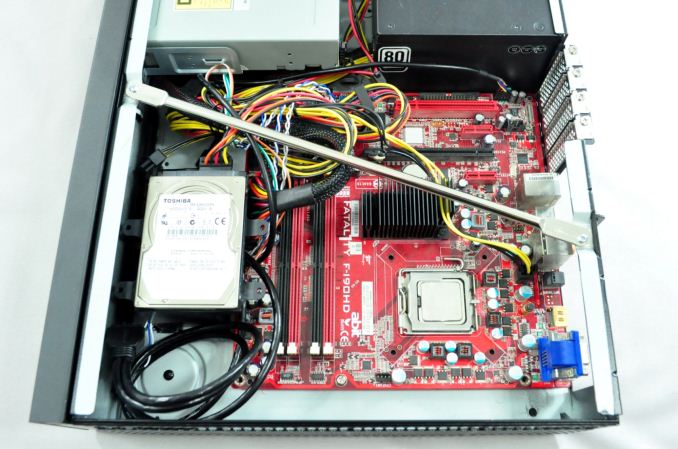 The installation of a full-size Micro-ATX board inside the Milo ML04 is possible but routing the cables will require nerves of steel. The plastic drive cage will have to be removed in order to access the connectors beneath it. Due to the lack of space, most cables will amass above the bottom right corner of the motherboard, unavoidably creating a mess. There is no clearance between the motherboard and the PSU or the plastic drive cage; it appears that the case was designed to bring everything together as tightly as possible. As for the expansion cards, four low profile cards may be used. It is also possible to use a riser and install a full size single-slot card above the motherboard, but that would also limit the height of the CPU cooler from the already constrictive 70mm down to an absurd 36mm. The installation of any full size mainstream or above gaming graphics card is entirely out of the question.