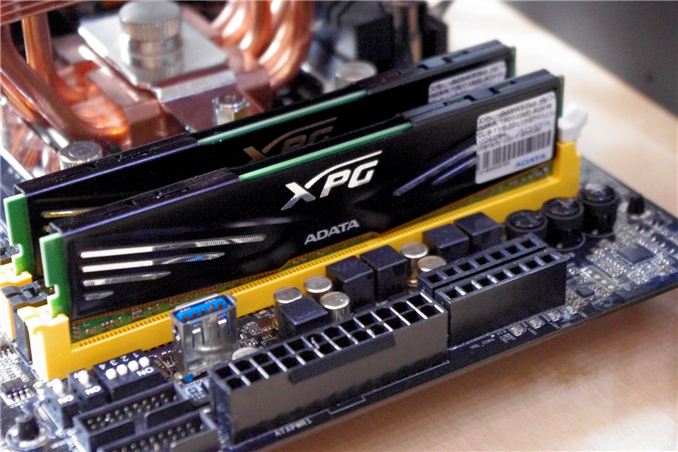 For the next in our series of memory reviews on Haswell, we have another ADATA kit to test: this time a low voltage 2x8 GB kit featuring DDR3-1600 C9 timings.  Being lower down the chain on a SKU list, the heatsinks are also smaller than the ones previously tested, and come in at £125.  Previously in our big roundup of Haswell testing we suggested 1866 C9 being the minimum people should consider: would going 1600 C9 LV matter that much in results?

ADATA’s line away from the more extreme (2400+) memory setups is aimed more conservative.  If they were to use the same DRAM chips on board, those 2400 MHz C10 kits might hit lower voltages or lower CL numbers when we move down to 1600 MHz, so there is some potential in diversifying the product line of the same ICs as long as the market is there.

The AXDU1600GW8G9B-2G kit we are testing today is very unassuming next to those higher end modules – a simple small metallic based heatsink.  When using a large air cooler like my TRUE Copper, they were easy enough to fit in unlike some of the larger modules. 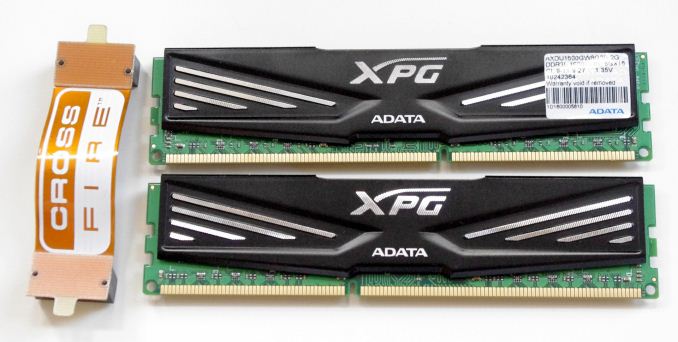 The lower voltage element of memory intrigues me, most likely for the wrong reasons.  The difference between 1.50 volt and 1.35 volt memory, in an overall system build, is not going to affect power draw in a measurable way.  If you were building a 42U rack of servers, then yes, multiply out the DRAM modules you need across all the sockets and it can make sense if they are going to be active all the time.  But at this juncture, even when a system draws sub 30W on idle and under 100W load, I cannot see a picture where moving from 1.50V to 1.35V makes a sizeable difference to a yearly electricity bill.  Others may argue this point, but finding consistent data that converts to a decent power saving is hard to produce or come by.  It would be more applicable to buy a lower TDP CPU (such as the i7-4765T, or E3-1230L V3) instead.  That leaves a bit of e-peen for being low powered and green as positives, and the kit obviously has to stand on its own two feet when we push through the benchmarks.

In our big memory round-up for Z87 and Haswell, our cautionary tale was that slower MHz (under 1866) kits, rather than being restrictive, have a few holes in their performance on certain benchmarks, causing a 10-20% performance drop compared to the asymptotic limit hit when you go beyond 2133-2400 MHz.  This ADATA 1600 C9 Low Voltage kit hits a couple of pot holes in that regard: WinRAR could be faster, as well as some of the minimum frame rates on a few games. 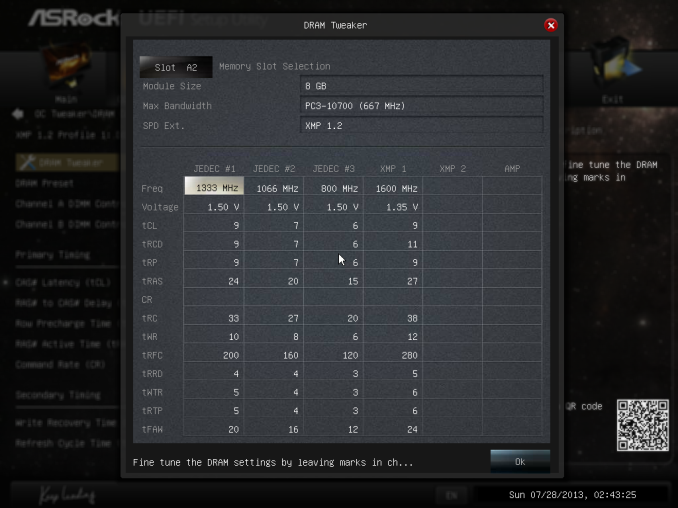 As you can imagine, this being our 1600 C9 kit for testing, the sub-timings are smaller than all the other kits we have tested.  With a PI of 178 out of the box, there should hopefully be some room to grow.

Thankfully ADATA have avoided using annoying plastic packaging that can be a pain to get into – there is a simple tab on the back to help open their XPG line of memory.  The packaging is simple enough, just a thin molded plastic to hold the memory in place.  Out the memory modules come, barely taller than memory without heatsinks. 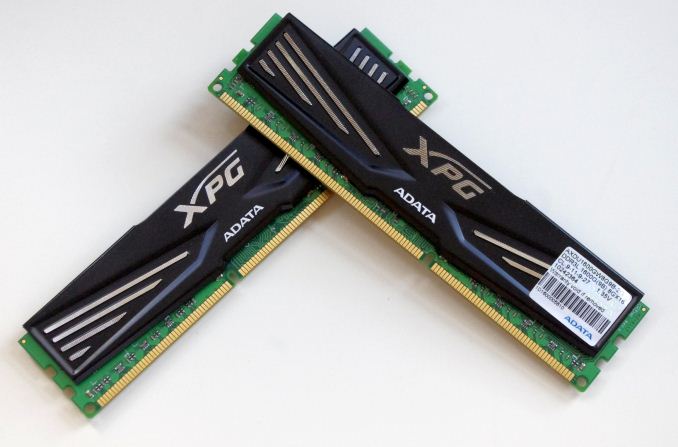 There is a slight z-height addition, but it should not affect many (if any) builds: 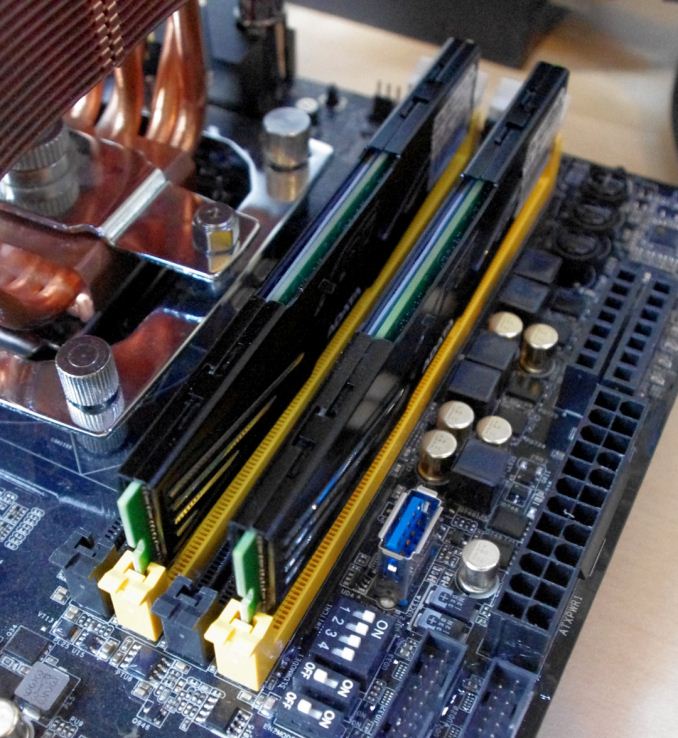