Even though we already let in on a sneak preview during our Holiday Guides, today marks the official launch of MSI’s mini-ITX Gaming Platform.  The platform has two aspects: a Z87 Haswell mini-ITX motherboard with 802.11ac wifi built for gaming, and a mini-ITX form factor GTX 760 GPU using MSI’s Gaming brand features and design. 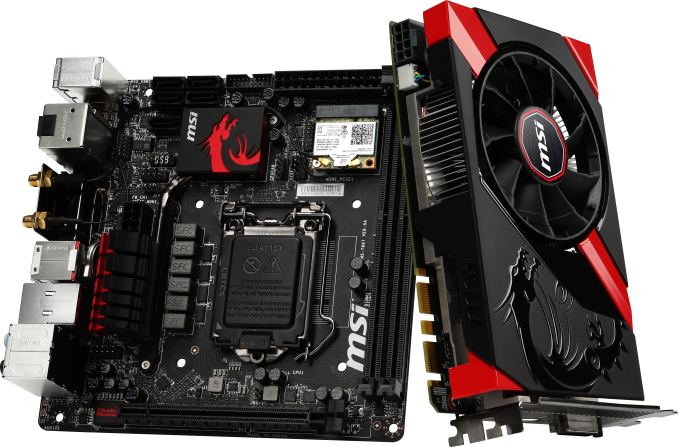 The GTX 760 Gaming graphics card builds upon the niche model launched earlier in the year and sticks to the mini-ITX philosophy: no PCB longer than 17 cm.  The GPU even comes out of the box pre-overclocked, giving 1152 CUDA cores at 1033 MHz base clock, boost going up to 1098 MHz.  MSI want to promote their new Radax fan design, a hybrid radial/axial fan that is claimed to provide the benefit of both types.  With the card we also get software for specific modes: OC Mode for core clock boost, Gaming Mode for stable gaming and Silent Mode for low noise.

MSI obviously want these two products paired together for a mini-ITX gaming build.  I always liked the 17cm GPUs just because there is so much power in a small sized graphics card, so as long as the heat removal is good I am all for it.  I am also glad motherboard manufacturers are getting on board with 802.11ac: the days of 1T1R single band are gone.