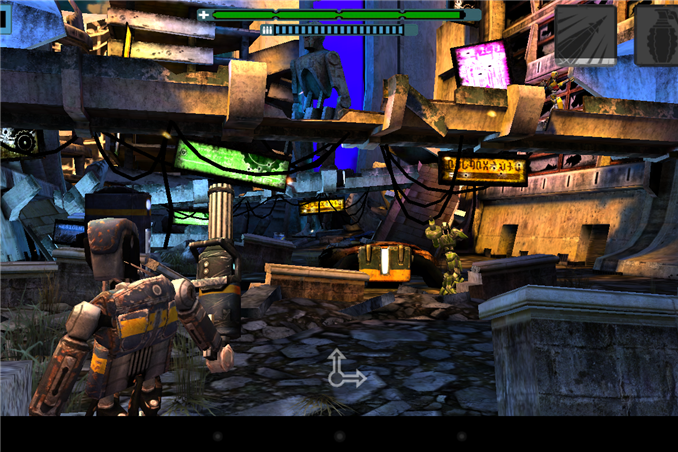 Need more games for your mobile Android device? Humble Bundle has you covered, with their latest set of six games. And for those of you who haven’t been keeping track, there will likely be several more added to the bundle next Tuesday. Options for supporting charity this time around consist of the Electronic Frontier Foundation and Child’s Play Charity. Two of the games in the current bundle are also debut titles for Android, making this potentially more attractive than usual. And as an added twist, all of the games are only available for Android this round.

Note that all of the above links/scores are for the iOS releases, but again this bundle is only for Android users. Installing the games on Android also involves a bit more work than your typical Steam key redemption (or GoG DRM-free package). First, you need to get the Humble Bundle (beta) Android apk and install that (I used ES File Explorer to install it and it worked fine; feel free to use something else). Then launch the Humble Bundle (beta) and sign in to your Humble Bundle account, and you should be able to download all of the above packages. EPOCH is by far the largest of the bunch, tipping the scales at over 500MB; Kingdom Rush weighs in at 133MB, Swordigo is 49MB, Ridiculous Fishing is 41MB, rymdkapsel is 30MB, and SpellTower is 12MB. In total, the six games will require 767MB for the APK files, and presumably additional space after installation, so plan accordingly.

Once downloaded in the Humble Bundle app, you can then install the games and you should be all set to play. The HB app should also alert you with any updates, though I’m not quite sure how that will work as these are the first games I’ve snagged via HB for Android. It’s not quite as convenient as snagging updates through the Google Play Store, but that’s part of the package at present. I’ll update this next week when additional content is announced.

As far as the games go, EPOCH is an Unreal Engine powered strategy/action game – you tap to target enemies and swipe to dodge, take cover, and reload, with additional power-ups available. rymdkapsel on the other hand is a bit difficult to describe; it’s a strategy/resource management game mixed with Tetris base building – you build your space station and fend off attacks, while trying to uncover the monoliths and gather resources. SpellTower should make vocabulary fans happy, with its game of words and several different modes available. Swordigo is a typical platformer with you jumping and stabbing/slashing/spelling your way through the world.

Moving to the bonus titles, Kingdom Rush is a pretty standard tower defense game with four tower types and a variety of upgrades to the towers, along with special abilities to help boost you when needed. And as for Ridiculous Fishing, its name is absolutely accurate, and it has very little to do with actual fishing – instead you dodge fish on the way down, grab as many fish as you can on the way up, and then go crazy with your gun as they launch into the air. Also, Ridiculous Fishing is at least buggy and laggy on one tablet where I tried it (Dell Venue 8), though it works fine okay on an Acer A700 (Tegra 3 1920x1200).

Keep in mind that as these are all mobile Android games, pricing is generally far lower than on PC games. EPOCH is normally $2.83, rymdkapsel is $3.99, SpellTower is $1.99, and Kingdom Rush is $1.99. Swordigo and Ridiculous Fishing aren’t listed on the Play Store yet, but they’re both normally $2.99 on iOS. All together that means the retail price of the six (current) games comes to $16.78. Of course you can give all of your donation to charity, but if you’re looking for a bargain on some games keep those prices in mind – you’re basically looking at a 66% off sale.