Galaxy is known more for their graphics cards, and in particular the HOF/SOC series of high end NVIDIA cards - some models of which have featured a white PCB.  So you can imagine my surprise to see a motherboard sitting in the line of ‘new products’.

The Galaxy Z87-HOF has one feature which sets it apart from all other Z87 motherboards – it claims to have full PCIe 3.0 x16/x16/x16/x16 support using only one PLX chip.  Normally on motherboards we encounter the PLX 8747 which takes 16 CPU lanes and multiplexes/buffers them into 32.  The Galaxy Z87-HOF uses an upgraded version of the PLX with the number 8780, providing 64 lanes of output for the 16 lanes input.  The 8747 version costs around $40 to the manufacturers, whereas this other model is nearer $100, so we can imagine the Z87 HOF might be a little expensive, although we get full bandwidth and latency of only a single PLX chip, despite the x16 uplink limitation.  The Z87-HOF uses the high-end IR3550 ICs from International Rectifier (the same ones we see on Gigabyte UP motherboards) – these are around $4 each and this motherboard has 16. 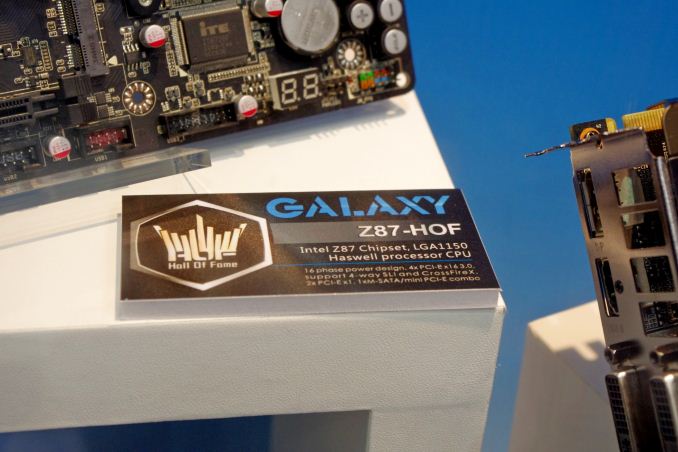 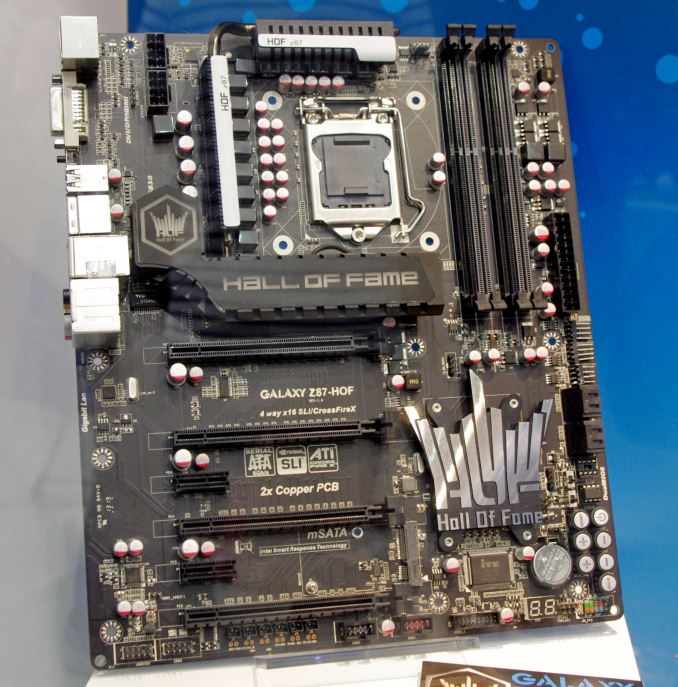 No word on release date, but apparently extreme overclocking team HKEPC have been providing feedback as to the design and capabilities.

The white PCB of the Galaxy 780 SOC was also on display: 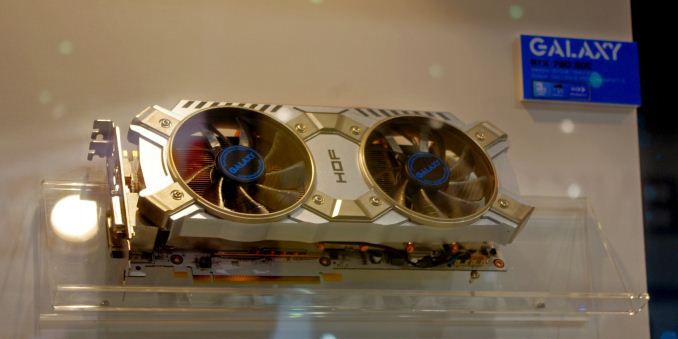 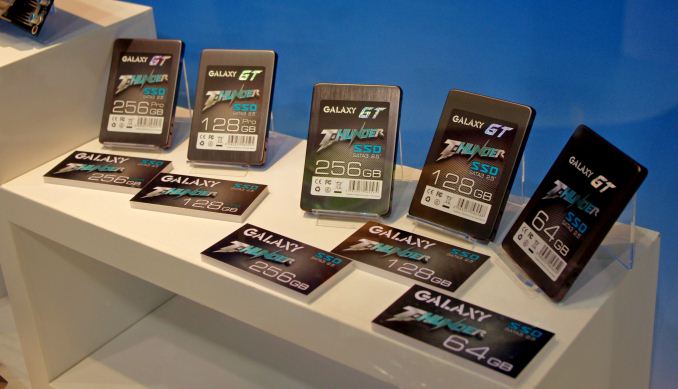 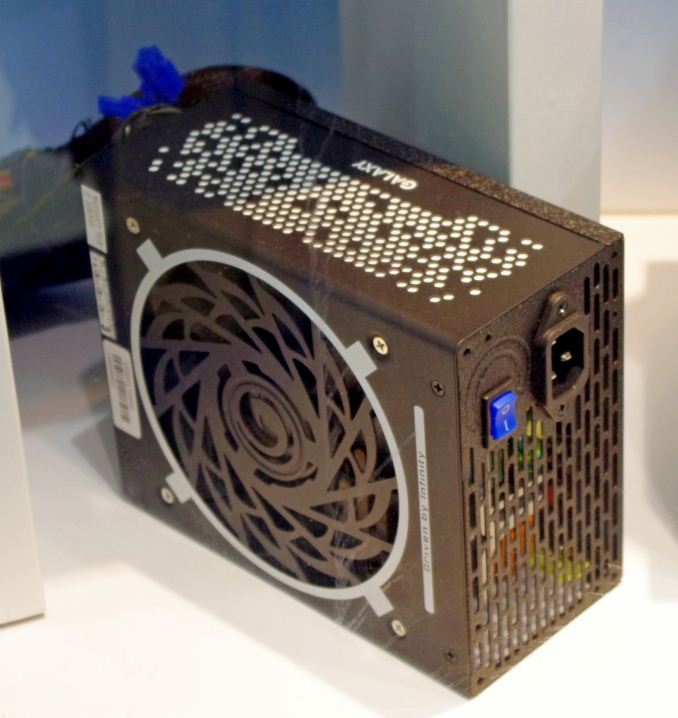