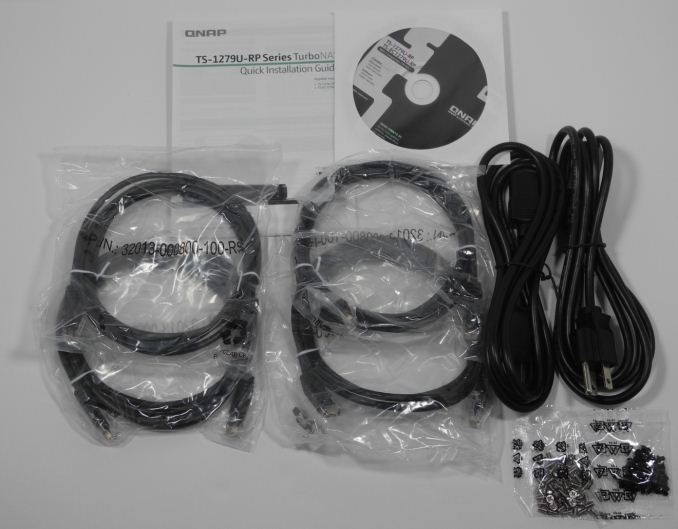 The front panel has twelve 3.5" drive bays arranged in three rows of four bays each. This leaves no room for a LCD display. The power button as well as status LEDs (network and power) are on the right side of the front panel. On the rear side, we have the VGA port for attaching a display, two USB 3.0 ports, two eSATA ports and four USB 2.0 ports. There are two GbE ports on the mainboard and two more on a half-height PCIe card. Two removable redundant power supplies round up the rear side of the unit. The power supplies are rated for 600 W each.

Inside the chassis, we have the E3-1225 CPU with a massive aluminium heat sink on top (passive cooling for the 95W CPU), one 4GB ECC DDR3 DIMM and a couple of spare SATA ports. The main board is isolated from the rear panel of the drive bays with three high speed fans which are user-replaceable (if the need arises). The SATA backplane consists of Marvell 88SE9125 SATA to PCIe bridges. There is one bridge chip for each SATA / SAS port, with a 6 Gbps SATA link on one side and a single PCIe 2.0 lane (5 Gbps) on the other.

On the software side, we found that not much has changed in terms of the UI since we reviewed the TS-659 Pro II. The setup process is very similar. There is an underlying assumption that the user / administrator is aware of various RAID levels (which is perfectly acceptable given the target market for this unit) as there is no automatic RAID level management. SSH access is available. 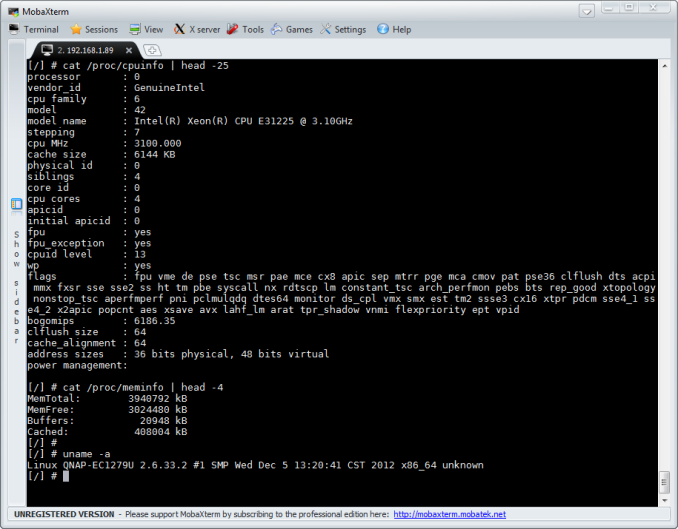 Even though multiple volumes can be created, a given disk can be a part of only one volume at a time. Disks can also be set up as hot spares. On the whole, the firmware has all the features that most IT admins would frequently use. In addition to the ability to configure the unit using the GUI, it would also be nice to have a CLI (command line interface) reference manual for this product level.

An overview of the setup process as well as the other features available in the current firmware is provided in the gallery below.

The firmware also comes with the ability to add more features using QPKG software expansion. There are a host of other features too, which we covered in detail in our review of the TS 659-Pro II. They are only of tangential relevance to this unit's target market, and hence, we won't go into detail into those features.

The disks can be set up in Single Disk, JBOD, RAID 0, RAID 5, RAID 6 or RAID 10 configurations. Available file systems are EXT3 and EXT4. Encryption is available on a per-volume basis.