The iPhone 4, when it launched, represented a clean break for Apple's industrial design. It replaced the soft organic curvature of the iPhone 3G/3GS with a detailed sandwich of metal and glass, something that arguably brought the feel of a premium device to a new level. Obviously, Apple had their fair share of issues with the design initially, and nothing could match the sinking feeling of dropping one and shattering the glass on the front and back simultaneously, but it was a small price to pay for the jewel-like feel of the device. Combined with the (at the time) incredible pixel density of the then-new Retina Display, the iPhone 4 was a revolution in hardware design. The chassis has aged remarkably well over the last two-plus years, so naturally it's a hard act to follow. 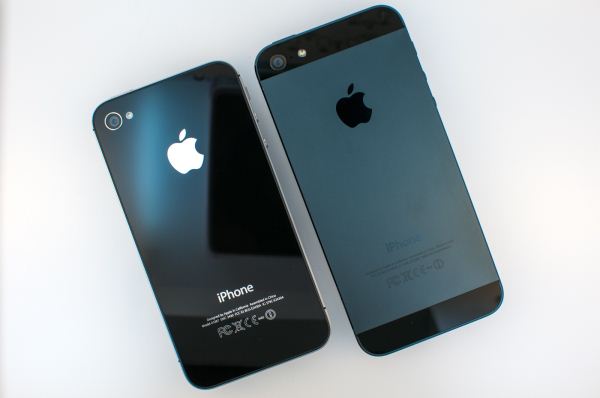 The 5 keeps a similar design language to the 4, keeping roughly the same shape as before but with a taller and thinner form factor. At first glance, the 5 actually looks almost the same as the 4, with an unbroken glass front face, prominent corner radiuses, the familiar home button, a rectangular cross-section, and metallic sides with plastic antenna bands. However, those metallic sides are part of an anodized aluminum frame that makes up a majority of the body, and that's where the industrial design diverges from the 4 and 4S.

In contrast to the predominantly glass body of the previous generation iPhone, the 5 is almost entirely aluminum other than the glass front face and two small glass windows at the top and bottom of the back. It's a return to the original iPhone/3G/3GS-style of construction, with the front glass clipping into a unibody chassis. It's a significant departure from the 4 and 4S, where the stainless steel band in the center was the main housing that the front and rear panels clipped into. That was pretty radical way of doing things, so it's not all that surprising to see Apple revert to a more conventional and less complex method for the 5. 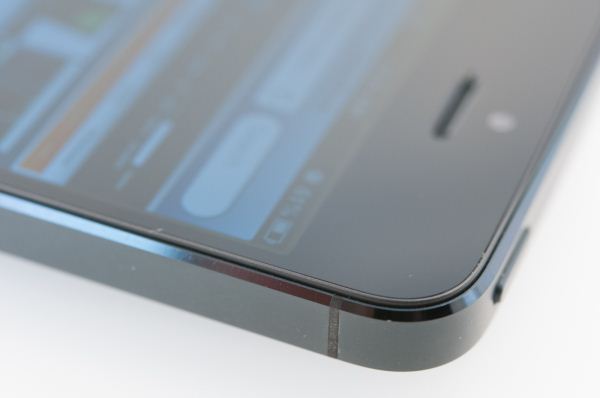 The aesthetic is actually pretty awesome, especially in the black version. The combination of black glass and off-black aluminum (Apple is calling it slate) gives the 5 an almost murdered out look that's three parts elegant and one part evil. The white and silver model has a classy look that's much friendlier in appearance than the black one. The color schemes and overall design aesthetic remind me of the Dell Adamo, one of my favorite notebook designs of all time. The similarities may be purely coincidental, but it's interesting to note nonetheless and should give you an idea of how premium the industrial design is. 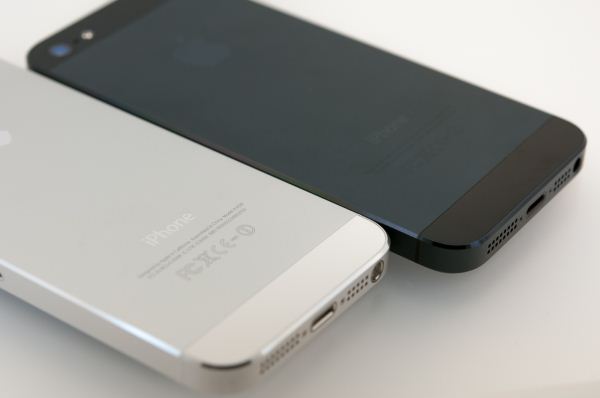 All three previous iPhone body styles had very similar dimensions, so the biggest question with the 5 was how much the larger display would do to change that. Unlike many Android manufacturers, Apple still believes in things like small pockets, small hands, and one-handed smartphone usage. With the 5 being vertically stretched but no wider than the previous iPhones, the biggest impact on in-hand feel is actually the thinner body. If you're used to a larger Android or Windows device, the change seems radical, but even compared to the 22% thicker iPhone 4S, it feels a good deal smaller.

It's not just the minimized z-height though, the 25% weight loss is definitely also a factor. Even a few weeks later, I still find it striking how much less substantial it feels than the 4 and 4S. The densely-packed glass body just had a reassuring weight to it that the 5 simply lacks. But as you get used to the new form factor, you realize how far Apple is pushing the boundaries of ultrathin design. When the 4th generation iPod touch came out, I told Brian that I wanted an iPhone with that form factor - well, the 5 is essentially there (0.3mm thicker and 11 grams heavier, but close enough). It's pretty impressive to think about. If you thought the 4S was one of the best phone designs on the market in terms of aesthetics and build quality, the iPhone 5 just pushes that advantage further.