The Archos 101 XS Review: Prettier, Faster, So Much Better

Archos has taken an approach to software development that has favored performance by leveraging every hardware advantage possible, and ignoring the urge to muddy the UI with their own skins and widgets. This we knew from their G9s and that persists in the XS. During our interviews with the Archos team leading up to our G9 reviews we also learned that they were committed to maintaining software parity with the G9s even well after successor devices had been released. The release of Jelly Bean has put that promise in a bit of jeopardy but, what we do know is that Archos will still aim for software feature parity across the two lines. That’s not to say they aren’t going to try to get Jelly Bean onto the G9s, simply that their first priority must be to get Jelly Bean optimized for the XS, and then they’ll set their resources onto the G9 build. 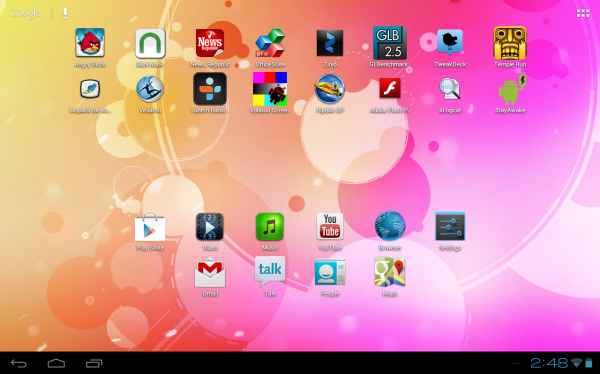 I’m hopeful, though. The decision to remain on OMAP 4 has the benefit of being able to use unified source code from which the G9 and XS firmwares are derived. So, once the XS Jelly Bean build is completed, the delta from that to a G9 optimized version of Jelly Bean is much smaller than if the two devices were running entirely different architectures. But even if Jelly Bean doesn’t make an appearance on the G9, Archos remains committed to bringing any optimizations from their Jelly Bean source that could benefit the G9 over to their ICS builds.

As to when that Jelly Bean build for the XS is going to happen . . . Well, it’s not clear, but Archos is hopeful that it could be sometime this fall, which is pretty aggressive considering how late in the summer the XS is being released. As soon as we have an update from Archos on that we’ll pass it on. 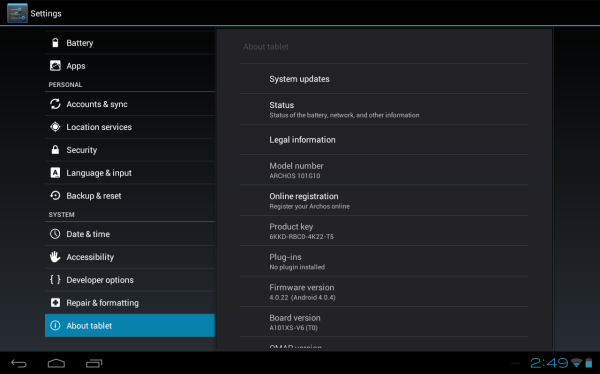 As far as this ICS build, well, it is actually a pre-release build and in some ways that shows. Archos has been dinged in the past for some issues with touch performance, and that seems to persist. There’s a significant component of that issue which is due to the hardware, but with the hardware finalized the only way to see any improvement in it is through software updates. Otherwise the UI and software is just like the current firmware for the G9s, with a stock UI and a custom media suite. The massive codec support that impressed us in the G9 remains intact, though that support does not extend to the stock player, only Archos 's own player. This does lead to some curious issues where a particular file won’t play on the Archos player, but plays just fine under the stock player. We’re not sure why the disparity, but so far we haven’t run into a common codec combination that wouldn’t play in either player, so most of your ripped content should playback just fine.

The bulk of the volume and weight of a given tablet is usually the battery. This is certainly true for the Archos 101 XS, whose slim frame is filled with a 25 Whr battery, matching the Transformer Prime, and nearly 10 Whr bigger than the Nexus 7. Like performance, though, battery life owes as much to the software, as it does to the hardware.

Our first test is typically the web browsing test, which cycles through 20 common webpages and tries to foil any caching strategies too ensure that the appropriate radios are activating. Unfortunately, with this pre-release software we encountered some browser instability during testing. We didn’t have any issues with the browser during day to day use, and we’ll update the review once we have a software build that resolves this issue. So, we’ll move on. 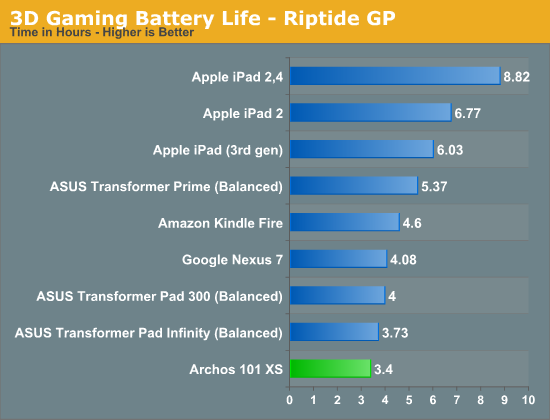 The 3D Gaming test is a new one, but one that should give an accurate estimation of the amount of time you can expect to spend playing an graphics intensive game on a given tablet. And things don’t look great for the 101 XS. The OMAP 4470 remains a 45 nm part, so there’s no rewards netted over the prior generation Archos tablets from a process switch. The SGX544 not only retains the higher clock speeds of the SGX540 in the OMAP 4460 (384 Mhz) but it also adds components, so the resulting increase in performance comes at the cost of playtime. It’s not necessarily a bad trade off, as performance is significantly better. 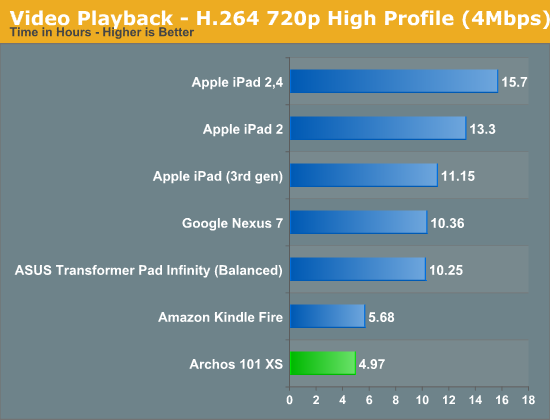 Our video rundown test has been updated, and involves the simple act of looping a movie with the brightness set to 200 nits. In talking to Archos, their testing put this test in the vicinity of 6+ hours; the difference being that they test at 150 nits of brightness to our 200 nits. The bright side of their result is that there are power savings to be gained in lowering the brightness if you can stand it. Otherwise, keep a charger handy. 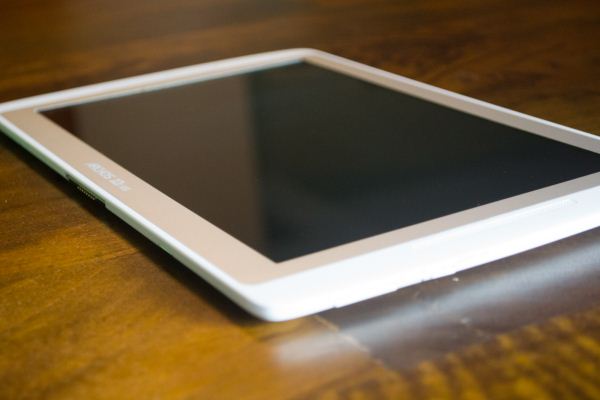 It's notable that several of the tablets in these charts have 10.1" displays backed by ~25 Whr batteries, so this isn't an issue of battery size. Archos has squeezed a lot of battery into a thin frame. The component power cost is just too high. The display may be inefficient, or the SoC not so quick to spool down, but the video test may point to a bigger issue. Like most modern SoCs TI's OMAP 4 architecture includes explicit video decode IP so that no AP or GPU cycles are used for video playback. The AP and GPU may remain active to handle background tasks or draw UI components for the video player, but even some of that should be handled by the low-power Cortex-M3 cores and the Composition GPU. It's likely that the aggressive governor set by Archos to ensure performance goals is keeping things spooled up a little more than necessary. ASUS' approach has been to offer user controllable governors, and it's an approach that could pay off for Archos, as well.