Ultrabooks got off to a very rough start. The initial designs failed to impress, but the second generation based on Ivy Bridge seem to be a lot better. We noticed significant improvement in our review of the ultra high-resolution Zenbook Prime, but there's a new problem: Windows 8 is due out before the end of the year, and it will definitely work best with touch enabled tablet/hybrid-notebook solutions.

In anticipation of Windows 8, ASUS announced its Tablet series as well as the Ivy Bridge based Transformer Book. The Zenbook Prime isn't going to be left behind however, as ASUS introduced a touch enabled version of the 11-inch Zenbook Prime (UX21A) at Computex.
The specs are identical to the UX21A we previewed last month, just with a 10-finger touch enabled display. It's also nice to see that the poorly animated brightness controls from the Windows 7 software build are now gone and replaced with native looking widgets in Windows 8. These touches are really non-negotiable in the battle to keep users from migrating to Apple. 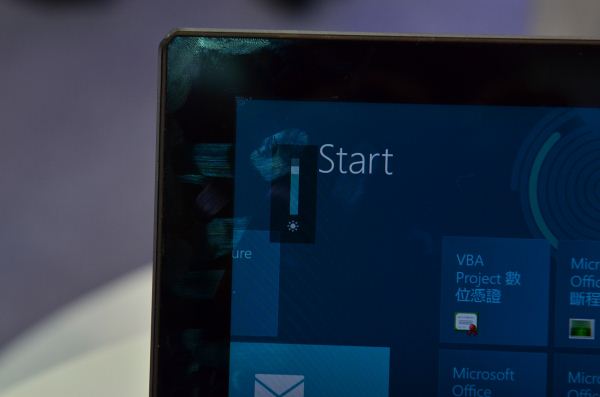