Since this is our first experience with Kepler, we ran the GeForce GT 640M through its paces at each of our presets despite the internal panel of the Acer TimelineU M3 only running at 1366x768. In the process we ran into a bug with Battlefield 3, though, where that game would crash every time we tried to change video settings in-game with a secondary screen connected. As a result we only have Battlefield 3 results at our "Value" preset.

Unfortunately we're also pretty shy on results of notebooks using our current gaming benchmarks, so for now these charts are going to feel a little spare. Thankfully, the most interesting comparison (that between the GTX 560M and the GT 640M) is something we can definitely provide. 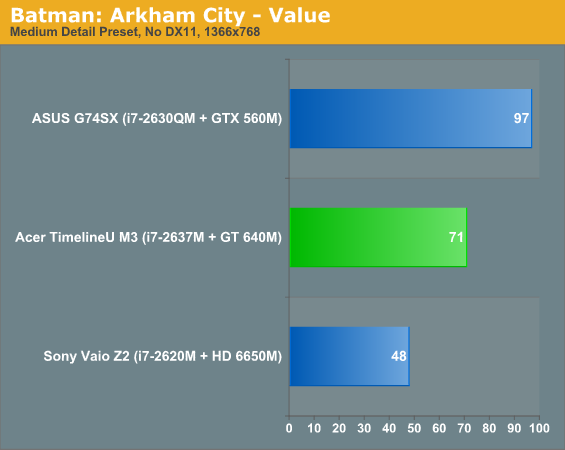 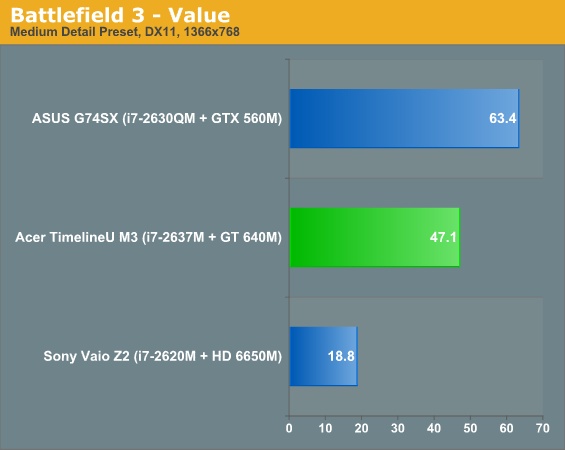 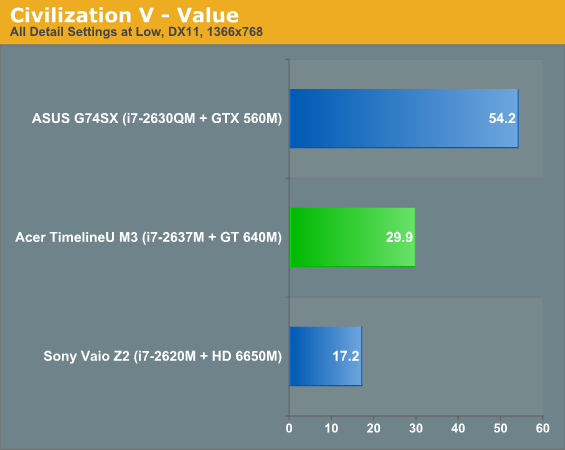 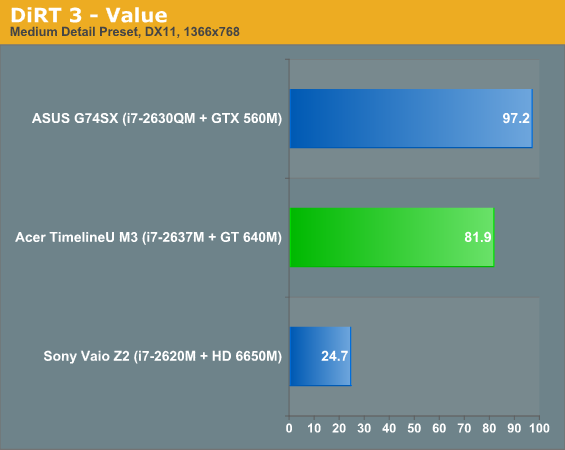 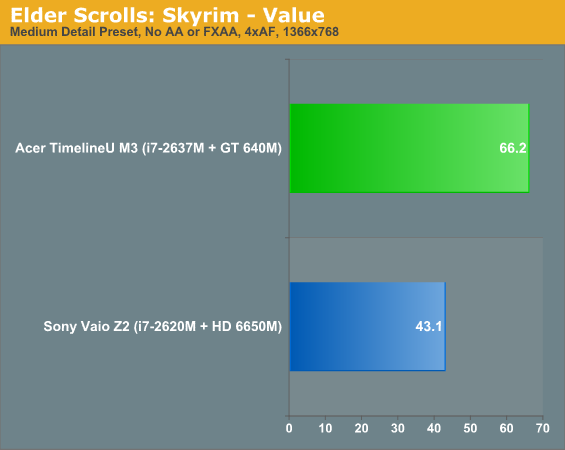 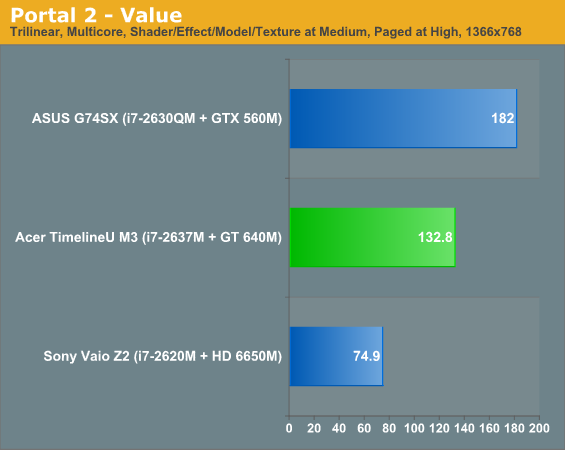 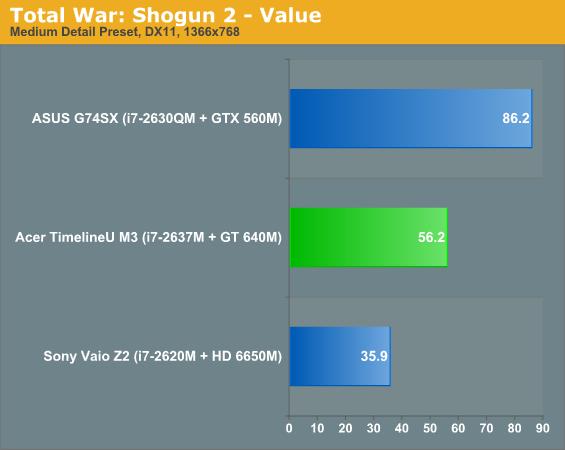 The 640M produces reasonable performance in each game. Given how it's tough to gauge just what clocks the 640M is running at and how little we can reveal about what we know of Kepler, it's difficult to pinpoint exactly what the bottleneck might be. It's entirely possible that at the Value preset is CPU-limited between the ASUS and Acer, while the 6650M in the Sony Vaio Z2 is likely bandwidth limited due to being used on a Thunderbolt connection and thus reduced to PCIe x4 speeds. 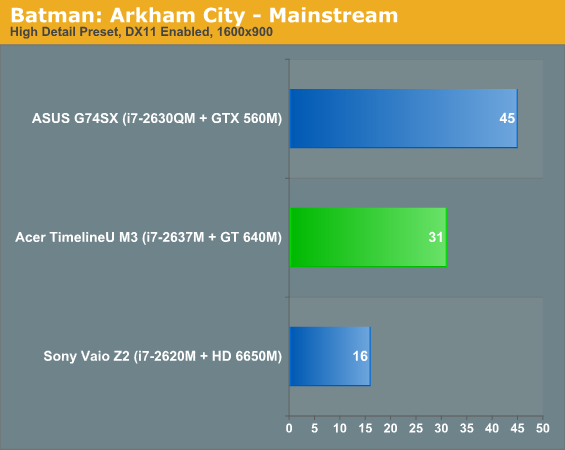 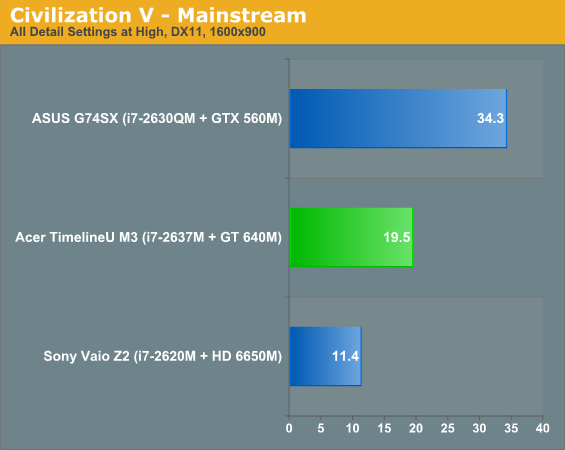 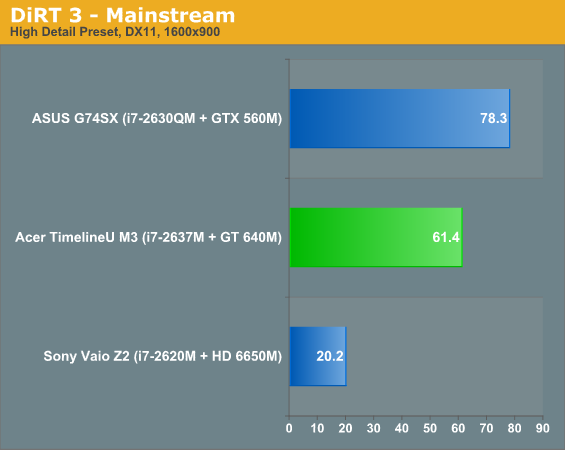 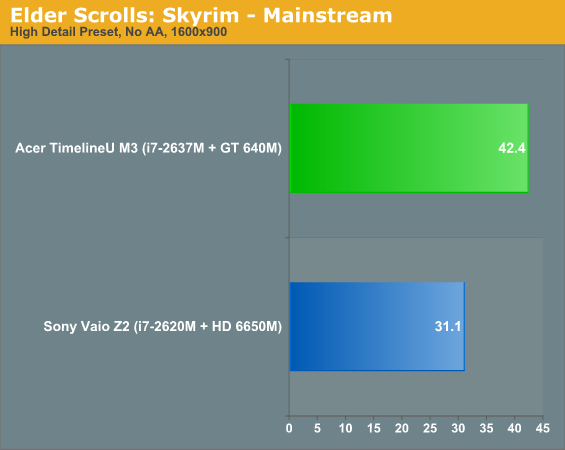 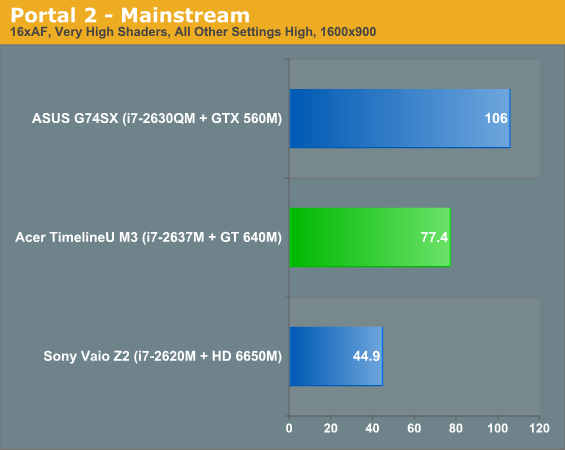 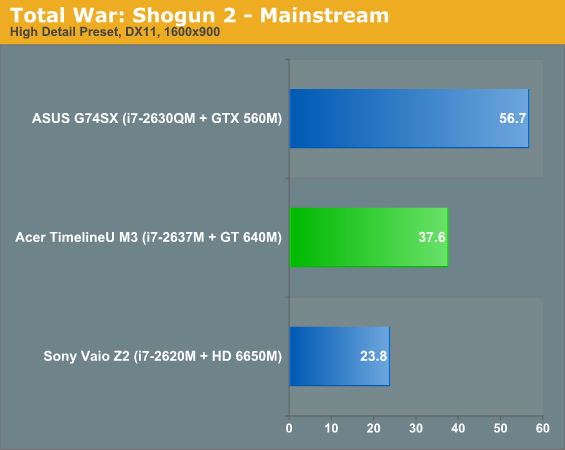 I'll take it as a point of pride that NVIDIA uses almost all of our benchmarks in their reviewer's guide, but what's interesting is that all of our results here are actually a touch higher than what we were told to expect. At 1600x900 the GT 640M is undoubtedly feeling the pinch from the 128-bit DDR3 memory bus, but it still holds its own. This is about the highest resolution you could conceivably want to run this GPU at, at least without GDDR5 (which the 640M does support). 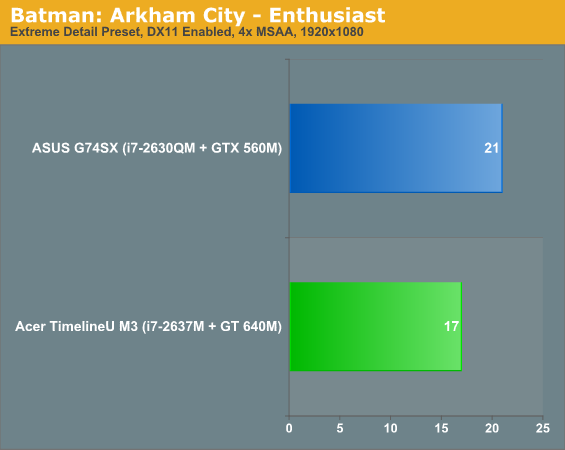 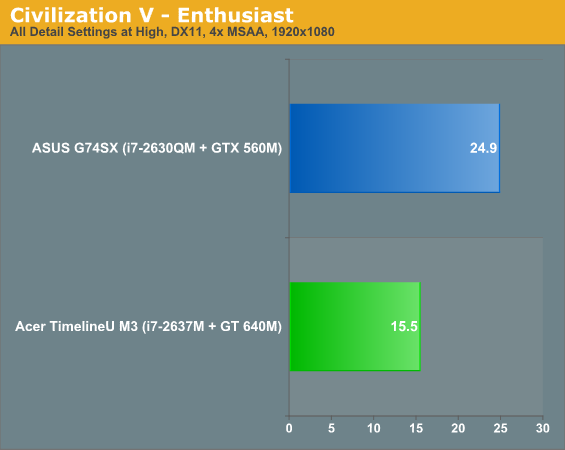 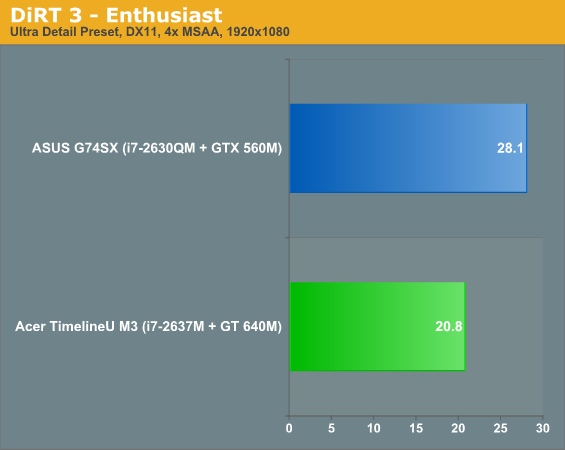 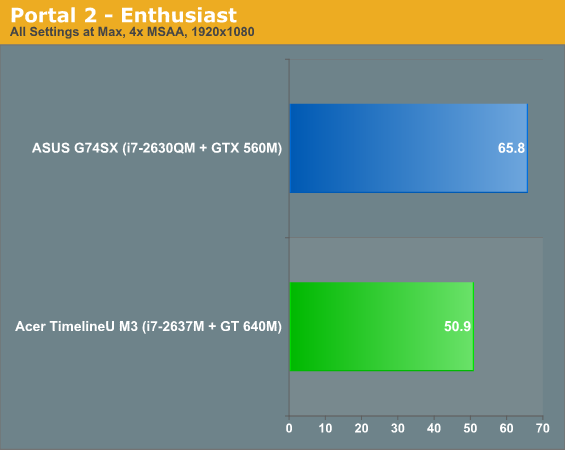 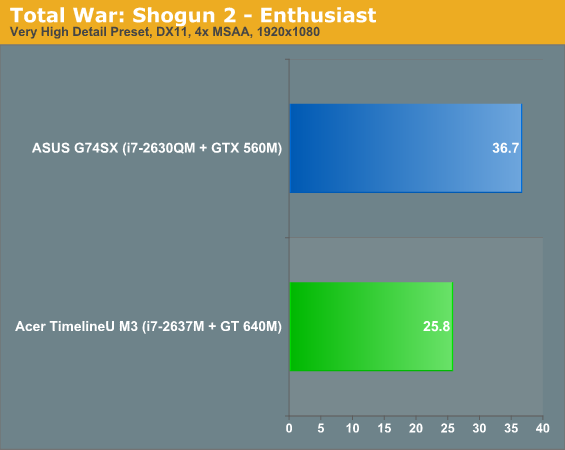 I've never seen a GPU with a 128-bit memory bus and DDR3 memory acquit itself particularly well at 1080p, and NVIDIA isn't about to change that with the GT 640M in the Acer TimelineU. At this point the chip's limited memory bandwidth is just plain overwhelmed and can't keep up, shader power be damned.

With all that information now on the table, it's reasonable to say the GT 640M is definitely a powerful GPU and certainly a step forward from the Fermi-based GT 540M. At 768p, even a DDR3-equipped 640M is undoubtedly going to provide the excellent gaming experience that NVIDIA promises, but anywhere beyond that is still going to require more memory bandwidth, full stop. There's only so much one can do with the die before having to make that concession, and I feel like the 640M needs GDDR5 to really shine.