When I reviewed the original Sprint EVO 4G I came away unimpressed with the carrier's WiMAX deployment in Raleigh, NC. Speeds were inconsistent at best and peak performance wasn't that much better than what I could get on AT&T's HSPA network. A year later, consistency is still an issue. Speeds vary wildly from only a couple hundred Kbps all the way up to several Mbps, even while remaining stationary!

Just yesterday I encountered a several hour period of time (across multiple towers) where I couldn't get more than 200Kbps down on either device. These complaints may be limited to the Raleigh, NC area but it's still something worth investigating ahead of any purchase.

When the network is behaving properly however, WiMAX is worlds better than Sprint's EVDO. Around here I max out at 800Kbps on EVDO and average south of 500Kbps. WiMAX at least gets me north of 1Mbps and sometimes a lot higher.

The EVO 3D and Photon 4G vary drastically when it comes to performance on WiMAX. The EVO 3D uses a Sequans SQN1210 WiMAX solution while the Photon 4G uses a chip from Beceem (now Broadcom). In areas with good signal the EVO 3D generally delivers higher performance. I ran nearly 50 speed tests on both phones at the exact same time at the exact same location (even varying which hand I held each device in). The results are below: 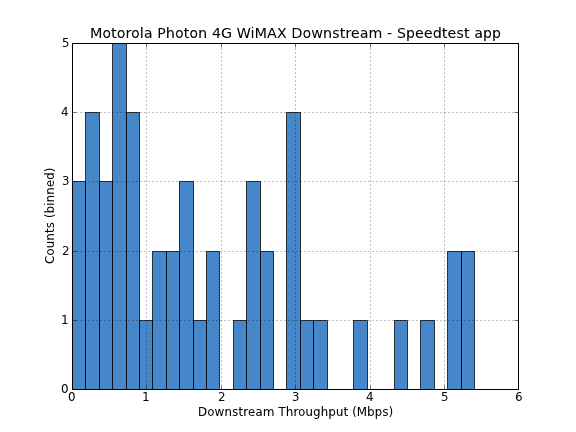 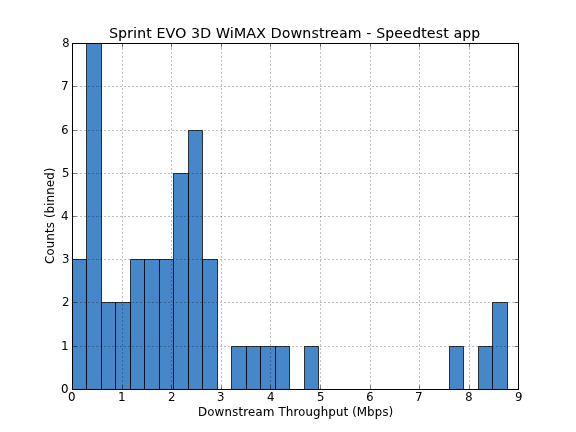 Downstream there's a pretty big difference between the EVO and Photon. While the Photon 4G maxed out at around 5Mbps, the EVO 3D could hit 9Mbps on WiMAX - the fastest I've ever seen on a WiMAX device in Raleigh. Admittedly the 8 - 9Mbps numbers were rare, but the EVO did consistently better than the Photon when it had good signal strength. 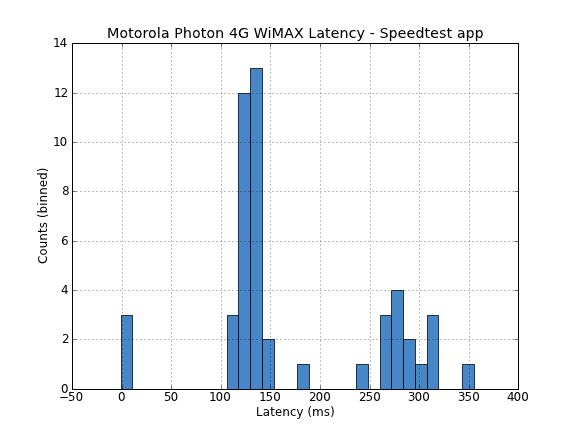 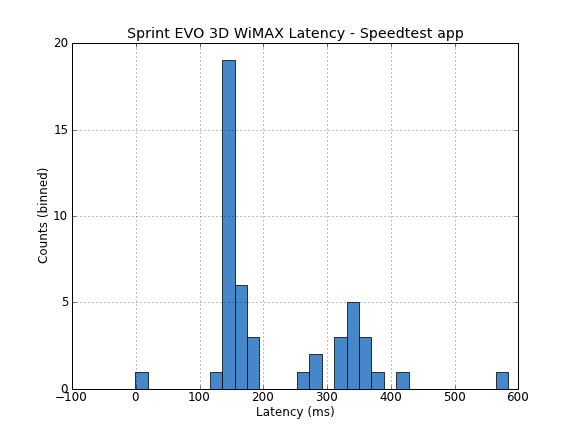 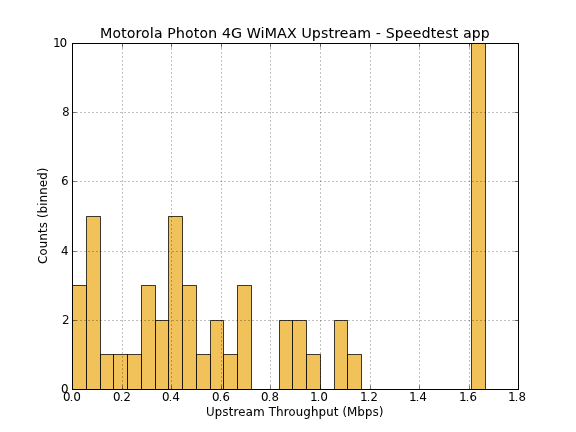 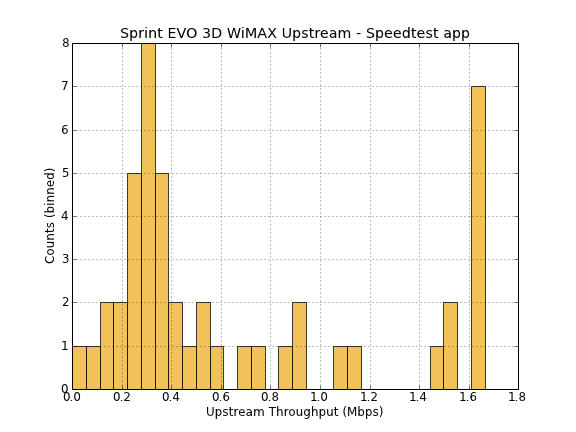 Unfortunately the EVO 3D has a difficult time holding on to a weak WiMAX signal. I'm around 1.5 miles away from the nearest WiMAX tower but only the Photon can consistently hold onto its signal from here. Even driving over to my parents' house which is nearly at the half-way point between me and the tower isn't enough for the EVO 3D to stay connected consistently. There are a lot of trees in Raleigh and quite a few of them are between both houses and the tower. WiMAX has notoriously bad signal propagation characteristics as a result of its very high frequency (2.5GHz). All of that considered, the Photon still holds onto a WiMAX signal better than the EVO 3D - at least in my experience.

I don't have an activated EVO 4G on hand, but if things didn't get worse in the past year for WiMAX reception at my house I'd go as far as to say that the EVO 3D isn't as good as its predecessor when it comes to staying on WiMAX at the fringe.

Because of the EVO 3D's inability to remain on WiMAX consistently at my house I wasn't able to complete a single run of our WiMAX battery life test. The Photon completed the test without issue, but the EVO 4G would consistently drop off WiMAX and fall back to 3G. I briefly considered hiding the EVO 4G next to the WiMAX tower for the duration of the test but figured it'd be better not to risk the review sample getting stolen.

Again we find ourselves in a difficult position with these two phones. If you're in an area with great WiMAX coverage, the EVO 3D is the better performer. If you don't have great WiMAX reception where you plan on using your phone the most, the Photon 4G is clearly better.