In nearly every category the EVO 3D and Photon trade blows, each offering an advantage and a disadvantage depending on how you look at it. The display is the one area where I believe the EVO 3D is the undisputed champion. A quick macro shot comparing the display of the two phones reveals why:

Both have the same 960 x 540 display resolution and the same 4.3-inch screen size, but the Photon looks much grainier. You're looking at the difference between a RGBW PenTile panel and a standard LCD with full subpixel resolution. Motorola has gone the PenTile route in a few high profile phones as of late including the Atrix and Droid 3. The Photon simply adds to the list. 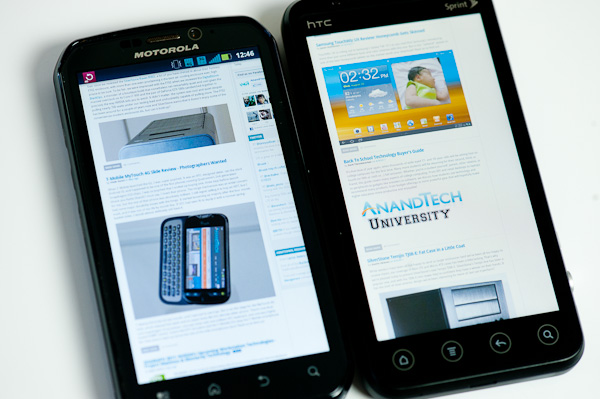 In normal use the Photon's PenTile panel doesn't pose much of a problem. If you're sold on the Photon everywhere else, don't let this be the deal breaker - you can get used to it. Scrolling will sometimes highlight the unique subpixel structure but mostly things just look grainy on the Photon. Small text, for example on a zoomed out web page, is the worst culprit - it just looks like there's no font smoothing enabled. It's livable but it's hardly desirable. 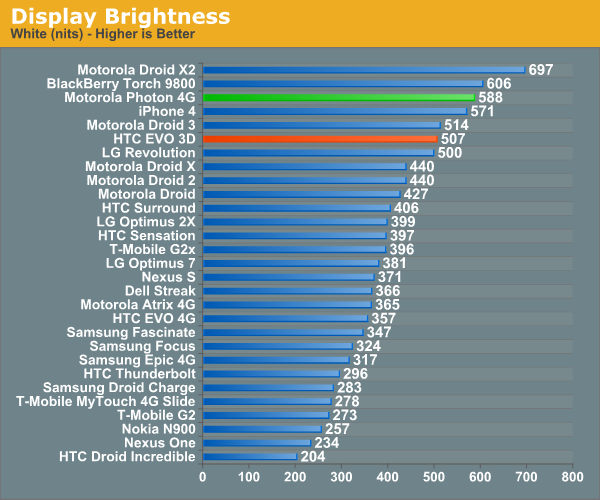 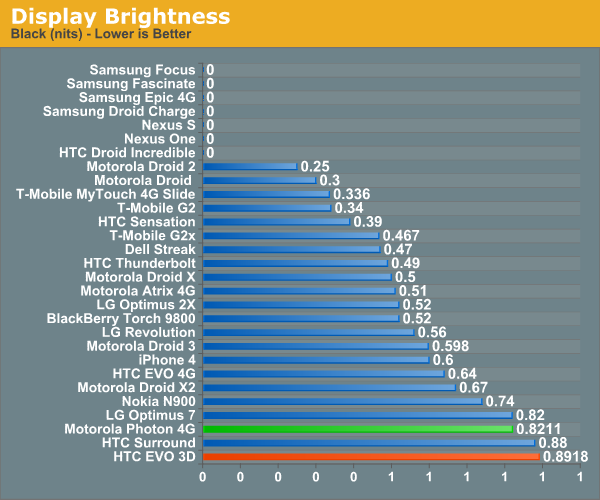 Both phones can get very bright, but their black levels are among the worst we've tested. While viewing angles are acceptable on these phones, they clearly don't use the highest quality panels available for this form factor. Contrast is reasonable but no where near as good as other phones we've reviewed. 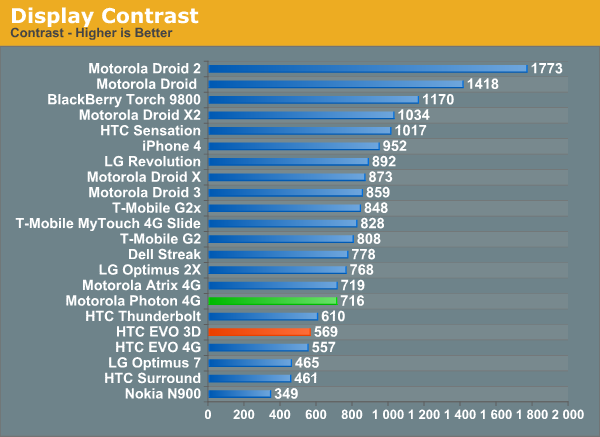 Although the phones have comparable brightness characteristics, they differ wildly in white levels. The Photon's white point is calibrated to around 8200K, making everything much bluer than normal - a trick we often see used in TVs and consumer displays. 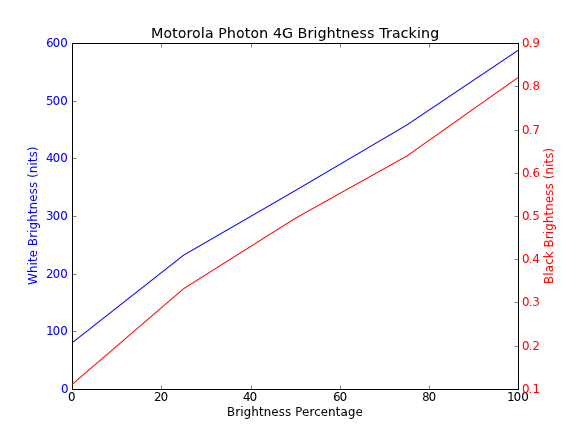 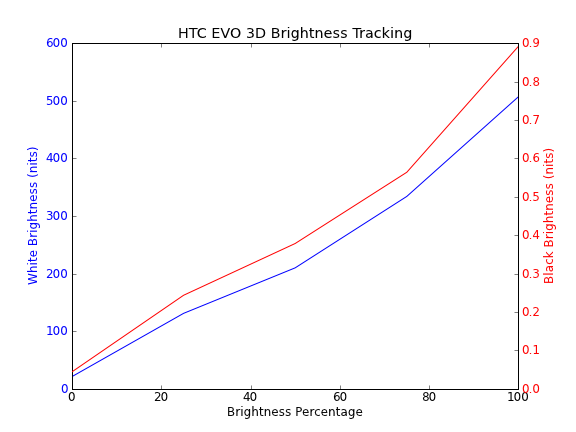 The EVO 3D by comparison delivers a better overall experience. Text looks sharper and the white point is at a more reasonable 6200K. 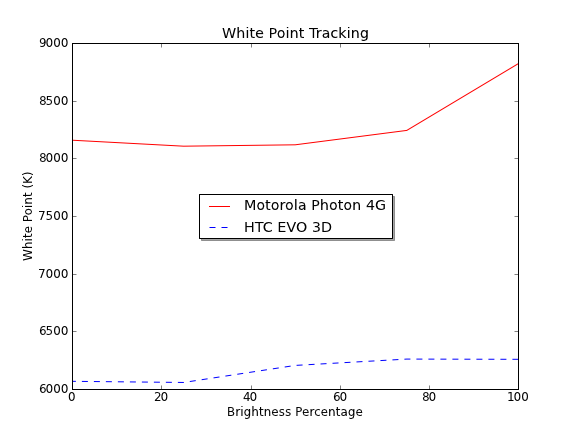 Whether or not the Photon's display is going to bother you depends mostly on how much text you read on your phone. Text messages are typically fine as the fonts themselves are large enough and they're against a white background. The issue is more pronounced, as I mentioned before, on web pages with small text. Once you zoom in the problem goes away, it's mostly an aesthetic issue when you first load up a web page since you're going to zoom in on any content you actually want to read. I'm not trying to excuse the use of an RGBW PenTile grid, I'm just trying to put its impact into perspective. It's not ideal but it's also not the end of the world. 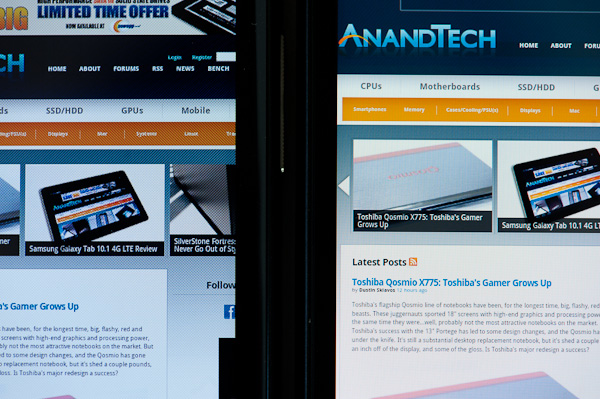