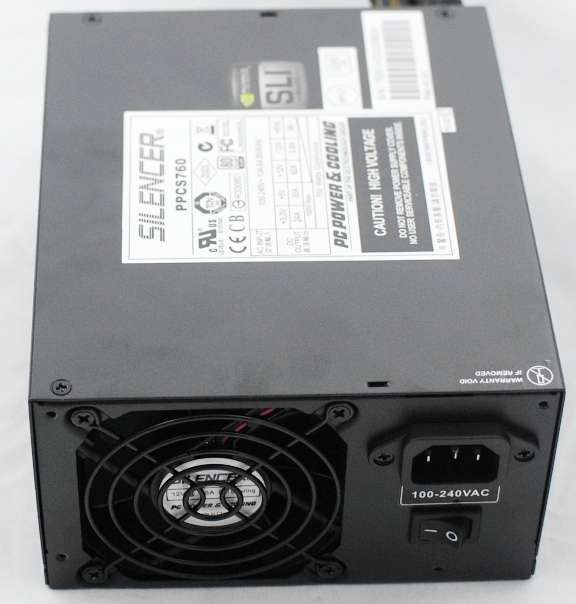 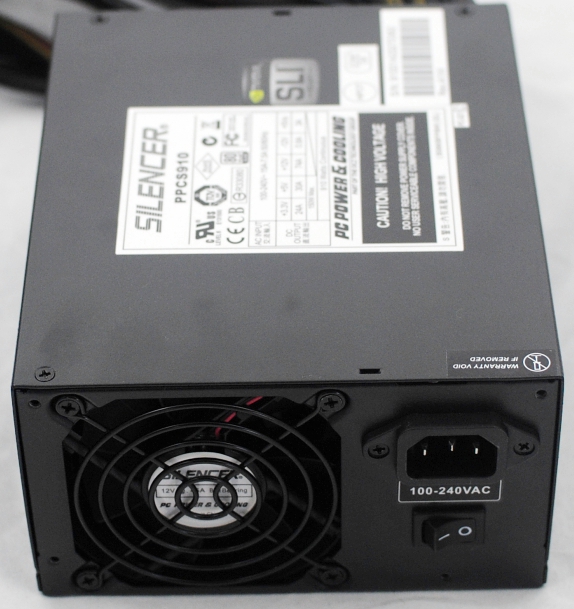 There is no real difference between the cases except those power markings on the sides. Both have a small power switch under the input female plug and a usual black fan grille for the frontal 80mm fan. The housing is 18cm long, quite much for a PSU without a modular cable panel. The surface is very scratch-resistant. 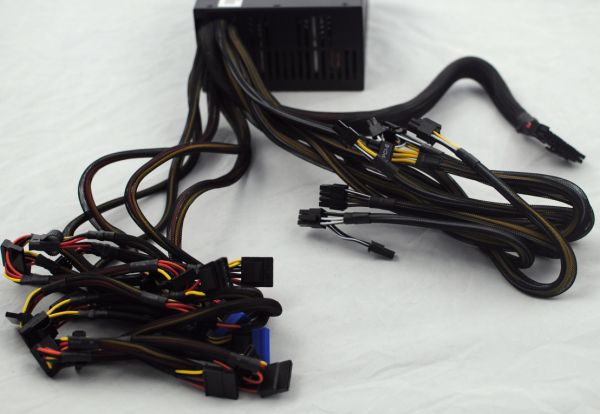 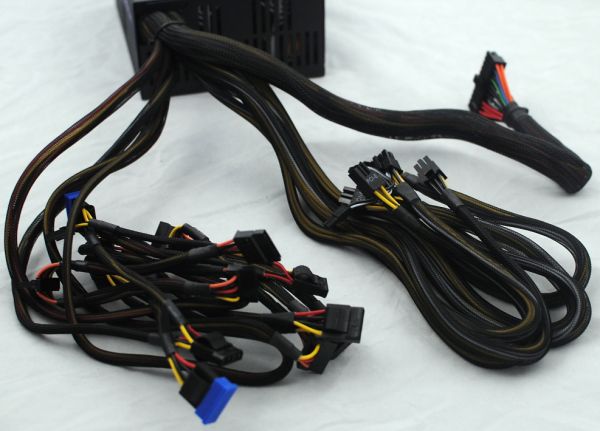 Both PSUs have nearly the same cable configuration and a high wire cross-section for the PCIe cable.  Moreover both are using a cheap black cable sleeving and the same length for all cables. The only advantage of the 910W model is the number of peripheral connectors. It has one cable more than the other version, equipped with four additional SATA plugs. Our only real point of criticism is that the 910W PSU could have more GPU connectors. Some ~1000W models have six PCIe plugs.