Computex 2011: Up Close with ASUS UX Series with SanDisk's U100 SSD

I met with SanDisk earlier today and to my surprise they had an ASUS UX Ultrabook in their meeting room. It turns out that at least one model in the UX Series will use SanDisk's brand new U100 SSD.

The U100 is SanDisk's first 6Gbps drive based on SanDisk's own controller. SanDisk's architecture is a little different than what we're used to. They claim to be doing some SandForce-like data reduction but they wouldn't give me any details on what they're actually doing. The controller doesn't have any DRAM to augment it, which lends credibility to some SF-like technology at work here.  SanDisk wrote us to clarify that its U100 drive doesn't require any DRAM, which is the only similarity to SandForce that exists. There is no real-time compression or data deduplication enabled on the drive. 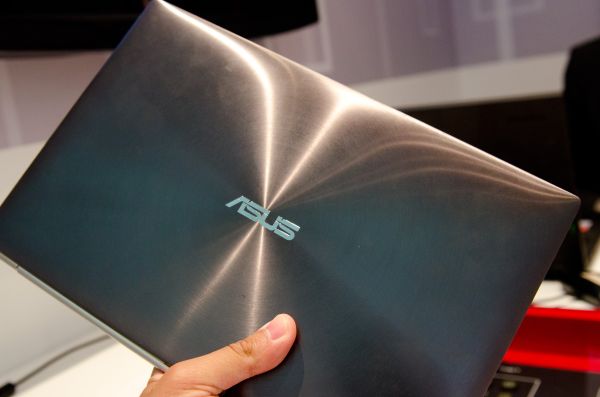 SanDisk also uses a hybrid SLC/MLC setup where a small percentage of each MLC NAND die is actually configured as SLC NAND to act as a read/write cache in front of the rest of the die. This results in better random write performance and reliability.
The U100 in ASUS' UX Series notebook is a mSATA drive in a MacBook Air-like thin gumstick form factor. SanDisk is promising idle power usage of only 10mW, although peak load is 4W.
Maximum sequential read speed is listed at 450MB/s, with 340MB/s writes. Random performance isn't that good, SanDisk quotes a burst speed of only 2300 IOPS. That's still a lot better than a hard drive but definitely not as good as what we're used to from high end SSDs. Keep in mind that the UX Series is more like a MacBook Air than a traditional notebook, and these are much better performance specs than what Apple currently ships in the MBA.
Gallery: Computex 2011: Up Close with ASUS UX Series with SanDisk's U100 SSD
Tweet
PRINT THIS ARTICLE
Comments Locked