The Zino 410 HD HTPC is primarily built out of notebook components, and it is not possible for the average enthusiast to build such a system with off-the-shelf components. The only non-notebook component in the whole system was the hard disk, which we will note further down in this section.

The motherboard used in the Zino 410 HD HTPC is based on AMD's mainstream Danube notebook platform. The M880G chipset has the option of an integrated 4250 GPU, which is not used in our system. It provides support for upto 6 SATA ports, two of which are used internally by the Blu-Ray drive and the hard disk, while two make an appearance in the form of eSATA. The SPDIF and analog audio output are driven by the Realtek ALC662 audio codec chip. 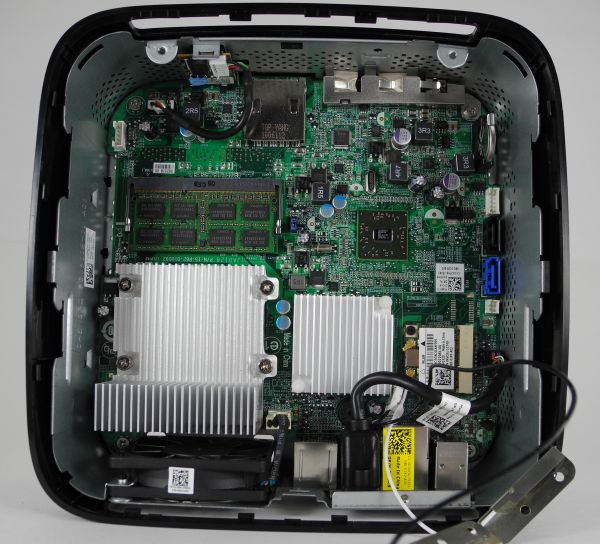 The mini PCI-E slot is taken up by the Dell WLAN 1520 802.11n card which is capable of 300 Mbps. The two antennae from the card are wired in such a way as to come in between the top lid and the intermediate panel separating it from the rest of the computer.

The underside of the motherboard has a MXM graphics slot and another DIMM slot in addition to the one available on the top side. 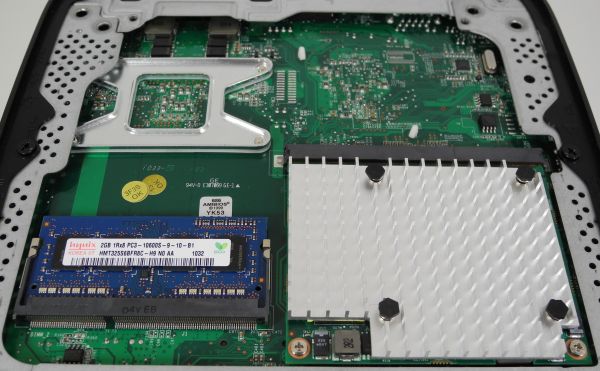 Compared to the ASRock Core 100 and Vision 3D which went in with 35W TDP processors, the Zino 410 HD HTPC comes with a 25W TDP AMD Phenom II X4 P940. This TDP is a result of the low clock rate (1.7 GHz) at which the processor runs. Manufactured in a 45nm process, the processor has 4 cores running a total of 4 threads. Though the processor has 512 KB of L1 cache and 2M of L2 cache, there is no L3 cache unlike the Phenom desktop processors.

The only discrete GPU option in the Zino 410 series is the Mobility 5450. The MXM module is mounted on the underside of the motherboard. It is the 40 nm Park Pro GPU clocked at 675 MHz, and has 1 GB of DDR3 memory.

With a rated power consumption of 11 W, it doesn't require a complicated cooling solution like what the GT425M warranted in the ASRock Vision 3D.

The Zino 410 ships with more RAM than necessary for HTPC purposes right now. We have two RAM sticking slots. The one on the top side of the motherboard was populated with Samsung's K4B2G0846C DRAM chips. On the underside, we have 2GB of Hynix's HMT325S6BFR8C DRAM chips running with the same specifications as the Samsung chips.

We were quite surprised to find a 3.5" hard drive inside the unit. Considering that the rest of the components are from notebook platforms, a 2.5" hard drive would have made much more sense. 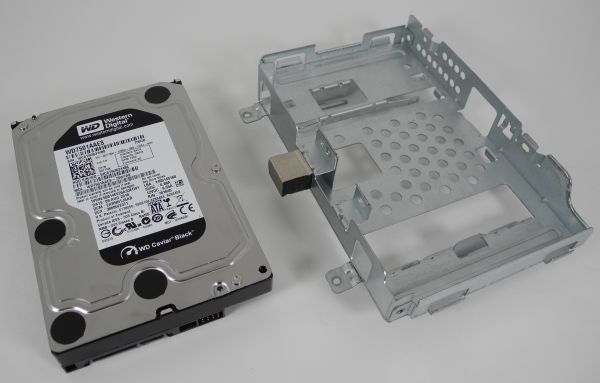 The Caviar Black 7200rpm is a well reviewed hard drive and provides more than acceptable performance for a HTPC. However, its power consumption profile only makes the thermal design (about which we will talk in the next section) more challenging. 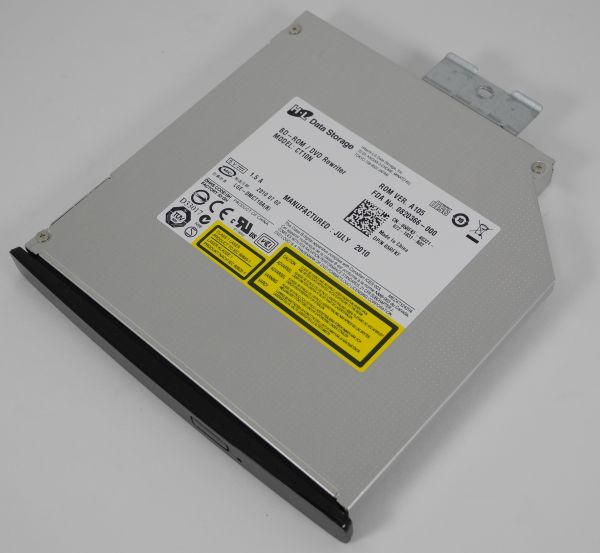 A slot loading drive would have made the unit appear better, but that is a minor quibble which doesn't affect the functionality of the system.

The Zino 410 also comes with a wireless keyboard and mouse (other options are also available) and a MCE remote. Batteries are also included. 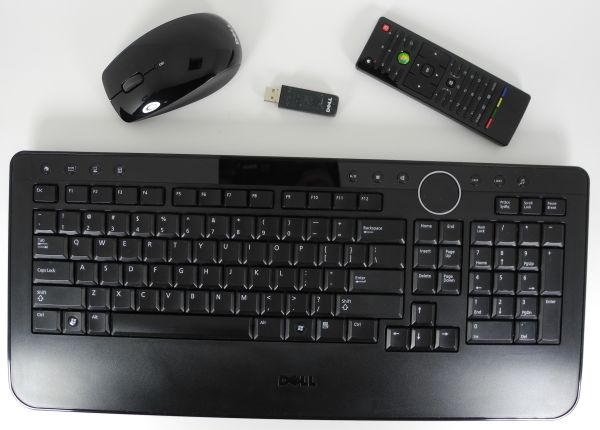 The remote is exactly the same as the one which ships with the ASRock Vision 3D, only a different colour. The wireless keyboard / mouse combo adds $75 to the cost right now. Compared to some of the deals which keep going on for these wireless accessories, I would strongly recommend purchasing them separately. Quality of the wireless keyboard / mouse is no great shakes, and it just gets the job done. On a HTPC where you might not spend much time typing, it is good enough.

The cost of the review unit, when configured with the same components on Feb 17, 2011 was $775 + taxes. At this price, it is smack in the middle between the ASRock Core 100 and ASRock Vision 3D, the other SFF HTPCs in this segment. In the next few sections, we will check out how the Zino 410 fares in our tests.