In the past year, Big Red has gone from having a smartphone lineup almost completely dominated by Windows Mobile and BlackBerry devices, to arguably the forefront carrier for flagship Android devices. The Motorola Droid series of phones has been so aggressively marketed that it's virtually synonymous among laypeople with Android itself, nearly to the point of creating confusion. 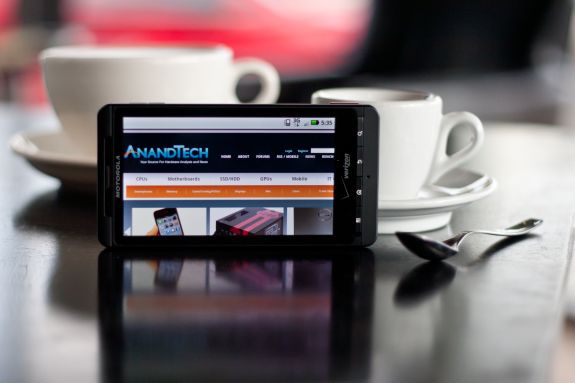 Regardless, the choices we recommend on Verizon are differentiated by personal taste. If you want a huge screen, the Droid X is the phone for you. The device is now thankfully running Android 2.2 (we reviewed it when it was running 2.1 after launch), and there's very little to hold against the phone. I loved the hardware android buttons and the form factor and still think Android is completely usable without a hardware keyboard, especially thanks to Swype and Motorola's own multitouch keyboard being included. The other thing to mention about the Droid X is that its OMAP3630 supports 720P HD video encodes, whereas the OMAP3620 doesn't - the result is that the Droid X can shoot 720P video and the Droid 2 can't. The Droid X is currently $49.99 from Amazon Wireless or $199.99 from Verizon on contract.

If you want a keyboard however, the Droid 2 is the next best option. As I noted in our review, very little which is changed from the original Droid hardware wise except for some welcome changes to the keyboard which improve usability, and a slightly different shade of soft touch material. In the wild, the two are difficult to tell apart unless you know what you're looking for. To that extent, it's not really a necessary upgrade from the original Droid unless you absolutely need a faster platform, especially considering the original Droid is running stock Android 2.2. There's also a Droid 2 Global version which packs GSM support and a slightly higher clocked 1.2 GHz SoC as opposed to the 1.0 GHz OMAP3 in the Droid 2 sans Global. We haven't had the chance to fully review a Droid 2 Global yet, so jury is still out whether the $50 difference from Verizon ($199.99 for Droid 2 Global, $149.99 for Droid 2) is worth it, especially considering Android enthusiasts can root and overclock on their own. The Droid 2 Global is also available from Amazon Wireless for $79.99 on contract, curiously enough the Droid 2 is no longer available on Amazon. There’s also the BlackBerry-targeting Droid Pro, though this is another of the Droid newcomers we haven’t taken a look at. 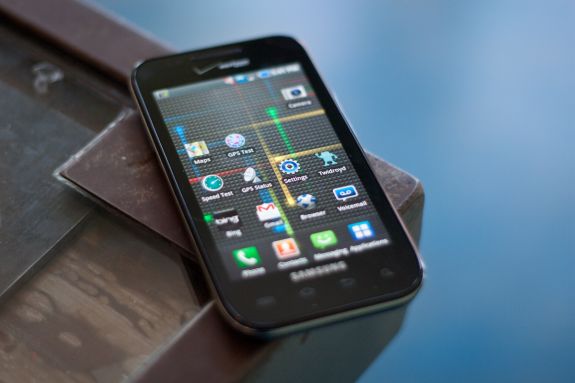 The other tier-1 options on Verizon are the HTC Incredible and Samsung Fascinate. We reviewed both and liked the Incredible's form factor, and it's even better now thanks to Android 2.2. The Motorola Droids' OMAP3 bests the Droid Incredible's Snapdragon SoC in the performance space in almost every category save FPU heavy tasks, but the Incredible is by no means a weak performer. Likewise, the Fascinate bests both with its Hummingbird SoC. The only problem with the Fascinate is Verizon's conscious decision to mandate Bing throughout and strip the phone of almost all mention of Google. Again, the other problem is that the Fascinate like other Galaxy S devices still isn't running Android 2.2. Size and user preference is again what really dominates here - if you want a small Android 2.2 phone, the Incredible is your pick, whereas the Fascinate packs a 4" screen. The HTC Incredible can be had for $0.01 from Amazon Wireless, or $149.99 from Verizon, both on contract. The Fascinate is $39.99 from Amazon Wireless and $199.99 from Verizon on contract.