I’ll say that the iPad isn’t the sort of revolutionary device it was hyped to be. It’s impossible to meet the expectations that were thrust upon the device. Some of that is Apple’s own fault. By being so secretive, the world tends to assume that anything is possible - especially from a company that not too long ago revolutionized the smartphone market. While the iPhone was nicknamed the Jesus Phone, I’m not sure the same label fits the iPad. In part because it is a brand new device for a brand new market segment, not an improved version of an existing product.

In fact, Apple doesn’t have as good of a track record in this department. Far more often we see Apple perfecting a particular device rather than diving head first into a new market segment. That’s not to say it won’t be successful. There’s always the iPod to look back on.

The basics are as follows. The iPad runs the iPhone OS, in this case 3.2. Presumably when the iPhone OS gets updated, so will the iPad OS. The UI is obviously tailored to the larger screen, which measures 9.7” diagonally. 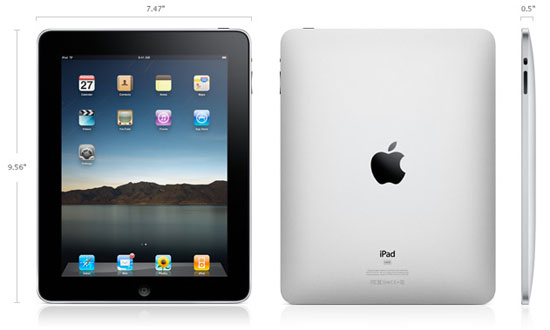 The interface is strictly touch. You have four physical buttons: power/sleep switch, mute button, volume up/down and an iPhone-style home button. There’s no correct orientation, the OS uses an accelerometer to figure out how you’re holding it and orients the UI accordingly.

Apple says that nearly 100% of the applications for the iPhone in the App Store will run on the iPad. There are some new applications that Apple is shipping with the device. The entire iWork suite has been ported to the iPad giving you a way to create/view/edit Pages/Word documents, Numbers/Excel spreadsheets and Keynote/Powerpoint presentations.

There’s an email app, a browser, calendar, maps, iPod and all of the basic apps you’d expect. WiFi (802.11n) is supported on all devices while an extra $130 will get you an unlocked 3G version with a microSIM slot. AT&T is the carrier of choice with two dataplan options: $14.99 a month for 250MB of downloads, or unlimited for $29.99. WiFi access at AT&T hotspots is free and there’s no contract required, this is all month to month.

Storage is not expandable and comes in the way of flash. The entry level model comes with 16GB of presumably MLC NAND flash and you can get up to 64GB. The pricing structure is below:

Availability for the non-3G models is 60 days and 90 days for the 3G enabled devices. 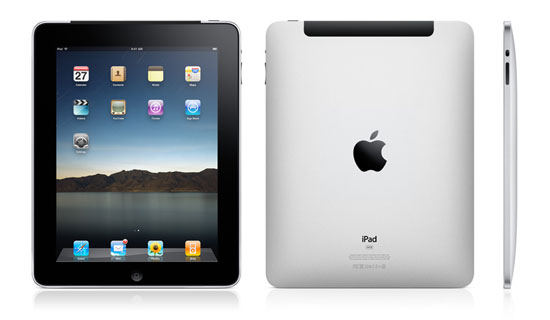 The 3G version of the iPad has a microSIM card slot

From Apple’s demonstrations and the video that’s now live on the site, it appears that the iPad is a great couch surfing device. It looks like a giant iPhone/iPod Touch and appears to be just as snappy. The same can be said for reading and responding to emails. If it works the way Apple portrays it, the iPad appears to be a great device for casually browsing the web, email and watching videos.

Apple is also trying to capitalize on the eBook market by giving the iPad access to Apple’s own eBook store. While I doubt it can pull Kindles away from die hard users, it may open the segment up to more users than Amazon could. 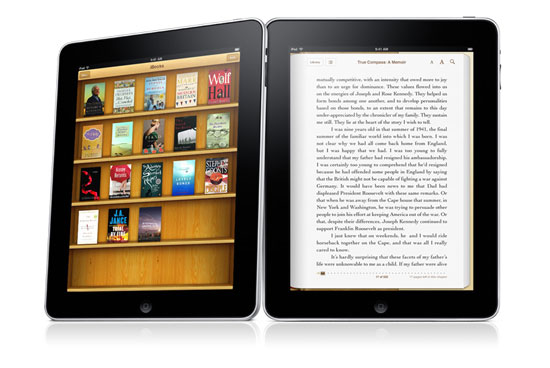 The real question is whether or not the device will function as a productivity device as well.