The Technology of WHS

Because WHS is a retooled version of Windows Server 2003, it's at times a sharp contrast to Vista, or even XP for that matter. Microsoft has attempted to put a lot of attention on WHS's headless operation mode, which allows a WHS server to run without a keyboard or monitor (but not a video card). For this purpose WHS is very much a server, as all administration tasks can be handled by the clients via a special Remote Desktop application while the server sits in a corner gathering dust. Microsoft even goes so far as discouraging use of the server directly both in the manual and on the warning dialog that pops up on the desktop of the server, in an effort to keep users inside the confines of the able but simple administrative client. 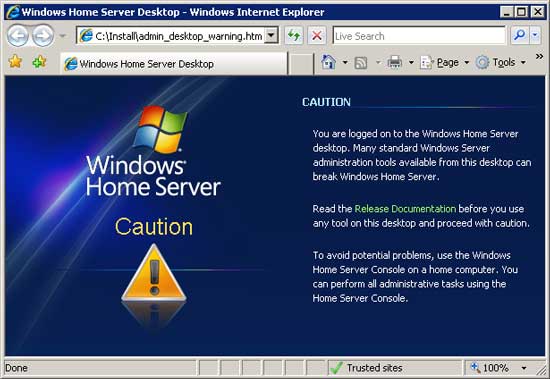 WHS also inherits Server 2003's low by modern standards system requirements, requiring as little as a 1ghz P3/Athlon processor and 512MB of RAM. Although systems shipping from computer vendors will be far more powerful, it's clear from the start that when it comes to the enthusiast market, Microsoft sees this as going on an old computer that's outlived its usefulness as a primary computer but is still well prepared for server tasks that will be limited by disk I/O and not CPU cycles or memory.

The final significant piece of technology to come over from Server 2003 is its security. By default WHS is locked down hard, bringing over the security enhancements that made Server 2003 harder to break into through a reduction in exposed services to attack. Microsoft is taking some liberties here in assuming that the server will be behind a naturally protected network with a NAT/firewall at the head. When properly configured, what is exposed to the internet (and not by default) is solely Internet Information Server 6.0, which has proven to be a hard target to break into (at least compared to the laughable IIS 5.0). Microsoft even goes so far as requiring strong passwords on any accounts that will be accessible from the internet (7 characters; uppercase, lowercase, and numeric characters required), which shows that some thought went into this.

Although Server 2003 predates Vista, the development team did manage to steal a handful of technologies from the fledgling operating system. Those tired of floppy disks will be ecstatic to find that Vista's far superior installation loader is used, allowing drivers to be loaded off of flash memory rather than floppy disks. The rest of the installer is still the traditional file-copy installer however, so WHS does not install quickly like Vista, although in Microsoft's defense users will ideally not be installing a server operating system as frequently.

Hardware and driver compatibility is something that needs to be mentioned as it's a natural result of using a server OS as the base. Simply put, a piece of hardware needs to be Server 2003 compatible to be WHS compatible. For critical components such as motherboards and video cards this shouldn't generally be a problem, although on the AMD side specifically there are some Athlon/Athlon-XP era boards that never got proper Server 2003 support. Many RAID controllers however aren't supported in spite of the availability of drivers due to WHS's unique method of handling disk drives.

Putting a new face on Server 2003 wouldn't be enough to make it capable of handling the duties of WHS in Microsoft's eyes, so among the new technologies in WHS and the one most paramount by far to its operation is what Microsoft is calling Windows Home Server Drive Extender (WHSDE). WHSDE is a new abstraction layer that sits between the various WHS services and the hardware, creating a common storage pool out of all of the available disks on the system, similar to the JBOD mode on some RAID controllers. This means that files & folders are no longer constrained by the size of any individual drive (from an end-user perspective you never even see things as drives, just folders) and instead WHSDE distributes files to drives based on how it believes space would best be allocated. 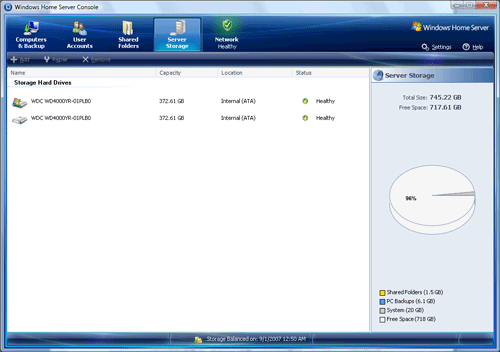 Furthermore, the storage pool is almost completely dynamic, in direct opposition to most JBOD/RAID setups. New drives can be added to the storage pool without disrupting the server, allowing the pool to be easily and continuously expanded to meet the data retention needs of the server. Drives can also be removed from the pool with a little more effort, as WHS can be informed to move all of the data off of a drive (assuming there's space elsewhere) so that the drive can be disconnected without interrupting the pool. While this isn't a completely new feature as various *nix systems have implemented similar features, this is the first we've seen it on Windows, and certainly in the running for the easiest to use implementation of such a feature.

Finally, WHSDE has a very interesting data protection feature that in many ways is a poor man's RAID 1, and yet smarter at the same time. By default WHSDE is constantly balancing all the drives so that no single drive is storing a larger percentage of data than another, so in the case of a drive failure the data lost will be an equal fraction of the data. More importantly however folders can be marked as needing additional protection (folder duplication), at which point WHSDE will make sure that the contents of that folder are on at least two separate drives when doing its balancing act. This is what makes WHSDE a poor man's RAID 1, as this balancing isn't done in real time and there's not immediately a copy of every single bit, but it's also smarter because this kind of protection is possible even among mismatched disks, disks on different controllers, external versus internal disks, etc. It offers slightly less protection than RAID 1, but as a tradeoff it's a lot more forgiving too. 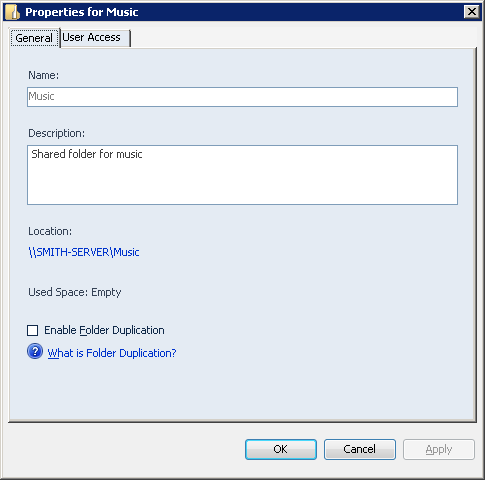 At the end of the day WHSDE is really what makes WHS work and more than just a cut-down version of Server 2003. Just having a common storage pool alone makes WHS far easier to use with large amounts of data that don't fit on a single drive, and the extremely dynamic/forgiving nature of how drives and replication are handled becomes the distinguishing factor. WHSDE makes WHS far superior to any other version of Windows for storing and protecting data, and this is what gives it the ability to be a great server for home use. For enthusiasts, we suspect it will be the most attractive feature of WHS, for use as a file server.

It's also worth noting that this is the reason that WHS has very limited RAID support. Since all disks are assimilated by WHS, any RAID setups requiring configuration in Windows will fail. Only RAID setups done completely at the BIOS level (which normally requires higher-end RAID controllers) will work under WHS, and even then Microsoft discourages the use of such RAID setups in favor of the protection offered by WHS natively. RAID 5 users may want to ignore Microsoft on this however, as WHS's protection isn't as efficient as RAID 5, and it's slower due to WHS needing to balance data.