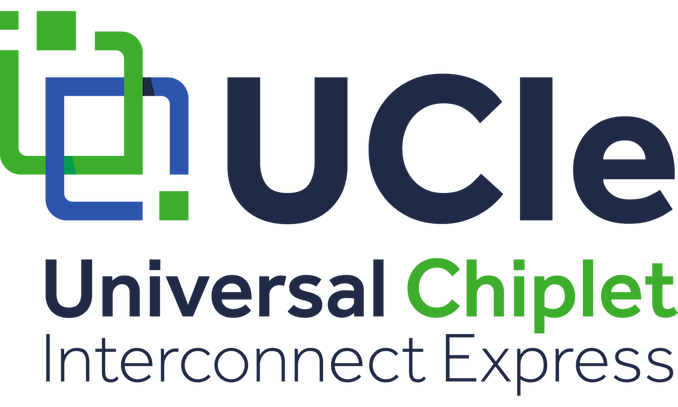 Among the groups with a presence at this year’s Flash Memory Summit is the UCIe Consortium, the recently formed group responsible for the Universal Chiplet Interconnect Express (UCIe) standard. First unveiled back in March, the UCIe Consortium is looking to establish a universal standard for connecting chiplets in future chip designs, allowing chip builders to mix-and-match chiplets from different companies. At the time of the March announcement, the group was looking for additional members as it prepared to formally incorporate, and for FMS they’re offering a brief update on their progress.

First off, the group has now become officially incorporated. And while this is largely a matter of paperwork for the group, it’s none the less an important step as it properly establishes them as a formal consortium. Among other things, this has allowed the group to launch their work groups for developing future versions of the standard, as well as to offer initial intellectual property rights (IPR) protections for members.

More significant, however, is the makeup of the incorporated UCIe board. While UCIe was initially formed with 10 members – a veritable who’s who of many of the big players in the chip industry – there were a couple of notable absences. The incorporated board, in turn, has picked up two more members who have bowed to the peer (to peer) pressure: NVIDIA and Alibaba.

NVIDIA for its part has already previously announced that it would support UCIe in future products (even if it’s still pushing customers to use NVLink), so their addition to the board is not unexpected. Still, it brings on board what’s essentially the final major chip vendor, firmly establishing support for UCIe across all of the ecosystem’s big players. Meanwhile, like Meta and Google Cloud, Alibaba represents another hyperscaler joining the group, who will presumably be taking full advantage of UCIe in developing chips for their datacenters and cloud computing services.

Overall, according to the Consortium the group is now up to 60 members total. And they are still looking to add more through events like FMS as they roll on towards getting UCIe 1.0 implemented in production chiplets. 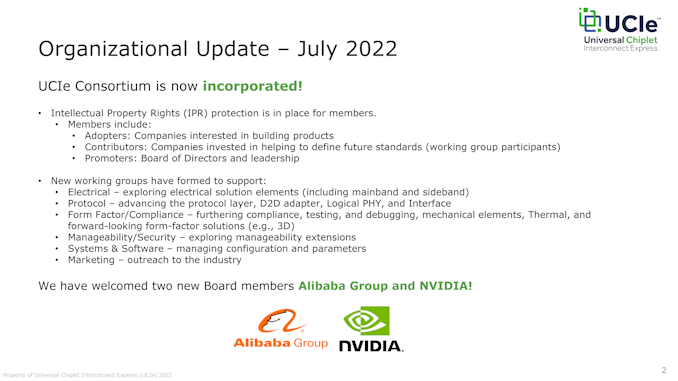