The other graphics companies might be working on some neat projects, but ATI powerhouse HIS has a few tricks up their sleeve too. Aside from the working RD480 ( Xpress 200 Crossfire) demonstrations, HIS was very proud to announce their next generation ICEQ coolers. The redesigned fan cooler was able to drop heat sink temperatures from 75 degrees Celsius to 58 degrees Celsius in the working demo at the show; but HIS product managers emphasized that this was a best case and that temperatures during 3D rendering usually dropped about 11 degrees on average.

Below, you can see that the new ICEQ system pulls air in from the case and draws it over the entire heat sink. 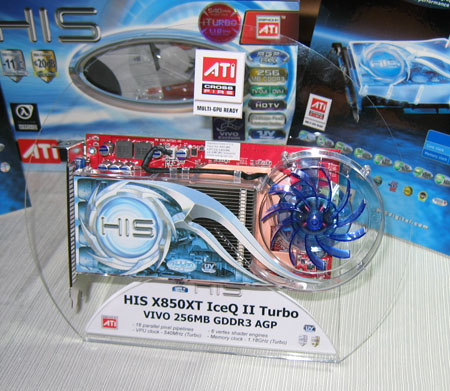 HIS also had a prototype X550 graphics card on display – something that we touched on a little yesterday. The X550 card (core RV370XT) is really nothing more than an overclocked X300 graphics card. HIS claims that it is to fall in line with the Radeon 9550 AGP performance, but don’t expect to see an actual release of a new video card until R520. 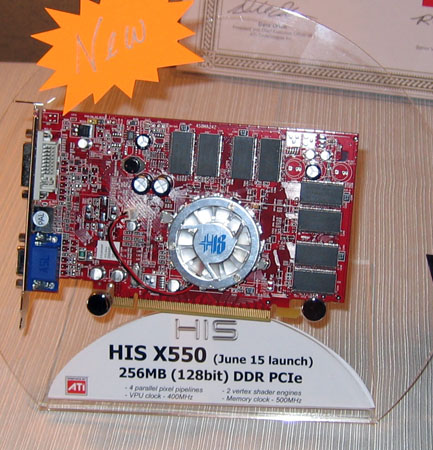 Below is a shot of HIS’s own lineup of RD480 and RD400 motherboards. 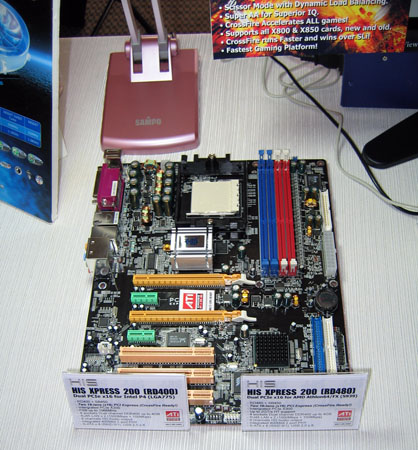