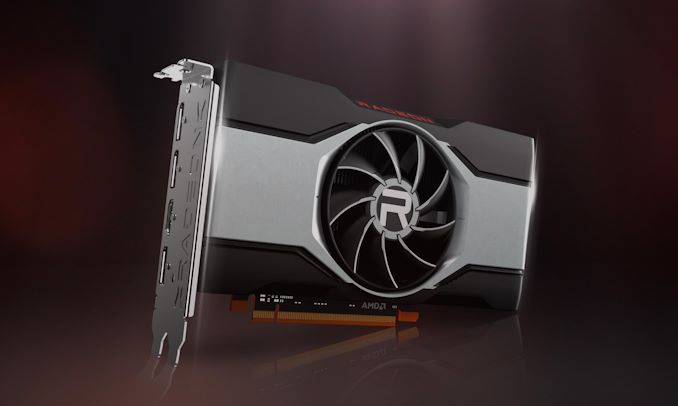 Starting next month, AMD’s Radeon RX 6000 desktop product stack is about to get a little deeper – and a little cheaper – with the addition of the forthcoming Radeon RX 6600 XT. Announced this evening, the Radeon RX 6600 XT is the next step down in the RDNA2-based Radeon lineup, adding a card aimed at mainstream, 1080p gamers. The card will offer 32 CUs’ worth of GPU hardware along with 8GB of GDDR6 memory, and will go on sale on August 11th with prices starting at $379.

The addition of the RX 6600 XT to their desktop lineup has been a long-time coming, as even though the company is already 4 cards deep into their product stack – most recently adding the 1440p-focused RX 6700 XT nearly 5 months ago – AMD hasn’t been offering a mainstream-focused RDNA2 desktop video card until now. In fact, AMD’s been pretty absent from the mainstream 1080p gaming market as a whole over the last several months, as the capacity-constrained company has been focusing its GPU manufacturing resources on laptop parts and the high-end RDNA2 chips. But finally, and at last, it’s time for the 1080p market to get a much-needed boost from AMD’s RDNA2 architecture.

Underpinning AMD’s new 1080p video card is a GPU we’ve already seen once before: Navi 23. This GPU was first employed back in May as the Radeon RX 6600M, the cornerstone of AMD’s Radeon RX 6000 mobile lineup. Now that the laptop market has had a chance to stock up on Navi 23 hardware, the GPU is making its desktop debut in the aptly named RX 6600 XT. And, unlike the RX 6600M, the RX 6600 XT will feature a fully-enabled version of the chip, giving Navi 23 its first chance to completely show off what it’s capable of. 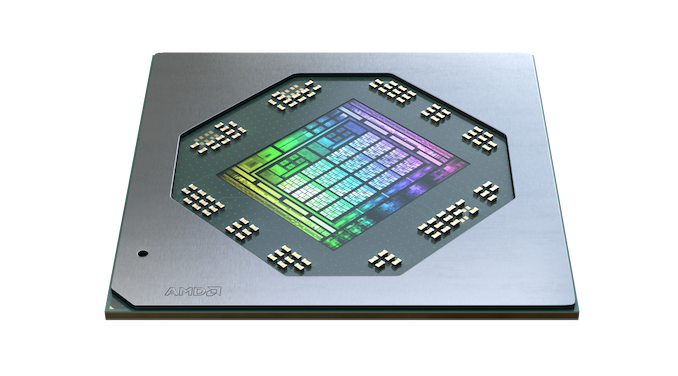 Which, in the case of the RX 6600 XT, means serving as AMD’s “epic” 1080p gaming card. The dialed-down GPU gives up some graphics resources (and a lot of cache) versus its bigger brothers, still leaving it a potent part, but better suited for 1080p gaming than it is 1440p gaming. Which for a market starved of cheaper video cards suitable for 1080p gaming – and let’s be frank, video cards in general – is good news for gamers who are still trying to get their hands on a mainstream performance class video card that’s up to date in regards to features.

As with the RX 6700XT, AMD’s launch cadence is trailing NVIDIA’s, so AMD gets the advantage of knowing exactly where their latest card will land versus NVIDIA’s mainstream competitor, the RTX 3060. Shortage shenanigans aside, AMD says they can beat the RTX 3060 – and they’ll be positioning it higher to match.

Diving into the specifications, we’ll start as always with the compute core of the GPU. Navi 23 comes with 32 CUs – just 8 fewer than Navi 22/6700XT – and all of them come enabled on the RX 6600 XT. This gives the card 2048 stream processors’ worth of ALUs to work with, as well as 128 texture units. Unusually, this is actually a regression of sorts versus its predecessor, the RX 5600 XT, which offered 36 CUs. But AMD is more than making up the difference with much higher clockspeeds.

One of the major design elements to RDNA2 was to allow for significantly higher frequencies than prior AMD cards, and is something that has been on show throughout the RX 6000 series launch cycle, including the RX 6600 XT tonight. The 2359MHz game clock is a staggering 72% higher than the RX 5600 XT’s, and is second only to the RX 6700XT within the 6000 series lineup. So while the card comes with fewer CUs, it will get a lot more out of them – not to mention the ROPs and other pieces of the graphics pipeline.

On paper then, the RX 6600 XT will offer around 78% of the RX 6700 XT’s compute/shader/texture throughput. Though as always, this comes with the usual caveat that there’s more to video card performance than the number of ALUs and how highly they’re clocked.

Case in point: while the underlying Navi 23 GPU only loses 20% of its CUs versus Navi 22, it gives up a whole lot more memory bandwidth. Whereas the desktop RX 6700 XT offered a 192-bit memory bus, RX 6600 XT trims that down to 128-bits. This is once again being paired with 16Gbps GDDR6 memory, so we’re looking at around two-thirds the external memory bandwidth versus the RX 6700 XT. Ultimately the reduced memory bus is a pretty typical trade-off here for desktop video cards, tending to limit performance at very high resolutions while also bringing down card costs. AMD is outfitting the card with 8GB of memory, which is going to be less than the generous 12GB offered by NVIDIA’s rival RTX 3060, but is likely to be plenty sufficient for 1080p gaming.

But the most interesting change with Navi 23/RX 6600 XT, perhaps, is what’s happened with AMD’s Infinity Cache. The transistor count-intensive on-die SRAM pool has been a big part of the other RX 6000 video cards – both in a figurative and literal sense – so AMD has trimmed it back significantly for Navi 23. Whereas Navi 22 cards like the RX 6700 XT offer 96MB of cache, RX 6600 XT comes with just 32MB, a 66% reduction in cache size. The net result is that Navi 23 sheds over 6 billion transistors versus Navi 22 while only giving up a small bit of actual compute hardware. But the compute hardware that remains now has to contend with the one-two punch of less external memory bandwidth and a lot less on-die cache to use as a buffer.

This is a big part of the reason why the RX 6600 XT is focused on 1080p gaming. With only 32MB of Infinity Cache, it doesn’t have nearly as much space to spare before it must spill over into its 128-bit GDDR6 memory pool. 1080p buffers are much easier than 1440p buffers to fit in such a cache, and while this doesn’t preclude 1440p gaming, Navi 23 (and by extension RX 6600 XT) is clearly tuned around 1080p gaming at every level.

The bump to 160W also means that the power needs of RX 6600 XT cards cannot be met by just the combination of PCIe slot power and a 6-pin external connector. As a result, RX 6600 XT cards will require an 8-in connector, with AMD opting to keep things to a single plug rather than going 2x6-pin.

As previously mentioned, AMD is aiming the RX 6600 XT at the mainstream 1080p gaming market. This is the highest volume segment of the industry, and puts the RX 6600 XT squarely in competition with a number of classic and contemporary video cards. 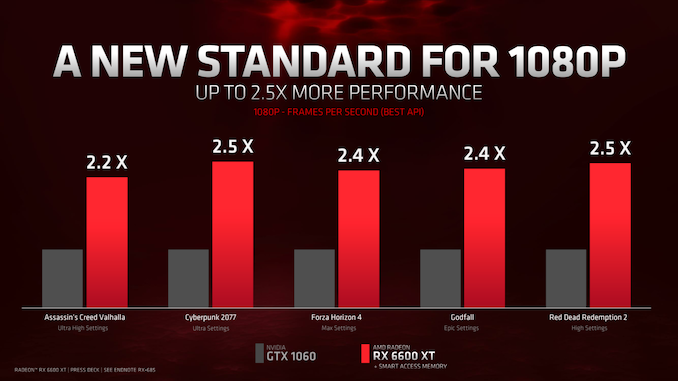 Not unlike NVIDIA, AMD is looking to woo GeForce GTX 1060 owners with their new mainstream video card. Over its lifetime the GTX 1060 sold better than any video card before (or after) it, and as it turns 5 years old, there’s a very large pool of gamers who AMD expects are looking to finally upgrade to a faster and more feature-filled mainstream video card. In which case, with two generations and a full process node advantage, AMD expects the RX 6600 XT to deliver better than 2x the GTX 1060’s performance on most games. 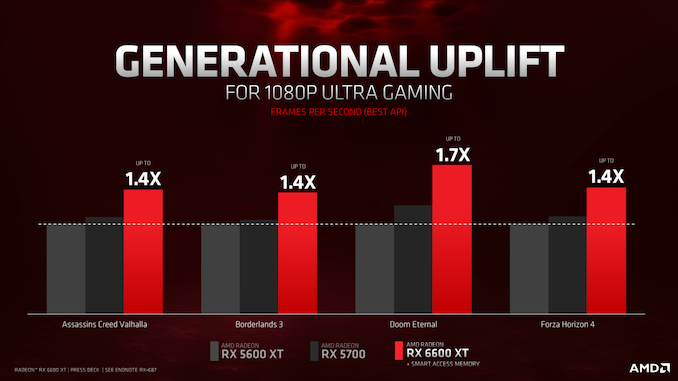 Meanwhile, for gamers who are only a single generation back – say the RX 5600 XT – the gains are understandably smaller. Fewer and fewer gamers update every single generation any more, so these figures are more to put the RX 6600 XT’s generational performance gains into context versus its predecessor, but overall AMD is touting performance gains of around 40%. Those figures actually exceed the theoretical compute difference between the two cards, underscoring the value in things like higher clocked ROPs, not to mention the Infinity Cache. 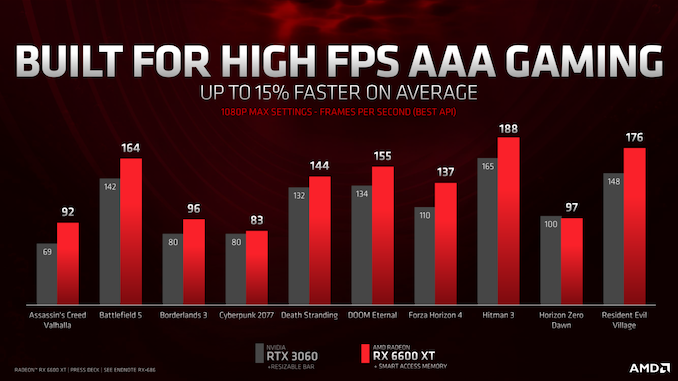 But of course, NVIDIA is already going for this same market with the GeForce RTX 3060, which was released over 5 months ago, so to capture the mainstream market AMD is once more going up against team green. Throughout this entire product cycle AMD and NVIDIA’s GPUs have been a bit out of sync in terms of size and performance, and Navi 23 vs. GA106 is no different. AMD says that we should expect the RX 6600 XT to handily beat the RTX 3060 – touting a 15% average performance advantage – and while this remains to be validated in third-party benchmarking, it’s not an outrageous claim. But AMD is also pricing the RX 6600 XT higher, so at least for as much as suggested pricing is worth in this chaotic environment, that performance advantage isn’t coming for free. It's also telling that AMD isn't making any RTX 3060 Ti comparisons here, despite the price similarities; the RTX 3060 Ti is far enough ahead of the RTX 3060 that AMD is likely working in a narrow spot between the two cards in regards to performance.

Meanwhile I am a bit concerned about 1080p ray tracing performance at the moment, as AMD’s performance is clearly weaker at all tiers, but the company tells me that the RX 6600 XT is fast enough to deliver playable framerates in most games. For those games where performance is an issue, AMD’s FSR tech will increasingly become one possible solution, but the spatial upscaling filter is not going to a complete substitute for delivering playable framerates at native 1080p resolutions.

Moving on, let’s talk about the RX 6600 XT cards themselves. Now that we’re to the 5th card down in AMD’s product stack, AMD will not be bringing their reference RX 6600 XT card to retail. This means that the market will be stocked entirely with custom cards developed by AMD’s board partners from day one. 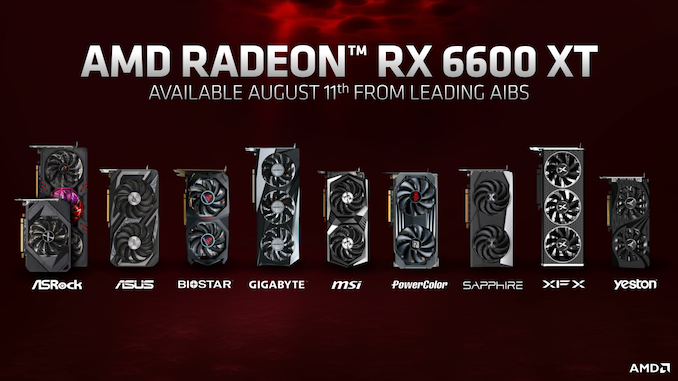 I’ve been told by AMD that these cards should run the gamut in terms of designs, ranging from basic cards that are designed to hit AMD’s SEP, up to premium triple fan cards with as much RGB lighting as your computer case can handle. This means that we’re going to see a large variety of cards, but we should also expect a large variety in prices. Meanwhile the ecosystem for coolers suitable for a 160W video card has been pretty stable over the last few years, so AMD’s partners have some solid coolers ready to go that shouldn’t have any trouble cooling RX 6600 XT. Similarly, AMD’s OEM partners will also be rolling out machines with RX 6600 XT cards, and should have good access to the needed coolers.

The $379 question, of course, is going to be retail pricing and availability. AMD tells us that they’ve been working hard on supply, and with Navi 23 being a relatively small chip, AMD gets a lot more per wafer than they do the chips going into the 6700/6800/6900 series cards. Still, the chip crunch has yet to end, and meanwhile that accursed cryptocoin, Ethereum, is up 18% just in the last week; so the current supply-constrained market is far from being resolved.

For now, AMD is targeting a Street Estimated Price (SEP) of $379, reflecting the expected performance of the RX 6600 XT versus the RTX 3060, as well as current inflated market prices for video cards. Realistically, I don’t see this as being sustainable right now – especially when in-stock RTX 6700 XT cards are starting at $900 – but prices should be reasonable at least for launch day. Past that, AMD and its board partners are subject to the same video card chaos as the rest of the market, and I will not be surprised to see the partners focus on producing high-end cards as a consequence. 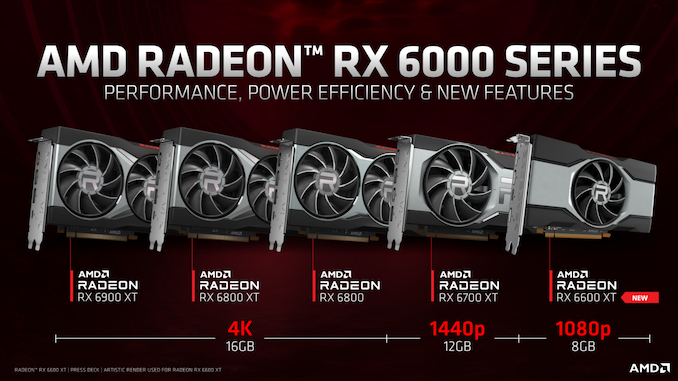 None the less, one more line of video cards on the market is one more chance to grab a video card. And it’s a distinct improvement for the mainstream gaming market, which has been particularly underserved over the last few months. So it will be interesting to see on August 11th where the RX 6600 XT lands in terms of performance, and what that means for the mainstream gaming market.