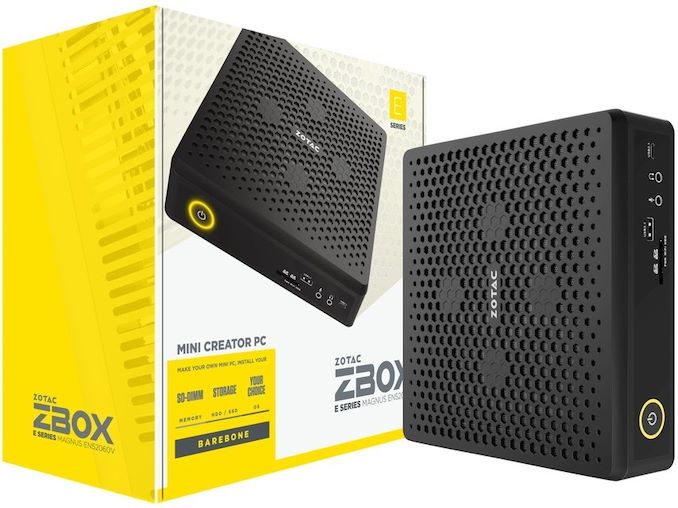 Zotac has quietly added a new mainstream gaming barebones system into its lineup of ultra-compact systems. With its quad-core Intel processor and NVIDIA’s GeForce RTX 2060 graphics card, the new Zbox Magnus EN52060V promises the performance of a mid-range mobile PC for gamers, but at a lower price and with all advantages that a desktop can offer.

The barebones system uses a mobile processor in an FCBGA1440 packaging, so it cannot be upgraded. Meanwhile, it is unclear whether the system uses a soldered-down discrete GPU, or an MXM module that could theoretically be upgraded.

ZOTAC already lists its Zbox Magnus EN52060V on its website, so it is reasonable to expect it to become available shortly. As for pricing, while Zotac has not announced anything at this time, based on its specifications we expect that this should end up the cheapest of Zotac's GeForce RTX-equipped Magnus EN-series PCs.