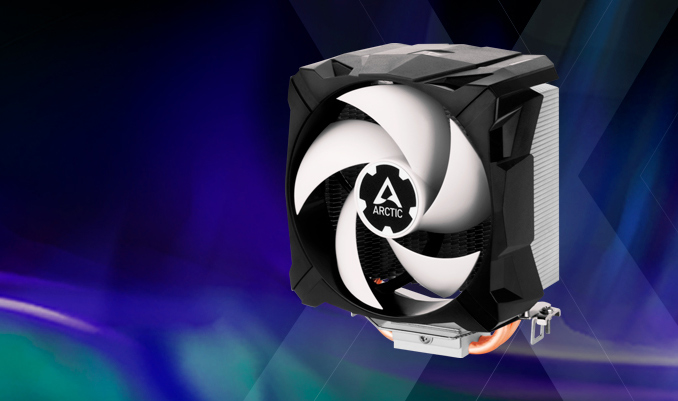 When it comes to cooling, the attention of most PC enthusiasts is drawn towards high performance air or liquid CPU coolers that can handle overclocked high-end processors without breaking a sweat. But countless desktops are shipped with modest cooling systems that have to do the job without suffering the all-too-common pitfalls of being noisy or expensive. One such common cooler has been Arctic's Freezer 7 Pro, which has been around for almost forever, and which is getting a successor this week. Dubbed the Arctic Freezer 7 X, the updated cooler promises 10% better cooling performance, a slightly lower cost, low noise levels, and even compatibility with future CPUs.

The Arctic Freezer 7 X is a tower cooler made of aluminum and featuring two 6-mm U-shaped direct touch heat pipes as well as 44 0.4-mm fins. The cooling system comes equipped with a 92-mm fluid dynamic bearing PWM-controlled fan that produces noise levels of up to 0.3 Sone (22.5 ~ 24.5 dBA). The fan has a special cover that enhances the look and optimizes the airflow to maximize performance. The Freezer 7 X is 132.5 mm high and is 110.5 mm wide, so it will not fit into most Mini-ITX chassis, but it should be compatible with the majority of standard ATX towers.

Arctic’s new Freezer 7X is compatible with all mainstream CPU sockets, including AMD’s AM4/AM3 and FM1/FM2 as well as Intel’s LGA 115x and upcoming LGA 1200. To simplify usage, the cooler comes with pre-applied MX-2 thermal paste.

The Arctic Freezer 7 X is covered by a six-year warranty, it carries an MSRP of $19.99 and is available from retailers like Amazon. In the near future Arctic also plans to introduce its Freezer 7 X CO with a double ball bearing fan. 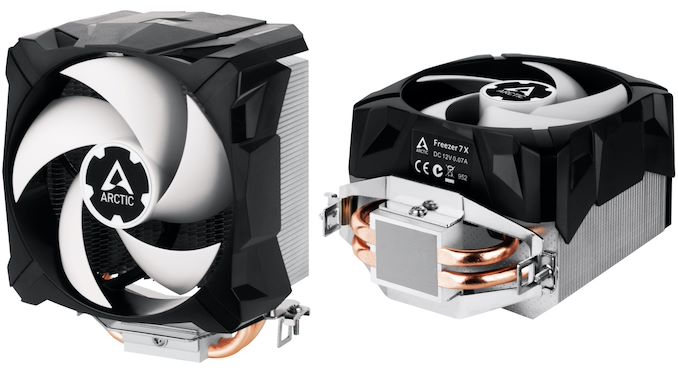