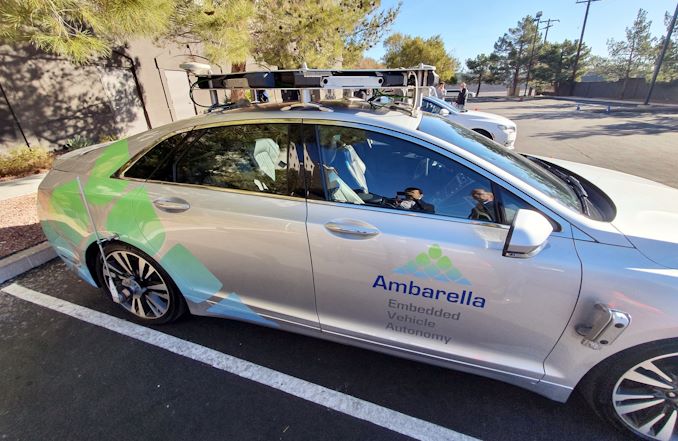 Amongst the many showcases at CES 2020 was Ambarella’s newest demo line-up showcasing various solutions using the CV2, CV22 and also demonstrating new platforms based on the newly announced CV2FS and CV22FS automotive camera SoCs.

For readers unfamiliar with Ambarella, the company came to be known through its success in providing the silicon inside solid state handheld camcorders as well as sports cameras such as the GoPro Hero line. Over the years the company has shifted its product towards more specialized use-cases, now claiming to be a top vendor in IP video security solutions and also leading the charge in terms of delivering solutions for automotive platforms.

Continued Success with CV2 and CV22

The CV2 and CV22 solutions were announced at last year’s CES and continue to represent key solutions and offerings for the company for 2020. Amongst the more interesting demos they showcased this year was a direct comparison against a competitor solution demonstrating performance and power efficiency advantages of the CV2 platform:

The CV2 development board here was put up against a Nvidia AGX running an object detection workload. Both platforms showcased similar performance in holding 60fps (~13.2ms for the AGX vs 16.9ms for the CV2 in terms of inference time), although with the Nvidia platform using 32W of power versus only 6.9W for the CV2 demo. We had a look at the AGX last year and found for similar inferencing workloads using Nvidia’s demonstration software to be around 13-16W in power consumption, so it’s possible Ambarella’s demo implementation wasn’t using the AGX to its most efficient potential. 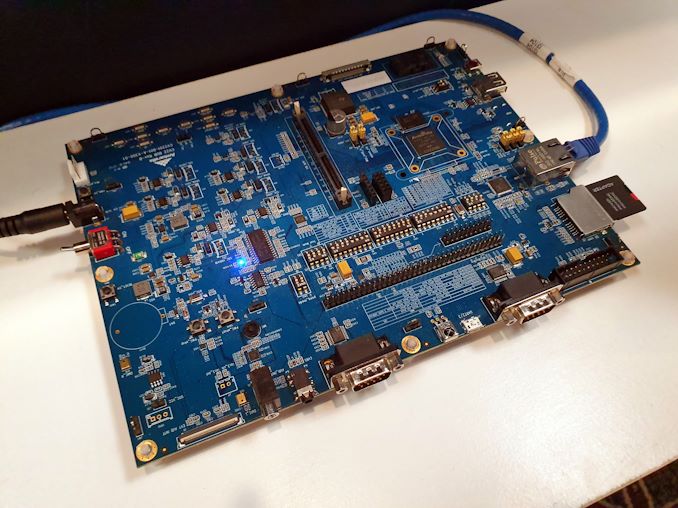 The company showcased more partnerships with various companies bringing using the CV2 and CV22 platforms, including a collaboration with AWS’s SageMaker Neo platform to help train ML models in the cloud and to deploy them into edge devices using the Ambarella CV SoCs. 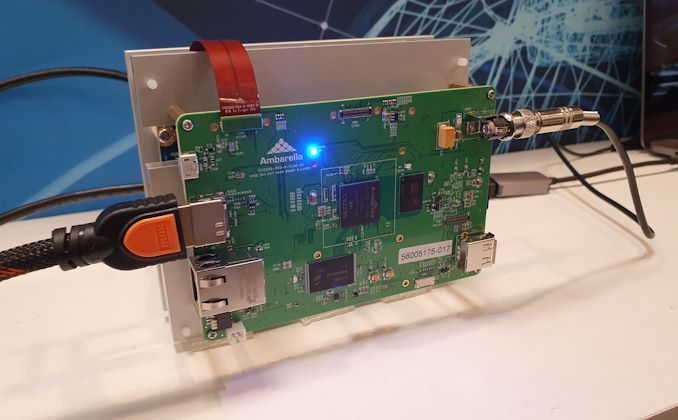 Alongside a partnership with AnyVision to bring retail analytics (heat maps, traffic analysis, person detection, recognition & counting in commercial and retail shops), one very interesting demo was a showcased enabled with Mercedes-Benz in what they call a “Cargo Recognition and Organisation System” (CoROS), in which there’s a CV2 device and camera at the top of the back door of a delivery van able to scan loaded and unloaded packages. When scanning a specific package when loading, it’s able to highlight the most optimal shelf location within the delivery van with help of LED strips on the shelves, optimising the package arrangement for the best loading and unloading experience depending on the delivery routes. The system was extremely straightforward in its implementation and only required a single higher resolution camera installation to be able to read out package barcodes effectively, it definitely felt like a killer use-case for computer vision solutions. 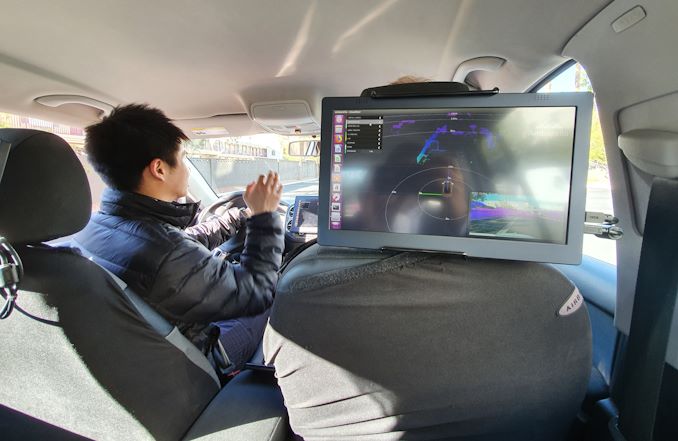 Although we couldn’t test it during daytime in our CES schedule, the most interesting demonstration the company had showcased was a fully autonomous vehicle demo using only CV2 chipsets and various camera systems. Ambarella prided itself in the ability to have the system working in both day and night – the latter being a lot more complex to implement in a pure CV system without LIDAR.

The new product announcements this year were in the form of the CV2FS and CV22FS – essentially these are brand-new designs based on the CV2 and CV22 capabilities, now offering full ASIL B functional safety compliance as well as automotive grade qualification such as AEC-Q100 grade 2 compliance (-40 to +125°C operating temperatures).

On the consumer camera front we didn’t see any newer announcements, and as such the CV25 continues to be Ambarella’s main product for consumer and security camera applications. 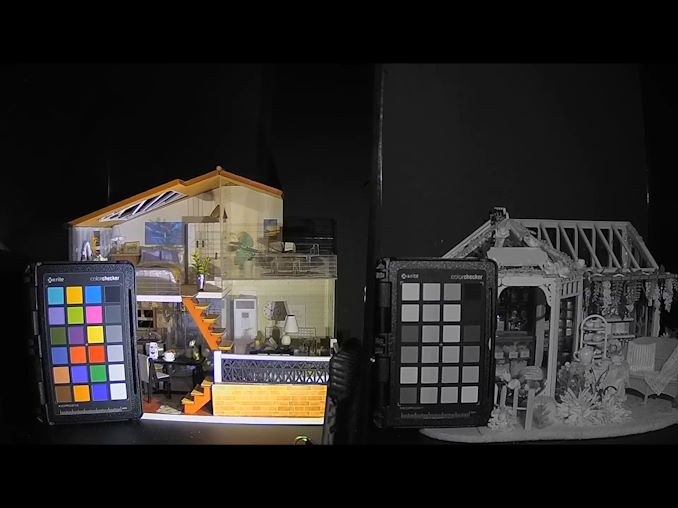 One more interesting development was the announcement of a partnership with ON Semiconductor in bringing to market a new RGB-IR camera sensor that has the ability to capture information both in regular colour RGB spectrum as well as in the IR spectrum. Ambarella’s ISP is able to support the format and merge the data together, achieving some very interesting new capabilities in terms of low-light capture. The feature seemingly seems like another killer use-case to be implemented in security cameras in the future.