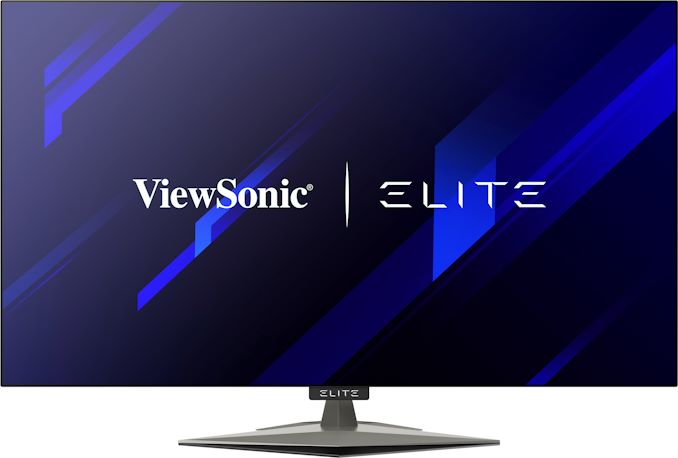 Demand for larger gaming displays is growing these days, so it is not surprising that more and more manufacturers have introduced 37.5-inch and bigger LCDs. But up until recently, there has still been a pretty big cutoff between PC-centric gaming monitors, and console-centric gaming TVs. Those differences are starting to fade away however, as traditional PC monitor manufacturers are increasingly dipping their toes into ultra-large big format displays, which offer screen sizes above 50 inches. ViewSonic in turn is the latest manufacturer to try their hand at a large format display, announcing its 55-inch 120 Hz OLED display at CES 2020.

ViewSonic’s Elite XG550 features a 3840×2160 resolution, a 0.5 ms GtG response time, and a 120 Hz maximum refresh rate. Since we are dealing with an OLED panel, it may not necessarily have a very high peak brightness, but given its natural ability to offer deep blacks as well as a very high contrast ratio, it should provide a very life-like picture. The monitor can reproduce 99% of the DCI-P3 color gamut, which is well in line with what professional LCDs can do.

One thing that strikes the eye about the Elite XG550 is its rather narrow bezels. In general, the monitor looks extremely futuristic and an RGB lighting on the back just emphasizes this design 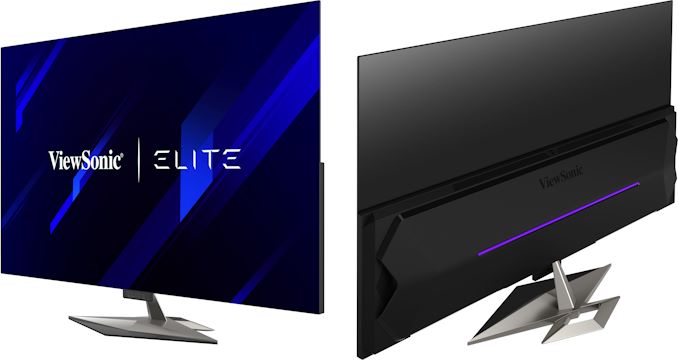 Unfortunately, while the display is being announced this week, ViewSonic is closer to teasing the display than they are to commercially shipping it. So the company hasn't disclosed what kind of connectors the Elite XG550 has, which variable refresh rate technology it supports, and whether it supports any HDR transport technology (though judging from this week's other 55-incher, that's unlikely). Ultimately, as the company isn't saying anything about its launch timeframe, it looks like the monitor is still work in progress.

A thing to note about the ViewSonic Elite XG550 is that it is the third 55-inch OLED gaming monitor introduced in the last 12 months after Dell’s Alienware 55 as well as Acer’s Predator CG55K. Considering that there are not many 55-inch 4K 120 Hz OLED panels around (and it looks like only one large maker produces them), it is very likely that the Elite uses same panel as the other two displays, and will end up with very similar characteristics.