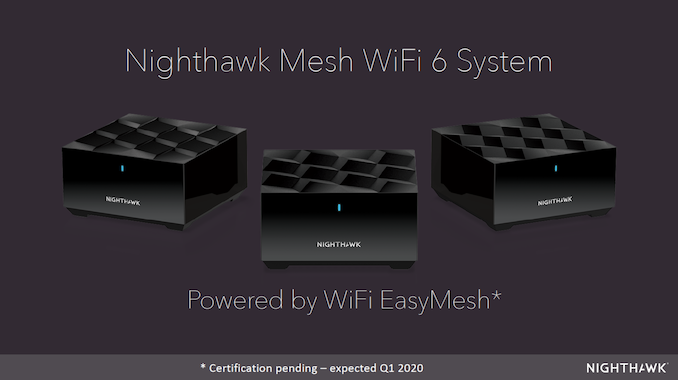 Netgear's Orbi has enjoyed tremendous success in the Wi-Fi system / mesh networking market. Technically speaking, the Orbi kits can't interoperate with mesh nodes from other vendors or even with netgear's own range extenders in a seamless manner. The proprietary nature of each vendor's mesh networking stack is the key contributor to this problem. In 2018, the Wi-Fi Alliance weighed in with the EasyMesh standard that could allow equipment from different vendors to co-operate for a standards-based mesh networking functionality.

At CES 2020, Netgear is announcing the Nighthawk Mesh Wi-Fi 6 System that implements a standards-based Wi-Fi mesh network capable of interoperating with other Wi-Fi EasyMesh-certified products. Typical of mesh networks, the Nighthawk Mesh also creates a single Wi-Fi network with device steering and intelligent roaming for mobile devices. The members of the kit come pre-paired for easy installation. 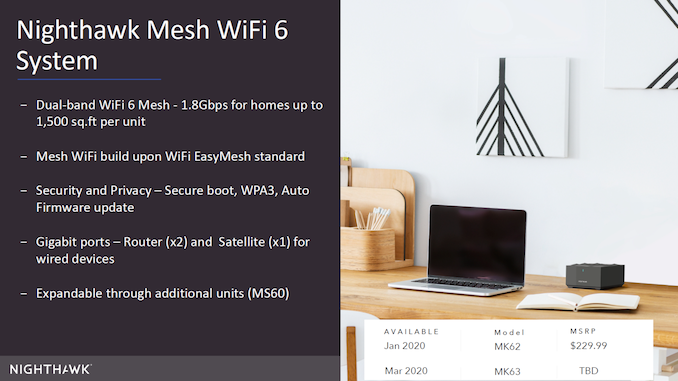 Netgear claims that each unit can cover up to 1500 sq. ft., while providing data rates up to 1.8 Gbps (pointing to a 2x2 configuration). 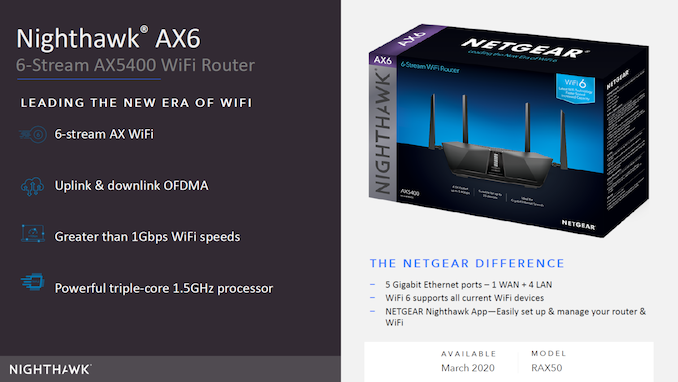 The RAX50 6-stream AX5400 router is also being introduced at CES. It is based on the Broadcom BCM6752 WLAN SoC. The in-built 2x2 WLAN radio in the SoC is used for operation in the 2.4 GHz band, while an external 4x4 radio is used for the 5 GHz operation.

The new EAX20 nesg extender is a 4-stream AX1800-class product that comes with four gigabit LAN ports. The product will be available in retail for $150 next month. 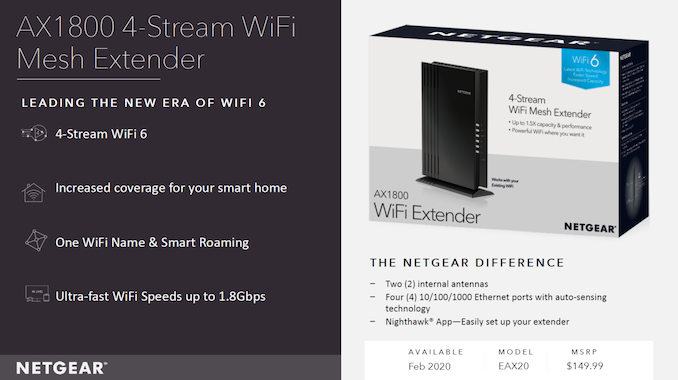 Overall, Netgear is expanding their Wi-Fi 6 offerings to target a wide budget range. While Orbi continues to remain the premium mesh networking product from Netgear, we are glad to see the company put in efforts to also release a standards-compliant EasyMesh-enabled mesh networking kit.