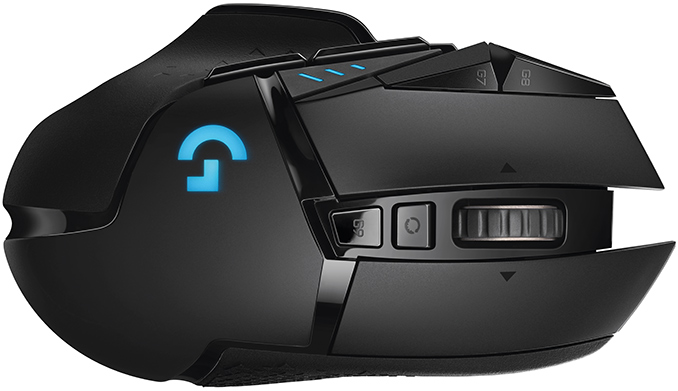 Logitech this week is introducing an upgraded, wireless version of its popular G502 mouse. Dubbed the Logitech G502 Lightspeed, the new wireless gaming mouse uses the company’s latest Hero 16K sensor, while its internal architecture has been significantly redesigned from the original G502 to accommodate its wireless features.

New On The Inside...

Similar to the company’s other modern high-end gaming mice, the Logitech G502 Lightspeed is based on the company’s HERO sensor, which is tuned to provide tracking resolutions up to 16,000 DPI. That sensor is paired with a 32-bit ARM Cortex-M-based SoC, which offers a 1ms USB polling rate. The new sensor and the SoC support automatic surface tuning, so the mouse can show all that it can on most surfaces, Logitech says. Essentially, the tracking performance and responsiveness of the Logitech G502 Lightspeed is designed to be similar to that of other gaming mice from the company. 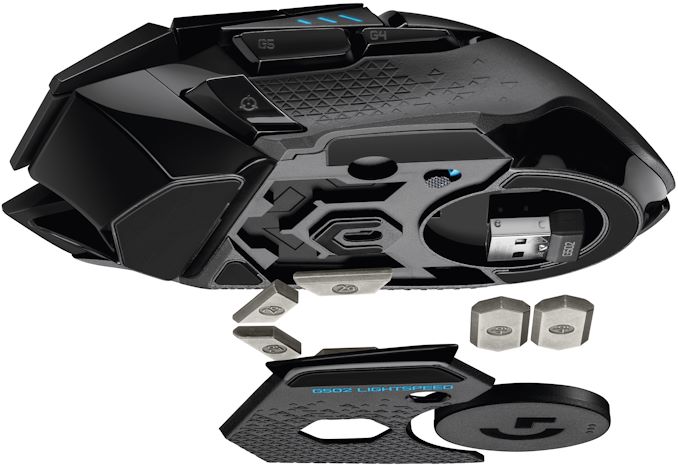 The biggest addition, of course, is the inclusion of wireless functionality. The G502 Lightspeed uses the company’s proprietary (and aptly named) Lightspeed wireless interconnection technology, which is designed specifically to minimize input lag. According to Logitech, the company achieves this by optimizing the internal architecture of its devices, increasing the polling rate of the wireless receiver to 1 ms, increasing the signal strength, applying a proprietary frequency hopping mechanism which uses the strongest interference-free channel, and optimizing the software stack as well.

Wireless support isn't just on the communications side, either: the other key wireless addition to the G502 Lightspeed is optional support for wireless charging, via Logitech's PowerPlay wireless magnetic charging technology. Sold separately from the G502 Lightspeed itself, Logitech's PowerPlay system relies on a combination of a power reception module that goes into the mouse itself, and a special power mat that, unfortunately, is only compatible with Logitech’s devices. Overall, the company says that the battery used inside the G502 can sustain 800 cycles without degradation. In fact, to ensure longevity of the battery, PowerPlay keeps the battery between 85% and 95%, charging the battery back up to 95% once it reaches the lower threshold.

Intended to retain the design of the wired G502 mouse from which it's derived, the G502 Lightspeed is similar to the original mouse from 2014, it features 11 programmable buttons that can be configured to perform an individual action or assign macros. Furthermore, the unit has an adjustable weight system (114 + 16 grams), textured rubber side, and other ergonomics features that one comes to expect from a gaming mouse. 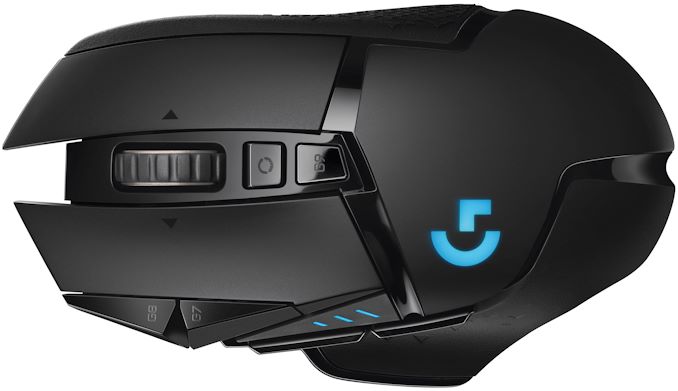 While the G502 Lightspeed mouse looks like its legendary predecessor, Logitech had to put a lot of efforts to sustain the design/ergonomics while changing everything internally. One of the things that engineers from Logitech had to invent an internal endoskeleton and use a special external thin-wall design to free up space for all the extra hardware (primarily, a battery) used by the new G502.

Logitech also put a lot of effort into ensuing that the feel of the Logitech G502 Lightspeed is as close to that of the original G502 as possible. As a result, gamers familiar with the 2014 mouse will have no problems migrating to the new one.

The Logitech G502 Lightspeed will be available this month directly from the company, as well as its retail partners. In the U.S., the product will carry an MSRP of $149.99. 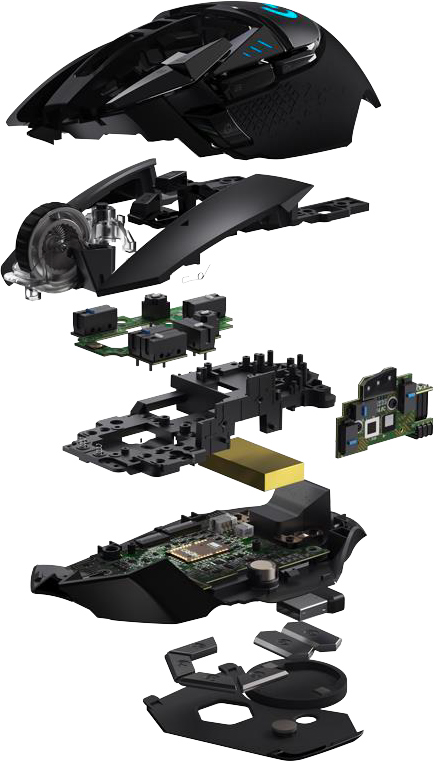