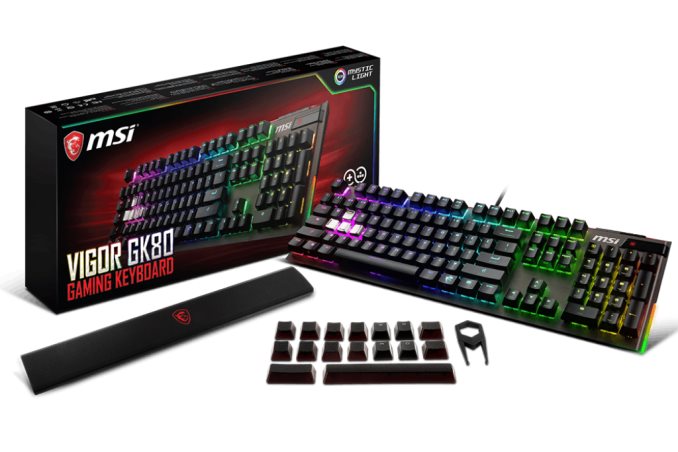 Today MSI has revealed two new keyboards adding to its Gaming Gear line of peripherals in the Vigor GK70 and GK80 Gaming keyboards. Both keyboards feature a base constructed of anodized aluminum and feature Cherry MX Red RGB LED switches. Each individual key can be customized through the Mystic Light software. These are also part of the Mystic Light Sync ecosystem able to synchronize colors and effects with other RGB peripherals and components. 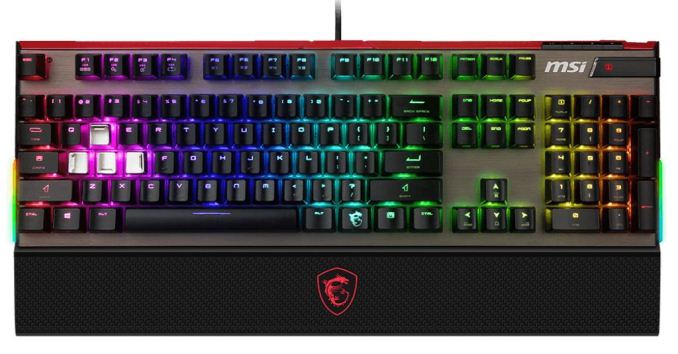 Compared to the GK40 we saw in January, the GK80 is a notably smaller and does without the extra frame and integrated wrist wrest surrounding the keys. The GK40 also used ‘mechanical-like’ membrane type switches and six zone RGB LED control whereas the new GK80 uses Cherry MX RGB LED switches and per-key RGB illumination. Clearly, the GK80 will be the more premium product of the two.

The GK70/80 has 100% anti-ghosting along with N-Key rollover for all keys in gaming mode, six keys in standard mode. Both keyboards also have hotkeys able to control for MSI Gaming motherboards and graphics cards. They will be able to use the three performance modes (Silent, Gaming, OC) for each without having to jump out of the game.

The GK80 has dedicated media keys at the top right to access volume controls, mute, a play/pause. Also located by the media keys on the back is an integrated USB pass-through port used to connect additional peripherals (USB 2.0 500mAh charging). The GK70 differs from the GK80 in size with and is a bit smaller with a Tenkeyless layout (loses the number pad). Outside of that, the GK70 does not have the dedicated media keys or the USB pass-through like its big brother does, but shares its other features. 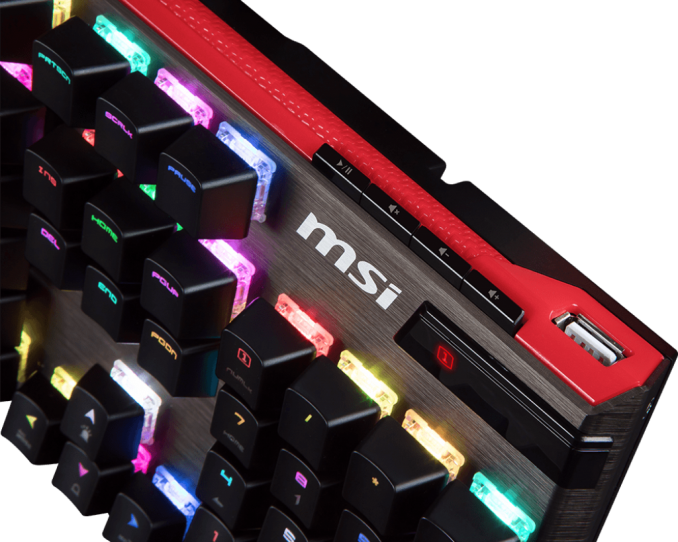 Both the GK70 and GK80 include similar accessories with additional keycaps and a key puller. Included are four metal Zinc Alloy tipped keys (for A/S/W/D) and 12 double injection keycaps with an anti-slip rubber textured surface MSI calls Dragon Scale texture. The extra keycaps are stored in the backside of the detachable palm rest – a pretty unique location. 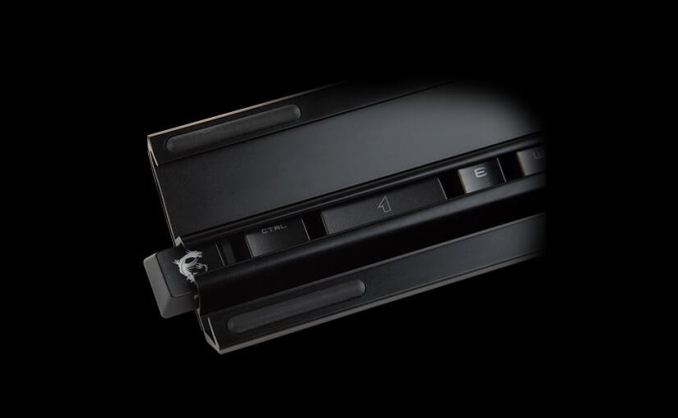 Both the MSI Vigor GK80 and GK70 Gaming Keyboards are expected to be in stores worldwide beginning in March 2018. The GK80 is currently priced at $153.39 and the GK70 is priced at $124.33 at Newegg which does put them in the premium gaming keyboard segment.