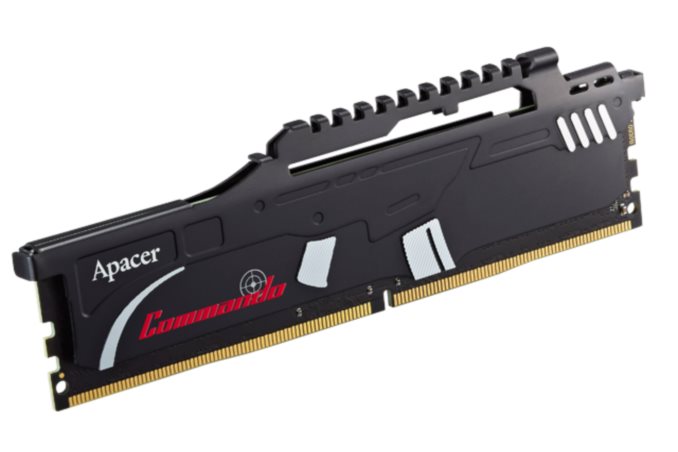 The new Apacer Commando series DDR4 comes in 16 GB (2x8GB) dual-channel kits with frequencies reaching up to DDR4-3466 CL16 and DDR4-3600 CL17. The sticks were announced late last year but with different, looser (CL18), timings. The new SKUs run at slightly tighter timings with the same voltage and same unique heat spreader from their Armory design which looks like the rail and iron sites on some assault rifles. The kits do not include RGB LEDs but rely on the unique design aesthetic of the heat spreader to set itself apart from the rest.

The Commando Series from Apacer uses a gun theme on these sticks with an AR body printed on the side of the heatsink. The heat spreader, outside of the gun impressed on it, is black with the Apacer and Commando names printed on the side in white and red respectively.  The top rail and iron sites extend up just a bit over the memory’s black PCB and rest of the heatsink, but this design shouldn’t get in the way of too many CPU coolers. As always, check on the dimensions for proper fitment.

The new sticks should be a good fit for the latest Intel platforms as they are able to support these speeds, typically, by simply enabling the XMP profile. AMD’s AM4 platform has been maturing nicely over the past several months on many fronts, including memory compatibility, but kits this fast may be overkill for that platform and also require manual entry of speed and timings. Perhaps Zen+ will change that when it releases here in the coming months. 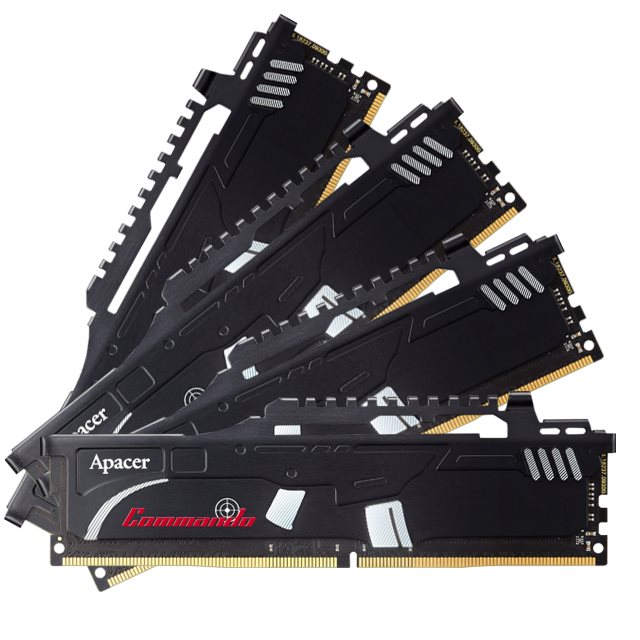