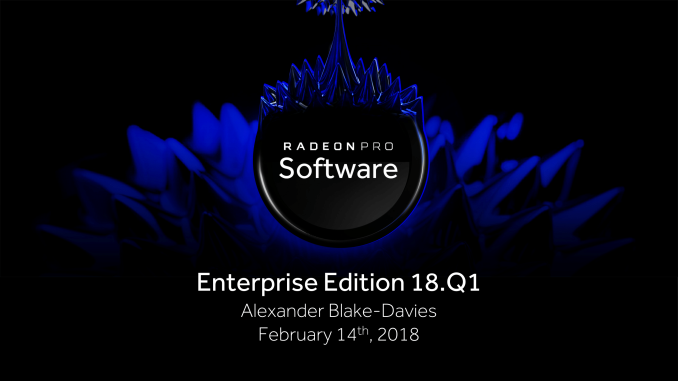 First things first, AMD is implementing a slight rename from Radeon Pro Software “Enterprise Driver” to “Enterprise Edition,” making it consistent to the overall Radeon Software naming. This streamlining has not been extended, however, to the latest gaming driver now supported by 18.Q1 Driver Options, which remains “Radeon Software Adrenalin Edition for Radeon Pro 18.2.1.” 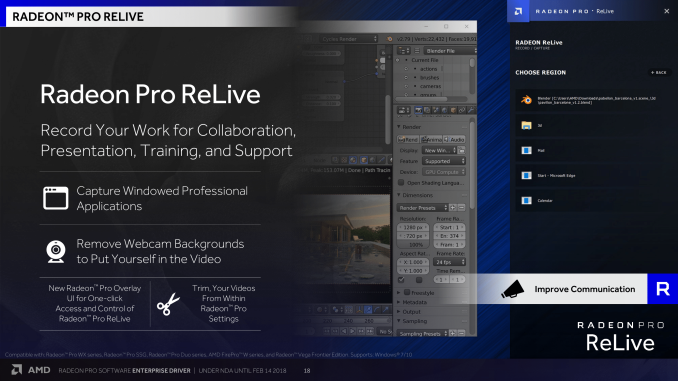 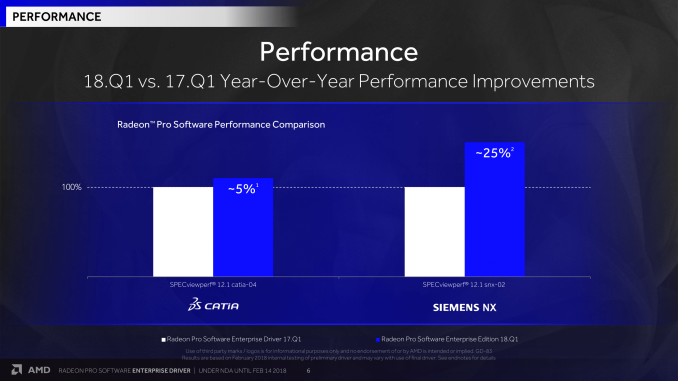 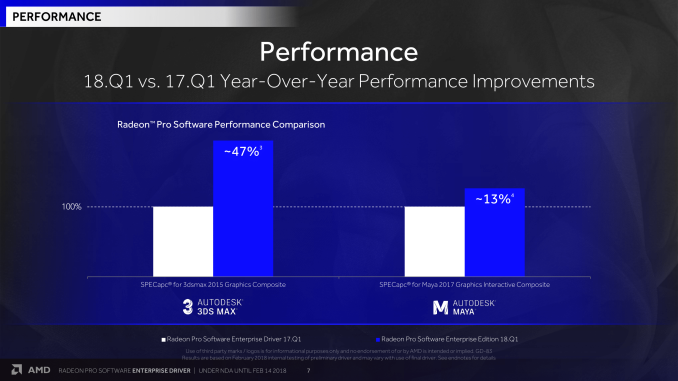 Moving on to AMD’s MxGPU, their hardware-based SR-IOV virtualized graphics solution, 18.Q1 is coupled with the January technical preview host driver for Citrix XenServer MxGPU, while production-level XenDesktop and XenApp guest drivers have been updated with 18.Q1 binaries for cloud-deployed 64-bit Windows 10, 7, Server 2016, and Server 2008 R2 platforms. The packages and compatibility notes can be found on AMD’s Citrix Pro Driver page. 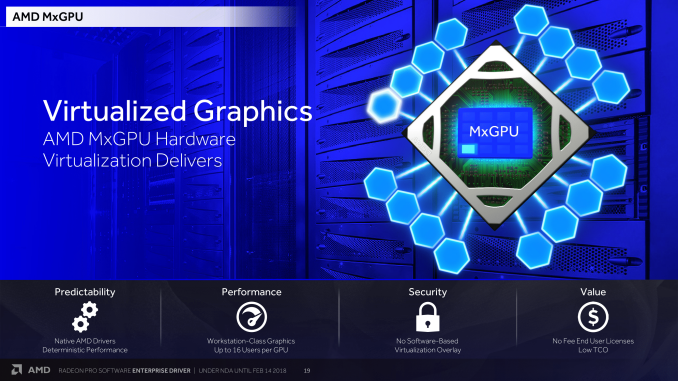 In a similar vein, their Guest Interface Manager (GIM) open source KVM host OS driver remains available on GitHub as a technical preview, though the guest drivers have not been updated since Adrenalin Pro 17.12.2.

Wrapping things up, 18.Q1 comes with a list of bug fixes and documented issues typical of professional and enterprise drivers.

AMD notes that Multi-GPU Single Large Surface on Windows 10 is not currently supported on any hardware for 18.Q1.

For Linux support, details can be found in the release notes for Radeon Pro Software Enterprise Edition 18.Q1 for Linux.

The updated drivers for AMD’s professional workstation GPUs are available online at the AMD’s professional graphics driver download page. More information on this update and further issues can be found in the Radeon Pro Software Enterprise Edition 18.Q1 release notes and Radeon Pro newspost on 18.Q1.