As we mentioned before, both the Celsius S24 and Celsius S36 are essentially identical, with the sole exception being the size of the radiator. The Celsius is a common configuration of a single radiator, two hoses and one block that combines the CPU contact plate, the pump, and the speed control electronics. Fractal Design went with a subtle, all-black design, so you will find no fancy colors or RGB lighting here. The coolers however are very attractive, with a symmetric, classy appearance. The use of braiding on the cooling tubes that perfectly matches that of the power wire (and cable sleeving in general) is a nice touch. 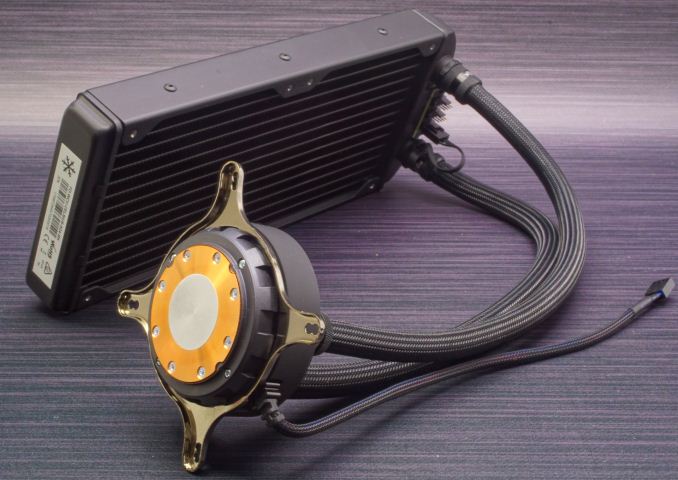 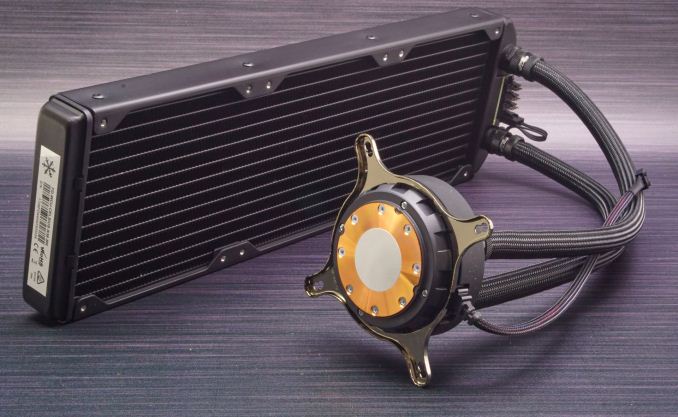 The radiators of the S24 and S36 differ only in terms of length, with the former being 284 mm long and has space for two 120 mm fans, while the latter is 403 mm long and has space for three 120 mm fans. Both radiators are 30 mm thick and 123 mm wide. It is a common, proven core design, with wavy fins attached to thin oblong tubes. In theory, it is possible to install double the number of fans in a push-pull configuration, but that would not have a significant effect on radiators as narrow as these are, as the airflow impedance is not significant to begin with. 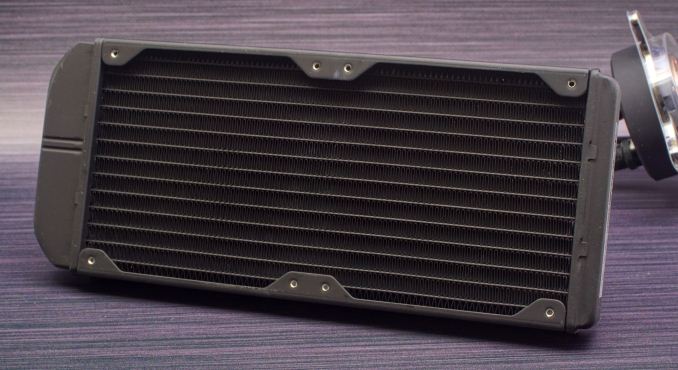 One of the simple features of the Celsius coolers that do stand out is the integration of a “power hub” on the radiators. This is meant only for the fans of the cooling kit, so the hub on the S24 has two headers, while that of the S36 has three. The hubs allow the users to connect the fans on the radiator and allow them to be controlled in parallel with the kit’s liquid pump from the motherboard’s header. With the hub’s cable routed through one of the hoses, this is exceptionally useful for users who are trying to build ultra-clean systems, without any visible or loose cables. 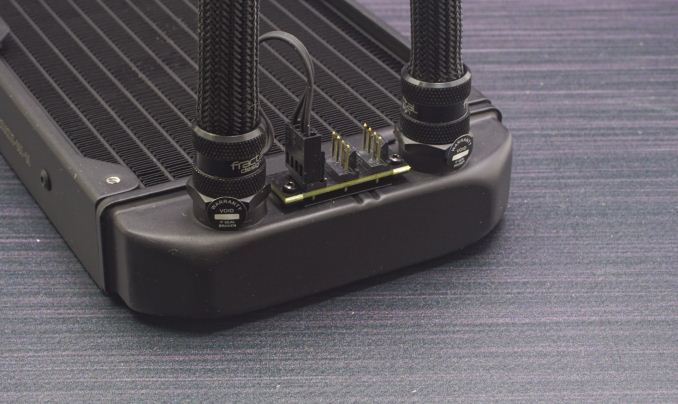 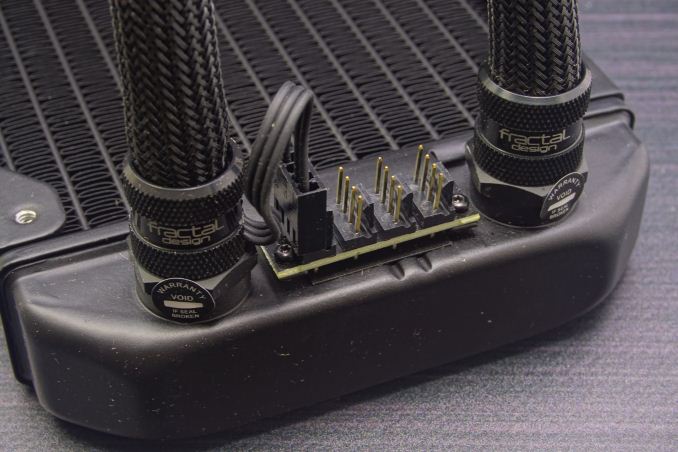 The hoses of both coolers are removable, allowing for the expansion of the kits if required. We found warranty seals on the hoses and Fractal Design states that removing them will limit the terms of the warranty, but not negate it completely. However, we would like to stress that there are two issues with these kits, should the user decides to go ahead with an upgrade. The first is that there are no fill ports and no reservoir, therefore proceeding with the upgrade without adding a reservoir would be a nearly impossible task for the average user. The second is the small ceramic pump that is integrated into the CPU block, which will be significantly overworked if it is called to drive the flow via several cooling blocks and a reservoir. It will undoubtedly work, but the overall performance will not be anywhere close to that of a stand-alone DIY liquid cooling system with a serious pump.

The circular CPU blocks betray Asetek’s involvement with these kits. The CPU block of the Celsius has a glossy top and matte black surround, without any lighting or complex geometric shapes. Only the company’s logo is partially etched at the top of the blocks. The matte black surround actually is a dial, allowing the user to switch between Auto and PWM speed control. It may feel like an overkill but it makes it exceptionally easy to reach inside the case, find the block and rotate the dial, even without any visual contact. 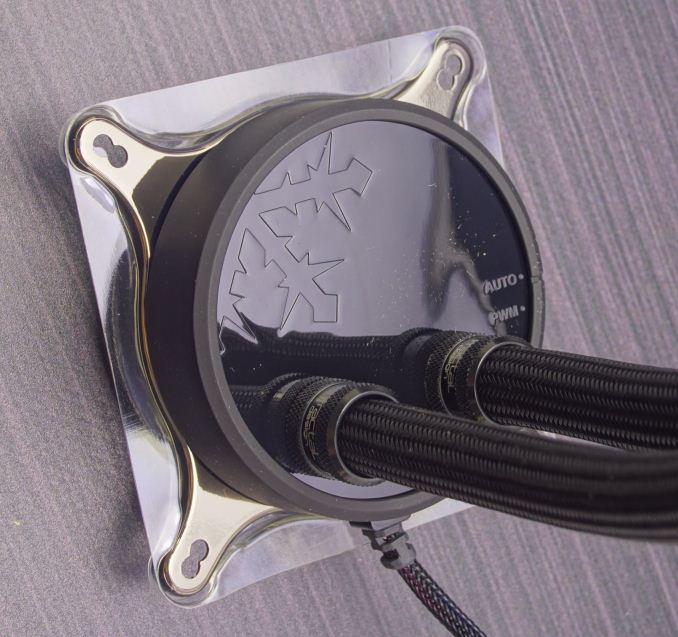 The copper contact plate is attached to the circular base of the block with eight screws. Thermal material is pre-applied to it and it comes with the Intel CPU mounting retention bracket installed from the factory. A retention bracket for AMD CPUs is included in the bundle. The Celsius is fully compatible with AMD’s latest Ryzen processors. 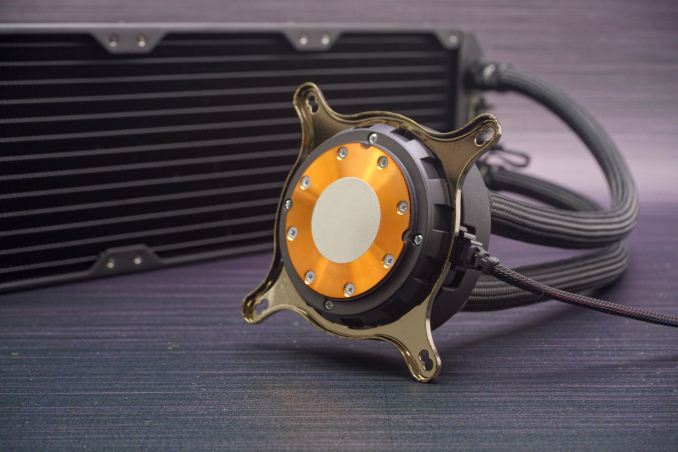