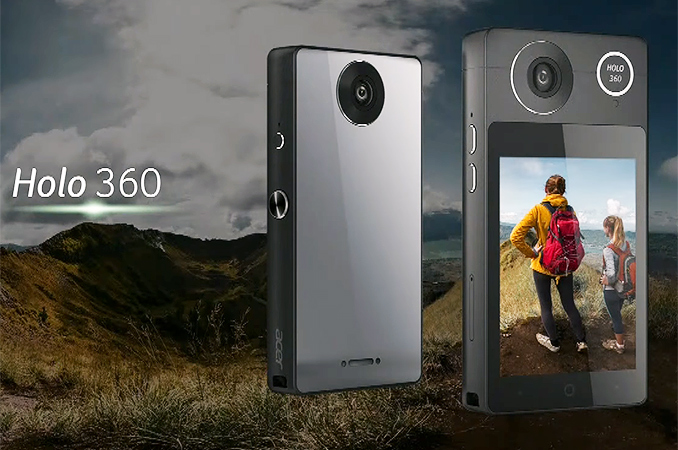 Acer has demonstrated a new camera designed to capture 360° videos and can upload content to the Internet without a PC or a smartphone. The Holo 360 camera is designed to be an easy-to-use camera for consumers,, built on top of Google's ever-dominant Android operating system. One of the key features of the camera is integrated 4G/LTE modem that can be used to upload content to the Internet. Moreover, the camera can even make phone calls.

Right now Acer is limiting what they're disclosing about the Holo 360, and I suspect this means that the camera is still under active development. In particular, Acer is not sharing details about the resolutions supported by the camera's  sensors, nor sharing information about processors that power the Holo 360, or even modem it uses (though keep in mind that different regions use different LTE bands). All of which points to the idea that the current version of the camera is an early prototype and its specifications have yet to be locked down.

What the company is saying is that the camera can process, edit and share videos in a completely stand-alone manner: it does not need a smartphone or a computer to edit and upload content because it has integrated editing software, Wi-Fi support, as well as an LTE modem (it can even make phone calls, according to Acer). The device looks like a thick Apple iPhone 4 with two spherical cameras, a ~3” display, a slot for cards, multiple buttons and a light sensor. Given such feature set, it is not surprising that that the Holo 360 uses Google's Android, but it is unclear whether it will have access to Google’s Play Store. 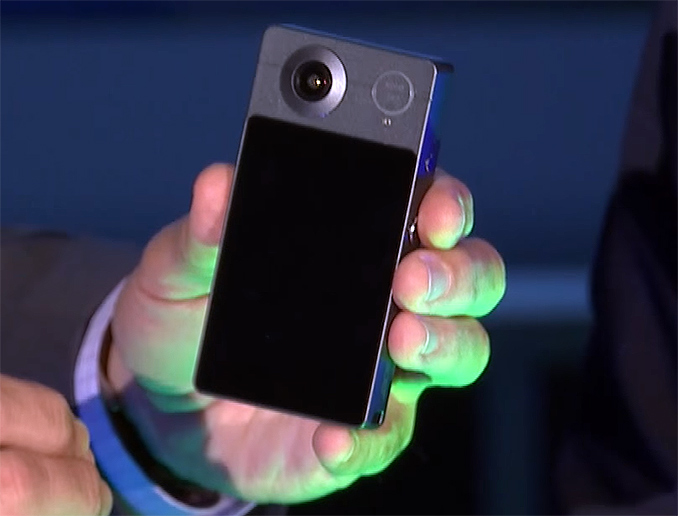 Acer did not reveal MSRP of its 360° camera or its launch date. Moreover, the company provided no specifications and even did not display it alongside other products it announced at the Next@Acer event. It is a little odd for a company to announce a device and then keep it under wraps, but we have two pontential explanations for this: either development of the Holo 360 is far from completion, or the whole device is just a test vehicle for Acer’s 360° video hardware and software, which will end up in one of the company’s upcoming smartphones.

While we do not know almost anything about the Acer Holo 360, it is important that the company demonstrated it at all. On the one hand, it shows that Acer believes in VR and 360° content, which is not exactly surprising as the manufacturer is working on its VR and mixed reality headsets with various partners. On the other hand, it means that Acer sees a potential market for this kind of product, either in an integrated or discrete form. The latter would be an especially interesting twist of fate, as the company used to make portable cameras many years ago.