While the SX700-LPT obviously is very small compared to an ATX PSU, it does not actually adhere to SFX specifications either. It is being labeled as an "SFX-L" design, with its chassis measuring 125 × 63.5 × 125 mm (W×H×D). Essentially, it is 25 mm longer than a standard SFX PSU. The longer chassis allowed SilverStone to fit more components and a 120 mm cooling fan, but it could very easily cause compatibility issues with some cases that do not have any extra space behind the PSU. 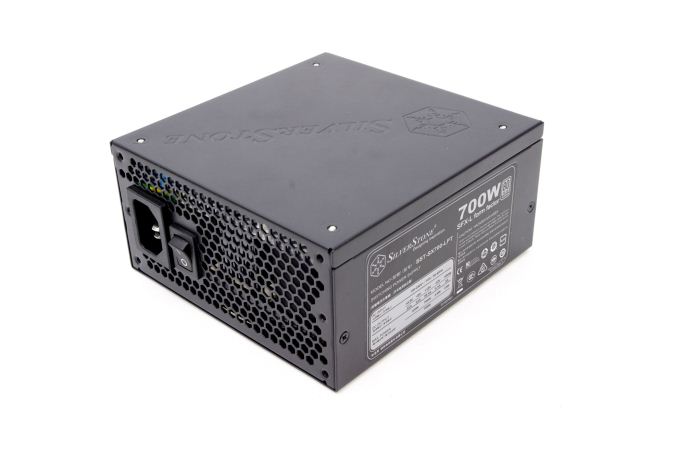 The chassis is sprayed with a satin black paint that is fingerprint resistant. Oddly, SilverStone punched their company logo along the top side and placed the sticker with the electrical specifications and certifications on the left side of the chassis. It is likely that the company expects the top of the PSU to be more frequently visible than its side, but such aesthetic improvements are of questionable value on such products, as cases that require SFX PSUs rarely have windowed panels anyway. 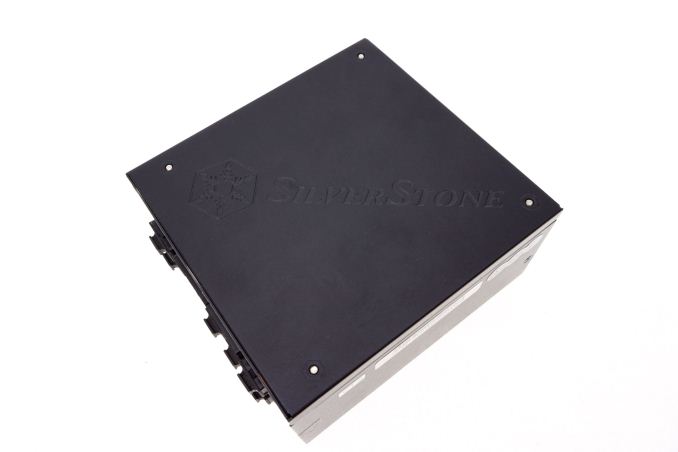 The rear of the SX700-LPT is somewhat interesting in its own way. There is only an AC cable receptacle and an on/off switch, yet such a switch is relatively rare on SFX designs. The connectors for the modular cables can the seen at the front side of the unit, with the PCI Express cable connectors being blue and every other connector being black. 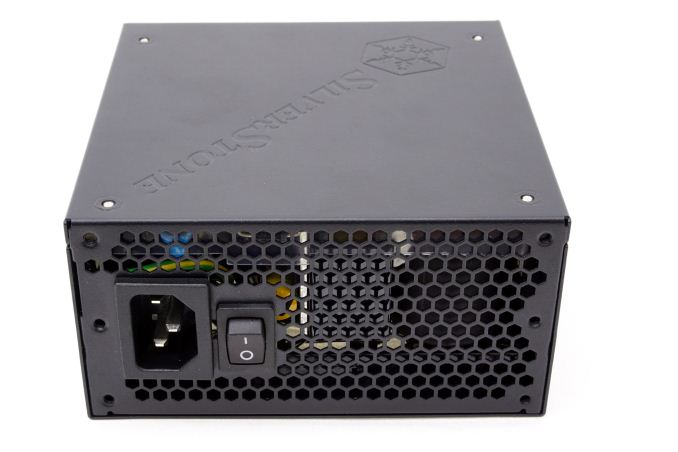 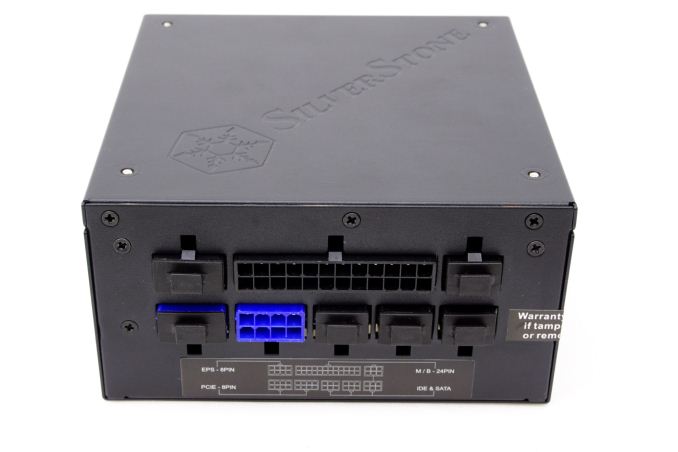 Zhen Poweryear is the supplier of the thin 120 mm fan found inside the SX700-LPT. It has a black frame but semi-transparent tinted blades. We could not find specific information on the PY-12015H12S, but it appears to be a sleeve bearing engine fan and has a maximum speed of about 1700 RPM. 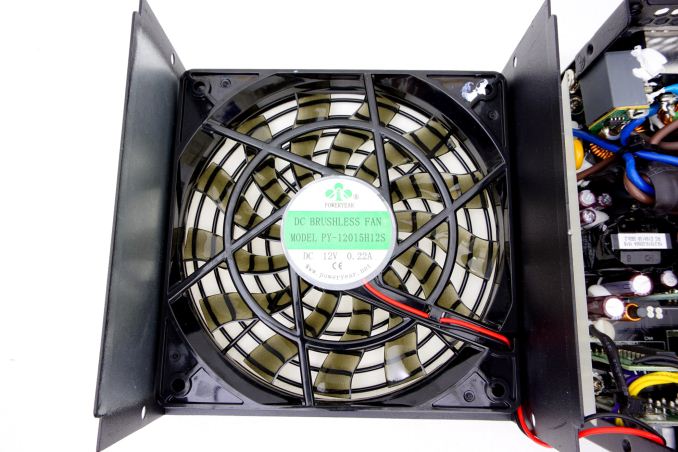 Most of SilverStone’s SFX PSU designs come from Enhance, but this is not the case with the SX700-LPT, which is a Sirfa design. Naturally, everything is very densely packed due to the limited space, but the design is actually very clean for a high power SFX unit. The filtering stage begins at the back of the AC receptacle and continues on the main PCB, with four Y capacitors, three X capacitors and two filtering inductors in total. 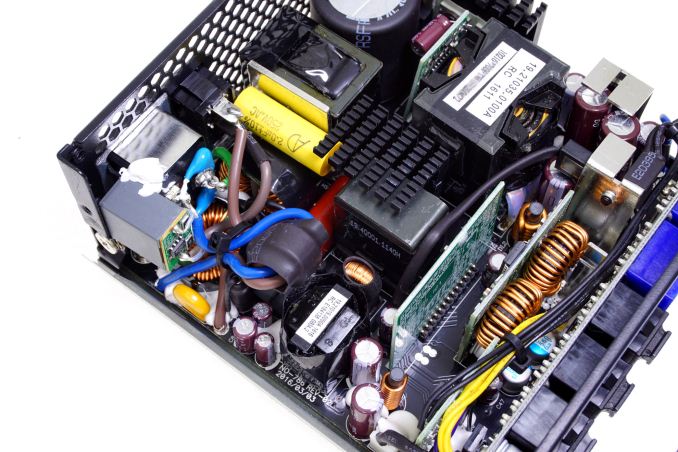 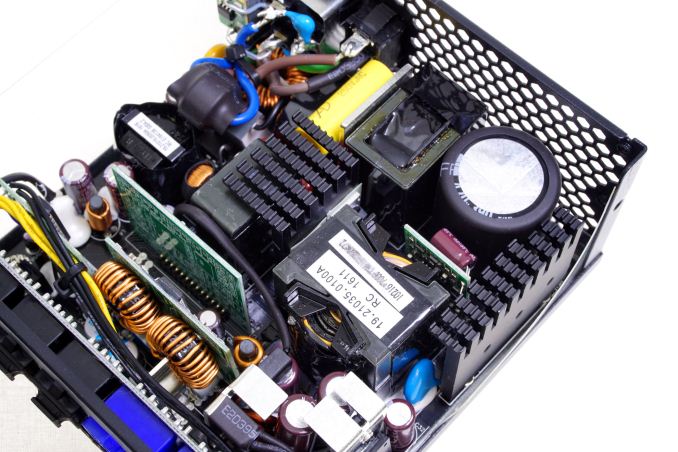 The heatsink at the far right side of the PCB holds the active PFC components, two transistors and a diode. Rubycon supplies the PFC 420V/390μF capacitor. The main inversion stage is a half-bridge configuration with two MOSFETS, which are found on the heatsink near the center of the design. The secondary side conversion MOSFETs are at the underside of the PCB, while DC to DC conversion circuits can be seen on the vertical daughterboards. Nippon Chemi-Con supplies all of the secondary capacitors, electrolytic and solid-state alike. 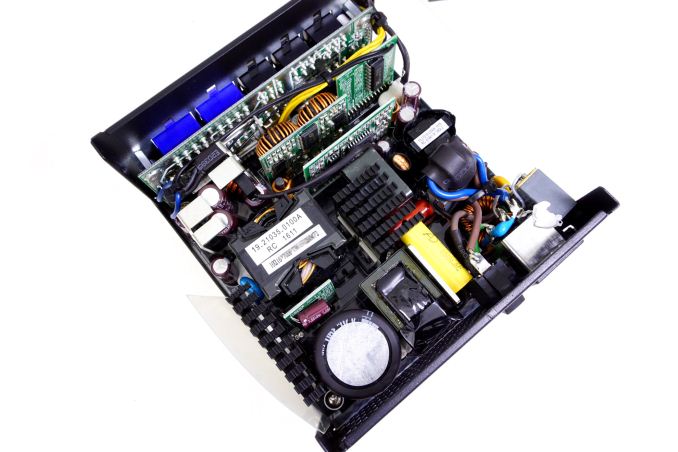 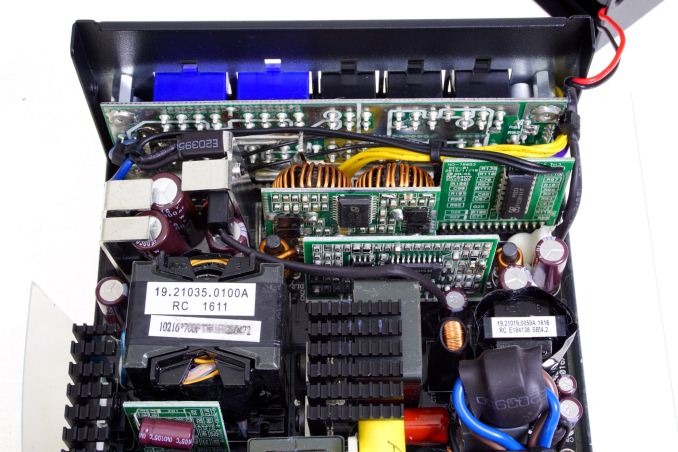