I think branding is one of the most difficult things for any company to accomplish. When Lenovo purchased the ThinkPad lineup from IBM over a decade ago, they didn’t just purchase the laptop lineup. They also purchased the ThinkPad brand. There is pretty much no chance of mistaking a ThinkPad, and the P70 model features the same styling and unmistakable feel of the rest of the ThinkPad lineup. It has the same matte black finish, and the strong chassis as others in the lineup.

This is not a thin and svelte laptop though; it’s made for work. At 3.43 kg, or 7.56 lbs, there would be no doubt about when this laptop was in your travel bag. Mobile workstations are not really designed for ease of travel, but just the fact that they can travel while providing the performance required by the end user is enough. It’s large and heavy enough to keep the workstation class components cool. 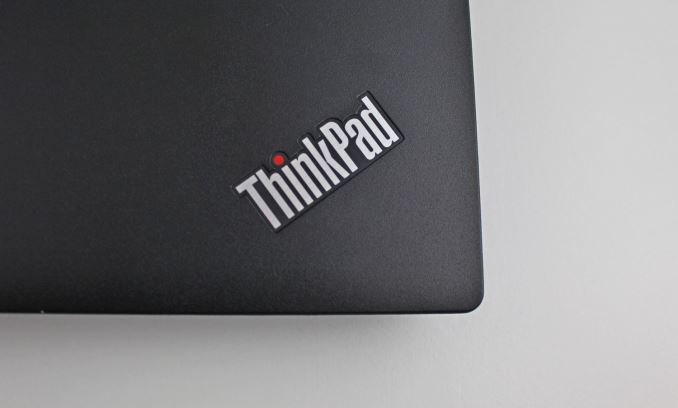 The display doesn’t feature especially thin bezels, but the matte black finish isn’t distracting either. There is a larger bezel on the top and bottom, with the top featuring the webcam. You can open the display 180° if necessary.

Under the lid, we see the traditional ThinkPad keyboard, which features dished keys and two-level white backlighting. Being a 17-inch notebook, there is plenty of room on the right for the number pad, and unlike many, Lenovo keeps the full size zero key which is most appreciated. Keyboard layouts are often a sore spot, but Lenovo has done a good job with the P70 layout, which also features good size arrow keys, and well-marked function keys at the top. Traditionally, ThinkPads have the Fn key on the very far left, next to the Ctrl key, and that is the case here as well. If you are more used to them being the other way around, you can reverse their function in the BIOS. 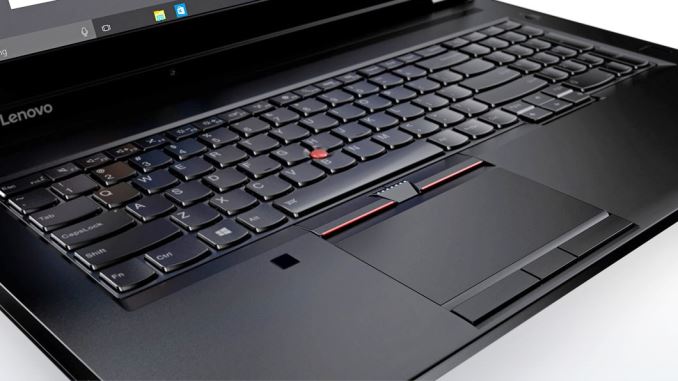 One of the highlights for me on any ThinkPad is the TrackPoint navigation stick. I find it to be much more precise than a mouse, and you can go from typing to mouse without removing your keys from the keyboard. There are left, right, and center buttons right under the space bar to use with the TrackPoint, and while it’s not for everyone, those that like it will not be disappointed in the implementation here. It’s very natural, fast, and accurate.

For those that prefer a trackpad, the ThinkPad P70 delivers a quality unit here too. It’s somewhat compromised in absolute size, due to the TrackPoint buttons taking some of the space away at the top, and the buttons on the bottom removing more space, but the surface is great to glide over and the use of physical buttons will be appreciated by many.

Also on the keyboard deck are two more features. The first is very welcome – and again something that we’ve seen on ThinkPads for years – and that is a fingerprint reader. The difference now is that Lenovo has moved from the swipe-over style to a capacitive press and unlock type, and it is much easier to activate, and less prone to error, than the slide-over model; at least in my experience. I found with the slide ones you had to be conscious of the direction your finger moved over the unit, but with the capacitive models, it’s not an issue any longer.

The other feature on the keyboard deck is a built-in X-Rite color calibration sensor. X-Rite is the same company that makes the colorimeters and spectrophotometers that we use for all of our display testing, so it was excellent to see a built-in option. You can always buy a USB meter of course, but having it built-in should be a nice benefit. We’ll check in with it later on the display section.

Being a workstation, there is also plenty of access on the bottom. Removing a few screws gives you direct access to the hard drive bays, as well as the SODIMM slots, and WiFi and M.2 drive slots. Workstations are a big investment, so it’s nice that maintenance will be easy for the future.

Overall, the design is distinctly ThinkPad. Lenovo hasn’t strayed too far from what made the brand successful in the past, and really the only thing that you could nitpick on the design is that it isn’t offered with a 16:10 aspect display, but unfortunately for us, that aspect ratio seems to have died off in laptops over the last several years.