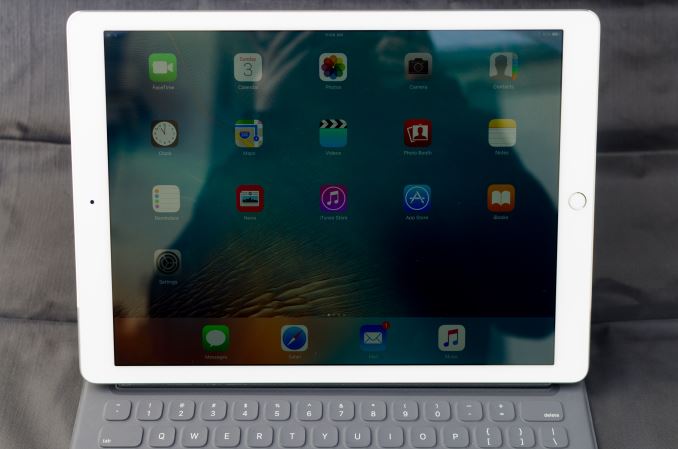 At this point it probably isn’t a secret that tablet sales have leveled off, and in some cases they have declined. Pretty much anywhere you care to look you’ll see evidence that the tablet market just isn’t as strong as it once was. It’s undeniable that touch-only tablets have utility, but it seems that the broader market has been rather lukewarm about tablets. I suspect at least part of the problem here is that the rise of the phablet has supplanted small tablets. Large tablets are nice to have, but almost feel like a luxury good when they’re about as portable as an ultrabook. While a compact laptop can’t easily be used while standing, or any number of other situations where a tablet is going to be better, a compact laptop can do pretty much anything a touch-only tablet can. A laptop is also going to be clearly superior for a significant number of cases, such as typing or precise pointing.

As a result, large touch-only tablets feel like they’ve been limited to home use as a computer away from the computer. Tablets are great when you’re on the couch or in bed, but once you get to this point there are some obvious questions as to whether it makes sense to drop $500+ USD on a tablet that seems to have relatively limited utility. The Surface lineup has been showing signs of growth, but in general the Surface is more of a mix between laptop and tablet rather than a tablet. I would argue that given the OS and overall design that the Surface and Surface Pro are really more laptop than tablet, even if at the hardware level the Surface Pro 4 and Surface 3 are basically tablets with kickstands and keyboard covers. 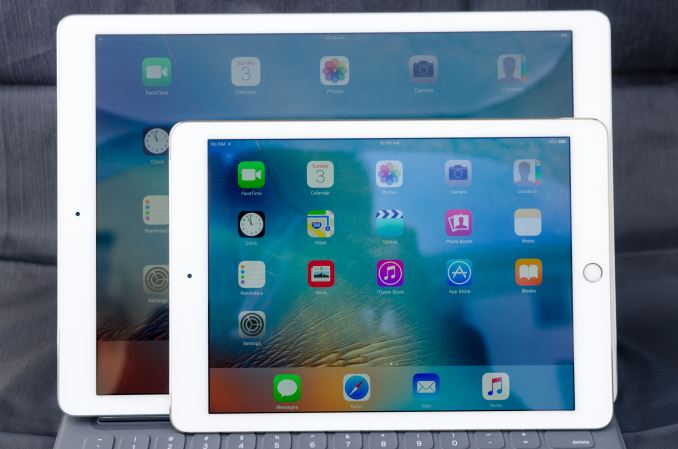 If you’re guessing that this means Apple has had some issues with growing sales of their iPad lineup, you’d be right. From my first experiences with the iPad 3, I was impressed with the improved user experience for things like web browsing and other smartphone tasks, but I never really felt like it made enough sense to get one for myself. The iPad Air 2 was once again impressive and I felt like I could recommend it to other people that wanted a tablet, but I personally struggled to come up with a reason why I would buy it.

This brings us to the iPad Pro. This is probably the first time Apple has seriously deviated from traditional iPad launches, putting together a tablet built for (limited) productivity and content creation rather than just simple content consumption, creating what's arguably the iPad answer to the Surface Pro. To accomplish this, Apple has increased the display size to something closer to that of a laptop, and we see the addition of a stylus and a keyboard cover for additional precision inputs. Of course, under the hood there have been a lot of changes as well, so the usual spec sheet can be found below to summarize those changes.

The most immediate change that you can see in the iPad Pro is the sheer size. The 12.9” display of the iPad Pro basically makes it feel like you’re carrying a laptop around. I would argue that this doesn’t actually affect the portability of the iPad Pro, but this is mostly because the iPad Air 2 was something that I only carried in a backpack to begin with. People carrying their tablets in a small bag, purse, or even just in their hands will notice the difference, so the change in size might be more or less noticeable depending upon how you carry things around. 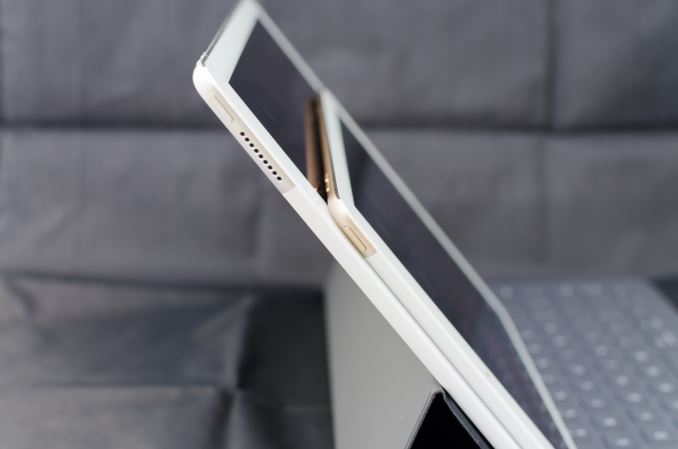 The increase in size does affect weight. After significant use, I honestly don’t think the mass is a significant issue. It does feel heavier than the iPad Air 2, but the mass distribution is such that there isn’t a ton of battery hanging out at the edges of the device where it’ll affect the moment of inertia. This does raise the question of whether Apple included enough battery for sufficient battery life, but that’s a question best left for the rest of the review. 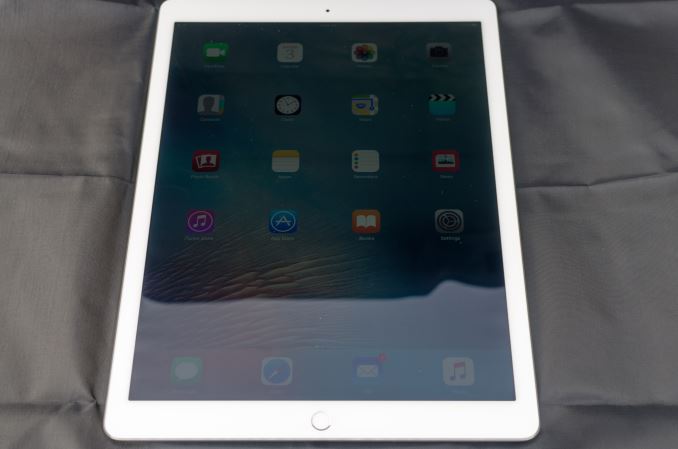 In terms of design, the iPad Pro is rather unremarkable if you’ve ever seen an iPad Air before; it is for all intents and purposes a bigger iPad Air. On the front, the display dominates, with some bezels on the sides and top. The top has the front-facing camera, and the bottom has the home button with TouchID. 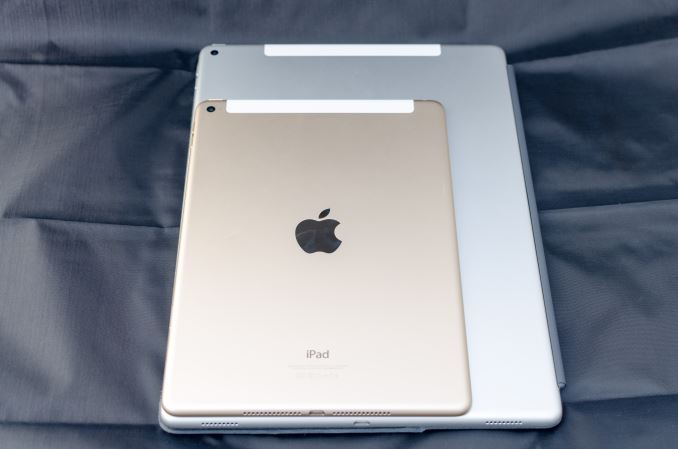 Looking at the sides of the tablet, the top edge has the power button and 3.5mm port, along with two of the four speakers. The right edge has the volume buttons, and the bottom edge has the Lightning port and the other two speakers. The left edge is mostly empty, but contains the Smart Connector for the Smart Keyboard and similar accessories. 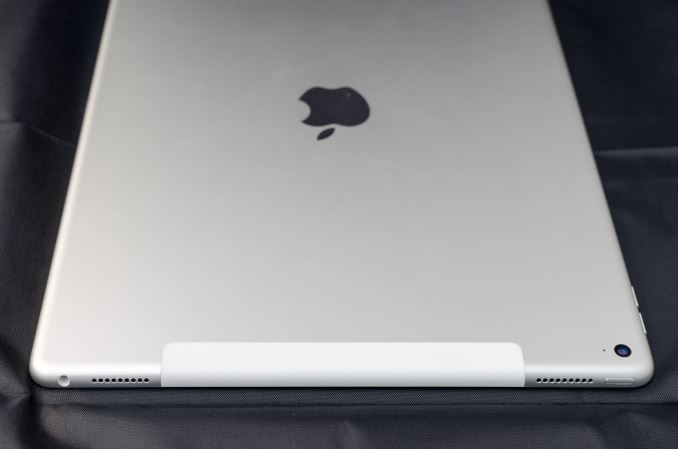 The back of the tablet is mostly unremarkable as well. For the LTE model, an RF window is visible on the top of the device to allow LTE and other connectivity to function. For the WiFi variants, it looks like the bottom display bezel and the bottom two speakers are the RF windows, so there aren’t any visible areas that indicate where the WiFi antennas are. 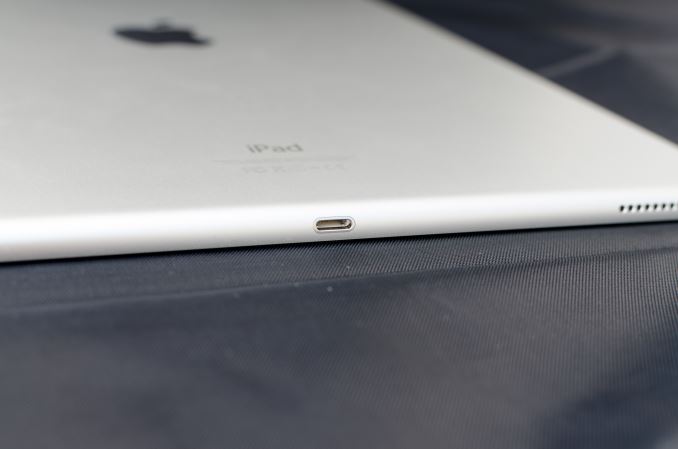 Overall, the iPad Pro feels like an iPad, with nothing all that remarkable beyond its size which is carried well. I never really noticed the mass or size of the iPad Pro even if it is clearly larger and heavier than the iPad Air 2. I also didn’t notice any issues with the back cover flexing, but given enough pressure on the back cover pretty much any device this large will see some screen distortion or bending. The iPad Pro does technically regress in thickness compared to the iPad Air 2, but I never noticed the difference in practice, especially when the larger display is really what matters more.