The Adreno 405 GPU is an interesting part. Because Snapdragon 615 is approaching upon Qualcomm's high end SoCs there's significantly more power on the GPU side of things than you'll get with SoCs meant for more low end devices like Snapdragon 410. 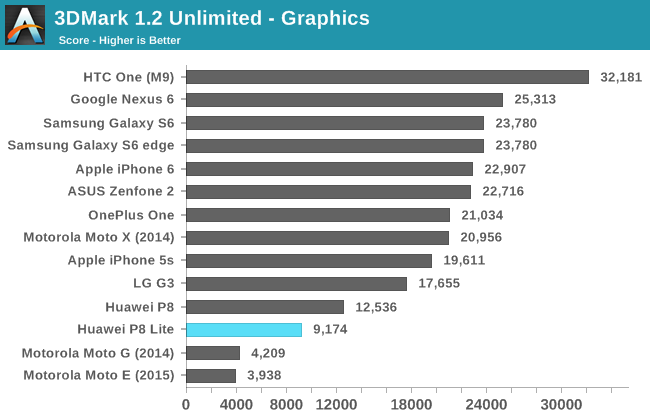 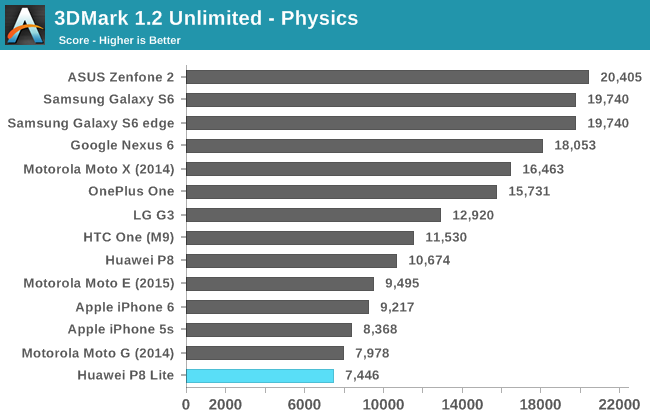 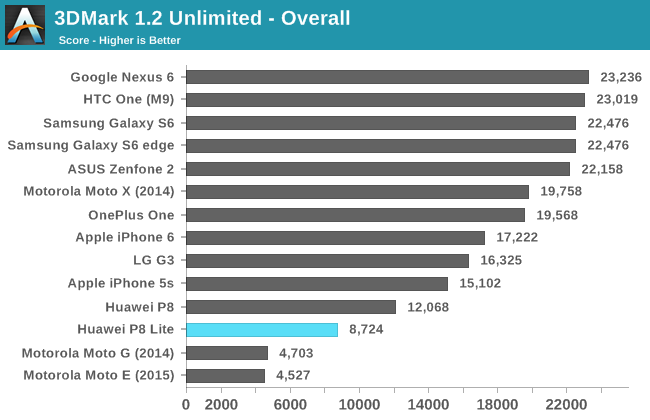 In 3DMark's graphics test we see that Adreno 405 holds a large lead over Adreno 305/306. The score achieved is more than twice as high. The physics test has a poor showing, lagging behind even the Snapdragon 400 based Moto G. Since the CPU side of Snapdragon 615 is certainly faster it's clear that this slowness is due to problems with Dalvik, which in turn is due to the P8 Lite shipping with KitKat. In the end the overall score isn't quite twice that of the Moto E, but it's still a significant improvement. 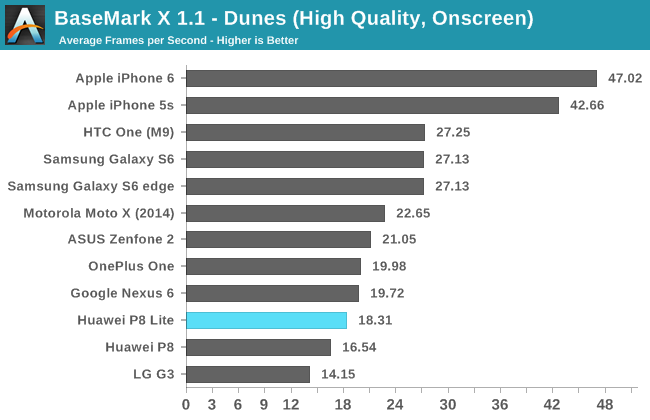 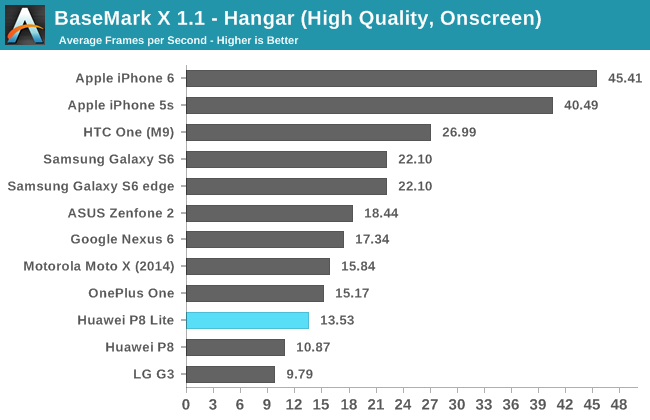 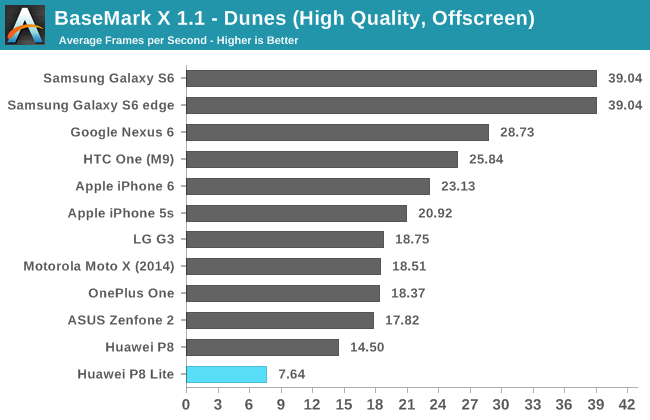 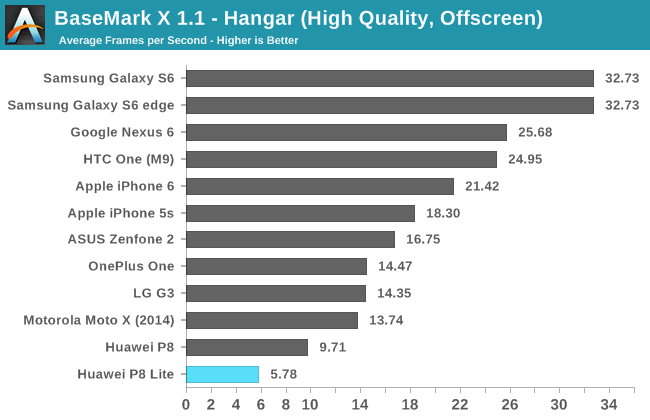 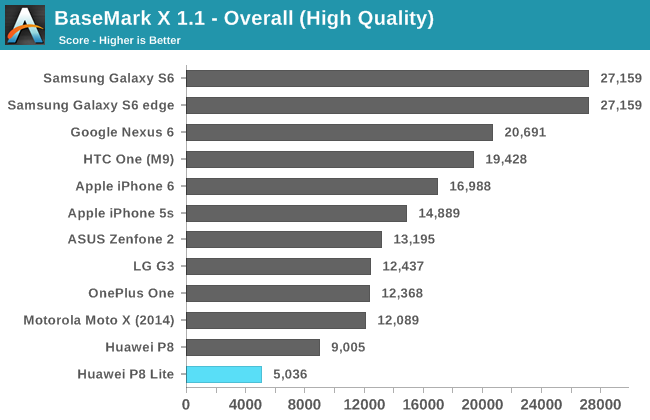 I don't have results for BaseMark X on the 2015 Moto E as the benchmark crashes before it completes. Unfortunately this means there's no Snapdragon 410 device to be used as a reference in this test. In the on screen results the P8 Lite doesn't come in last, but the only slower device is the LG G3 with its relatively unbalanced combination of an Adreno 330 GPU and a 2560x1440 display. In the off screen tests the P8 Lite falls behind the other devices tested, but it's not an unexpected result given the flagship status of the other devices on the chart. 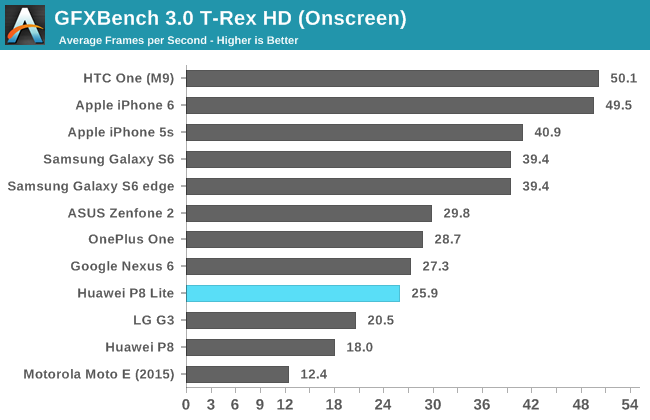 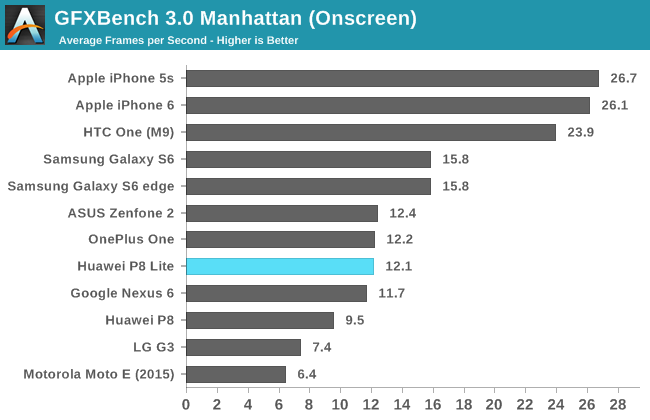 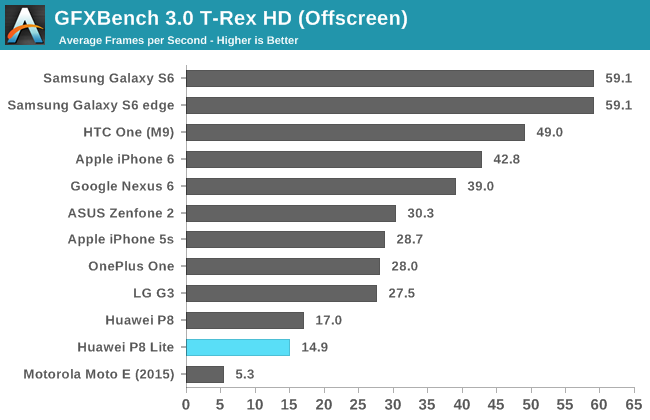 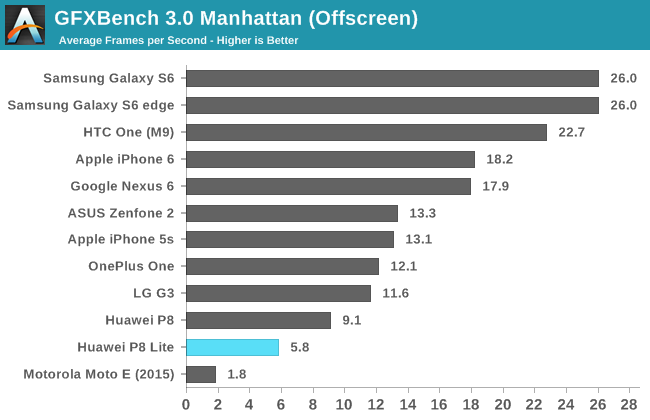 Overall, the GPU performance of the Huawei P8 Lite is actually very good for a $249 device. One should definitely note that the ASUS Zenfone 2 is significantly faster and only costs $199, but that's quite an edge case and there really aren't many other devices at this price point that offer the GPU performance that the P8 Lite does.

NAND performance is another important aspect of mobile devices. Poor NAND can be a serious bottleneck of system performance whenever something is being loaded from the internal storage, or when a background app is doing reads and writes or downloading updates. 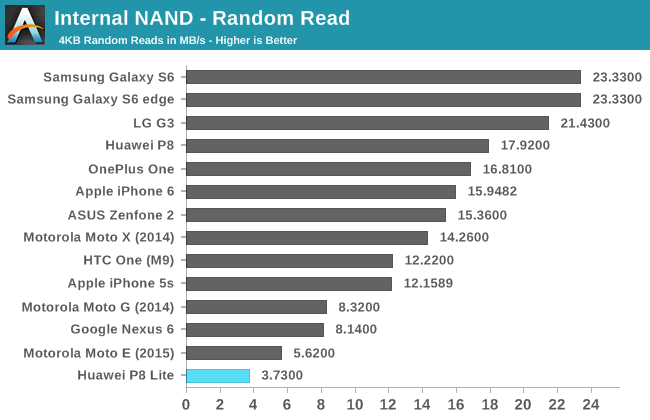 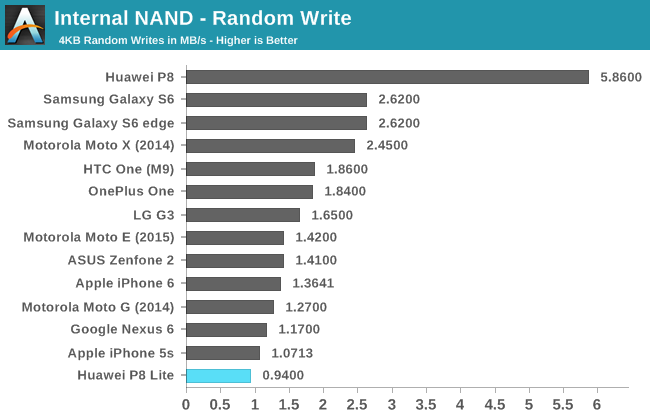 The P8 Lite comes in last for both random read and random write speeds. In the case of random read speeds the gap between it and the next device is fairly significant as well. 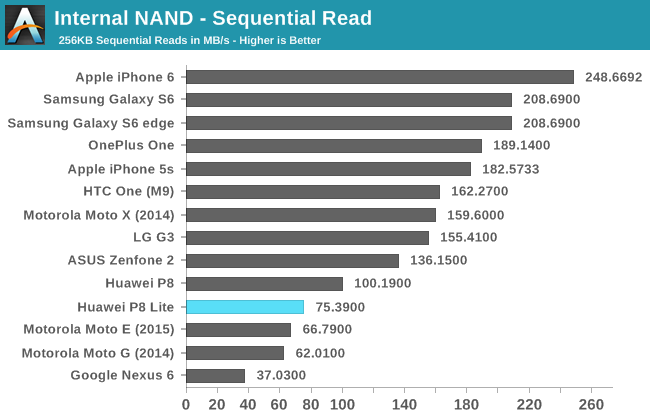 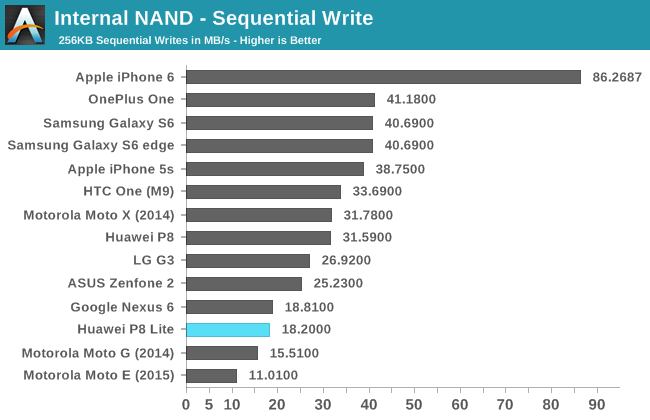 Sequential reads and writes on the P8 Lite are in a much better situation than random reads and writes, with the P8 Lite being faster than both the Moto E and Moto G in both cases. While it's not as fast as the latest flagship devices, I don't think it's at a point where it will cause any problems for the type of users who will purchase a phone like the P8 Lite.