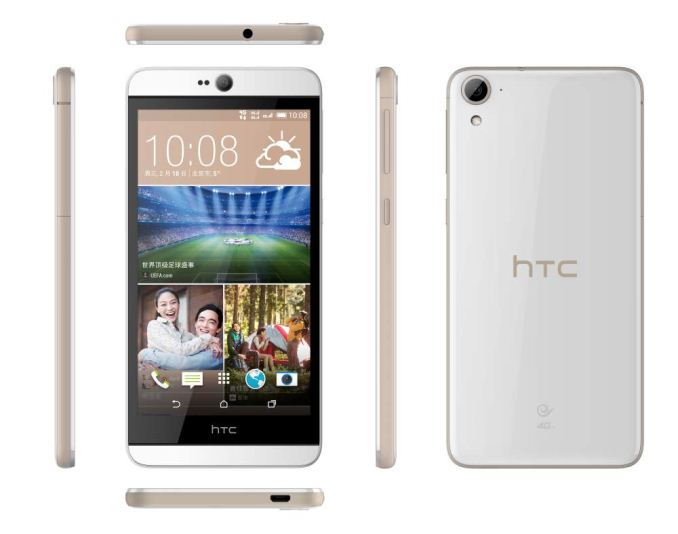 The Desire 826 has a lot in common with the Desire 820 that was released in September 2014. Both devices use Qualcomm's Snapdragon 615 with 2GB of LPDDR3 memory, 16GB of NAND, and 2600mAh (9.88Wh) battery. However, the Desire 826 has a maximum clock speed of 1.7GHz on its high-power A53 cluster, while the Desire 820 was limited to 1.5GHz. Being an Android 5.0 Lollipop device, the Desire 826 will also be 64-bit enabled out of the gate, while the Desire 820 had to operate in 32-bit mode due to a 64-bit version of Android being unavailable. I still believe having two clusters of Cortex-A53s is silly, but HTC weren't the ones making that decision so it's not something I can really fault the phone itself for.

The Desire 826 will be available in the Asia-Pacific region by the end of this month, and will expand to other markets afterward. It comes in multiple colors, including but not limited to white, purple, and blue. There is currently no word on what to expect for pricing, but it should be similar to the launch price of the Desire 820.