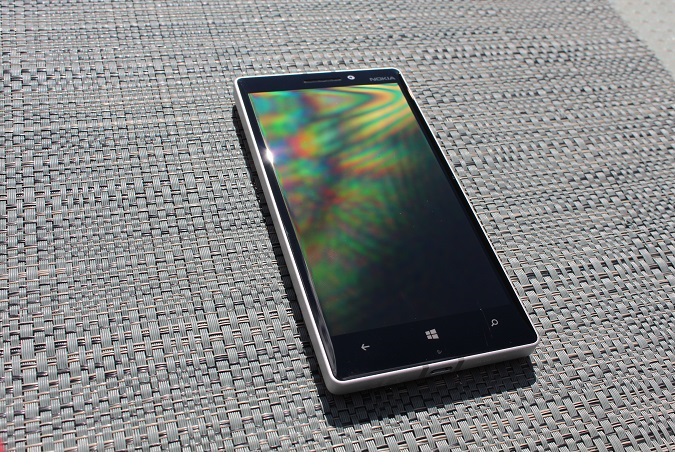 Nokia has once again refreshed its Windows Phone lineup with the release of the Lumia 930, which is the spiritual successor to the Lumia 920 which first launched with Windows Phone 8.0 way back in November 2012. But like the Lumia 630, it takes cues from more than just the Lumia with the closest model number. The Lumia 930 is an interesting combination of many of the other Nokia Windows Phone designs from over the years all wrapped up into a striking package that certainly gives it a new take on the polycarbonate bodies of all of the higher end Lumia devices over the years.

The Lumia 930 was first launched in the USA in February as the Lumia Icon. The Icon is practically identical, with only a few key differences. Being a Verizon exclusive, the Icon of course must support the Verizon CDMA network and has the correct LTE bands for that provider. The Lumia 930 has support for different frequencies due to it being designated for a more international audience. The other key difference is the Lumia 930 ships with Windows Phone 8.1 and the Nokia Cyan firmware, while the Icon first shipped with 8.0 and Nokia Black firmware and the update to the latest OS and firmware version is currently “under testing”. Those two differences aside, the Icon and the 930 can be mentioned practically interchangeably.

The Lumia 930 is the highest end offering currently available from Nokia, with a 5” 1080p AMOLED display driven by the Qualcomm Snapdragon 800 SoC, which in this case is the 2.2 GHz quad-core Krait 400 version with the model number MSM8974VV. The Snapdragon 800 platform also includes the Adreno 330 GPU at 450 MHz, support for up to a 21 MP camera, and the cellular baseband built in. The Snapdragon 800 platform is certainly something we are used to seeing, with it powering most of the flagship smartphones from last year.

Hardware wise, the Lumia 930 actually shares a platform with more than just the Lumia Icon. The Lumia 1520 which was launched in late 2013 is a 6” Windows Phone with identical hardware specifications. Practically everything except the display, battery and form factor are shared between the 1520 and the 930 with the exception of microSD card support which is present in the 6” 1520, but not available in the 5” 930. Other than microSD, the Lumia 930 ticks most of the other boxes for a high end smartphone, with built in 32 GB of NAND, a 20 MP camera with Zeiss optics, Qi wireless charging, NFC, Wireless AC, Bluetooth 4.0 LE, and something that is unique to the Lumia line at the moment – four High Amplitude Audio Capture (HAAC) microphones which allows not just stereo audio recording, but Dolby Digital Plus 5.1 as well. The HAAC microphones have been a staple of the higher end Lumia series for a while, and they enable a higher dynamic range of audio to be recorded without distortion. We’ll see how it works later in the review.