While there's some level of choice for high-spec, high-value smartphones at the ~5" display size segment, the same is far from true for phablets. The Galaxy Note line is generally considered to be the only phablet worth looking at, and there really isn't such thing as a "midrange phablet". The closest thing to a midrange phablet is the Galaxy Mega. The one experience I had with a Galaxy Mega 6.3 was anything but positive, especially when it was priced at around 400 dollars off contract or more. The value simply wasn't there.

Huawei seems to have noticed this, and in response to the unfulfilled niche, introduced the Ascend Mate 2. In the US, this phone is renamed to the Ascend Mate2 4G to indicate the different SoC and LTE modem, but the experience is largely the same. Huawei hopes to use this launch as its way to break into the unlocked device market in the US, and also as a way to build brand recognition in the US. Branding is definitely a big challenge for Huawei, especially because in the US they've effectively been relegated to ODM status. The only Huawei devices that I can name off the top of my head are the MyTouch phones sold by T-Mobile, and those aren't advertised as Huawei phones at all. 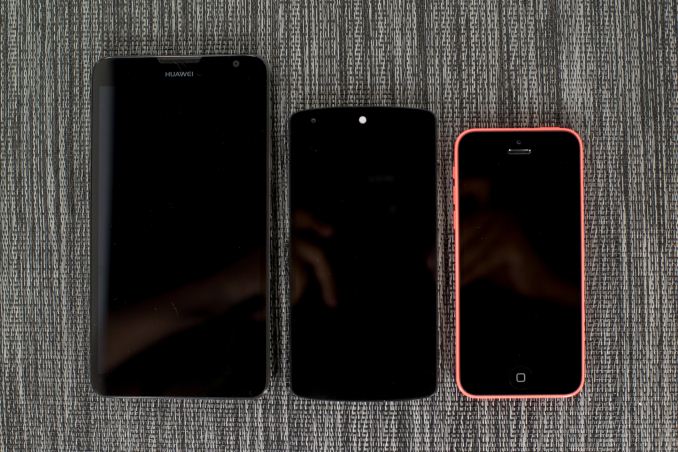 The real question now is whether the Ascend Mate2 is any good. The first place to start is industrial and material design. While many people like to suggest that any weight given to ID or MD is effectively evaluating fashion for the sake of evaluating fashion, design is critical to a phone's utility. A phone or a tablet is something that people will be constantly feeling and looking at, thus a phone that's unergonomic or finished poorly will dramatically affect the rest of the experience. 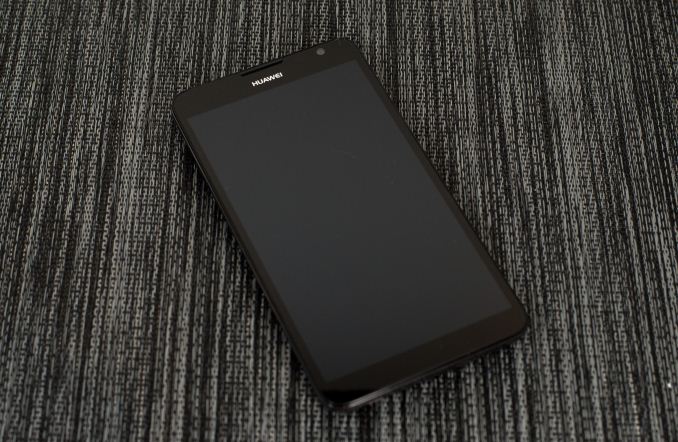 With that in mind, the Ascend Mate2 is surprisingly good. The black model that we were sampled has a relatively small amount of bezel around the display, with very little visual clutter. On the front, the only three visible elements other than the display are the front facing camera, an OEM logo, and the earpiece. On the sides, a glossy plastic band wraps around the phone, with a small lip that is slightly above the display. This makes it possible to place the phone face-down on a flat surface without risk of scratching the glass, which helps with durability. On the back, the battery cover has a hatched surface to increase grip and it feels like some sort of soft-touch coating has been applied to increase grip and improve in-hand feel as well. Overall, it feels great in the hand, and reminiscent of the Samsung Galaxy S2 in design. The speaker, camera, and LED flash are on the back as well, along with another Huawei logo. The power button and volume rocker are all placed on the right side of the phone, and the 3.5mm jack is on the top right. Strangely, the USB port is on the bottom left of the phablet, something that suggests the phone should be rotated to the right to use the phone in landscape while charging. While the design is nothing like the One (M8), it's certainly well designed and minimalistic. If anything, it's nice to see a plastic phone that doesn't pretend to be another material that it isn't. Huawei also avoided the poor feel that comes with glossy finishes that are easily covered with fingerprints and feel grimy within minutes of use. 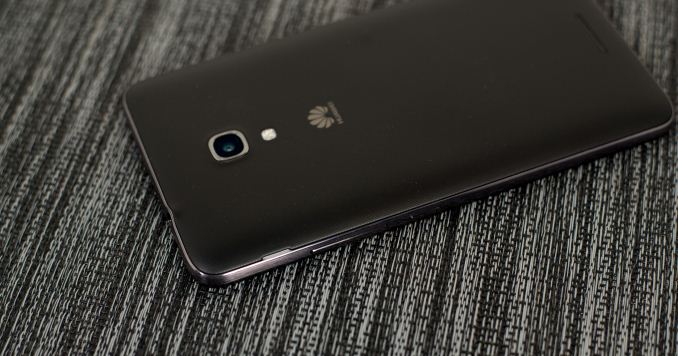 Outside of ID/MD, the Mate2 has a removable back cover, which allows for easy access to the microSD and microSIM slots. The battery isn't removable, but judging by the design it's trivial to replace the battery if you can use a screwdriver. Overall, the phone is very solid in the hand, with no perceivable flex or creaks. For a first impression, the Ascend Mate2 does quite well. Of course, a phone is more than just a dummy model to hold in the hand, so the specs matter as well. In this respect, the Mate2 is appropriate for its price point, although there are a few surprises. 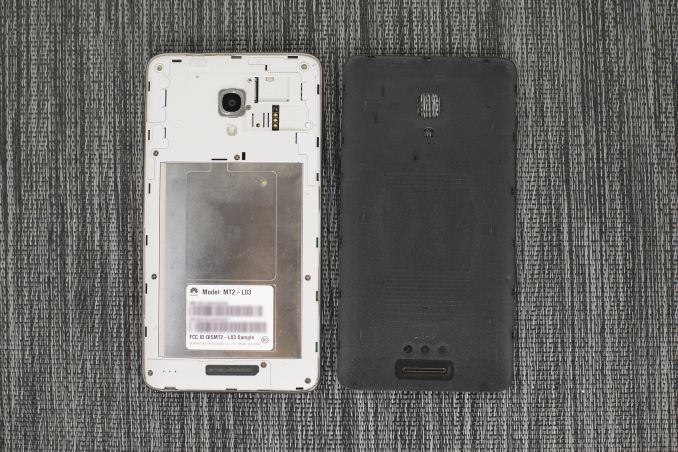 I've listed the specs in the table below for easy reading.

As you can see, the SoC is the higher binned version of the MSM8926 seen in phones like the Moto G LTE and the One mini 2. The surprises are effectively the addition of 802.11ac, 2GB of RAM, and the absolutely massive battery. The only possible issue at this point is that this phone runs Android 4.3. Huawei stated that it will be upgradeable to Android 4.4, but there's no official timeline of when to expect the update. It's important to examine the phone beyond the spec sheet, which means testing to validate whether the phone is any good.