Logitech has been producing peripherals for some time now, but what they've lacked is a concrete "this is for enthusiasts" brand identity. Ordinarily a vendor producing a specific "gaming" brand is met with eyerolls and rightfully so, but Logitech's gaming peripherals have sort of floated in their expansive product lineup with only the "G" prefix to really distinguish them. What we're looking at today is a push towards a very concrete, very distinct branding that will make Logitech's gamer oriented products much more readily identifiable.

As far as the refresh itself goes, we'll start with the quartet of mice being released. These are essentially refreshes of many of their existing mice with new skins and more importantly, newer and better hardware under the hood. The new versions all see an "s" suffix added to the model numbers, but with them we get better switches and sensors across the board. 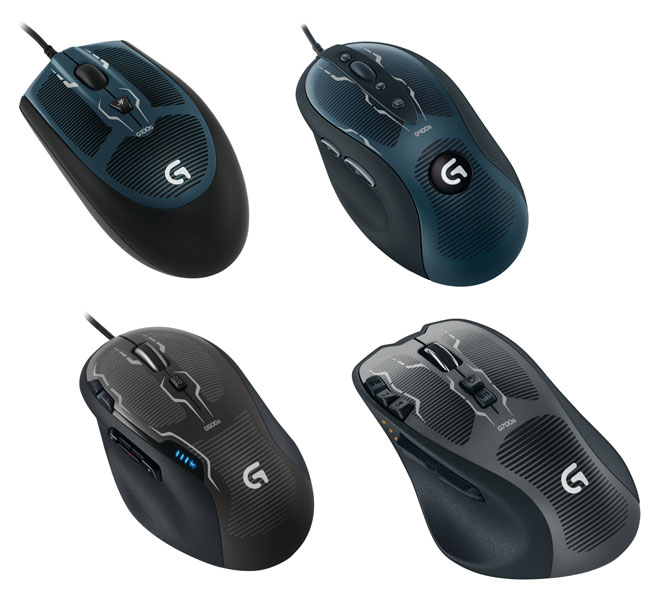 Other than the upgraded internals, Logitech deliberately hewed very closely to the existing designs in terms of both materials and feel. Their attitude was "If it ain't broke, don't break it," and while my first inclination might be to chide them on being lazy, the reality is that I agree. These mice (especially the G500) were nigh perfect on their initial release, so there's little reason to mess with success. I will note that I'm not a huge fan of the new visual design, though. MSRP for these mice will be $39 for the G100s, $59 for the G400s, $69 for the G500s, and $99 for the G700s wired/wireless combo mouse.

Next on the agenda are Logitech's new keyboards, but I have a slightly harder time getting excited about these. 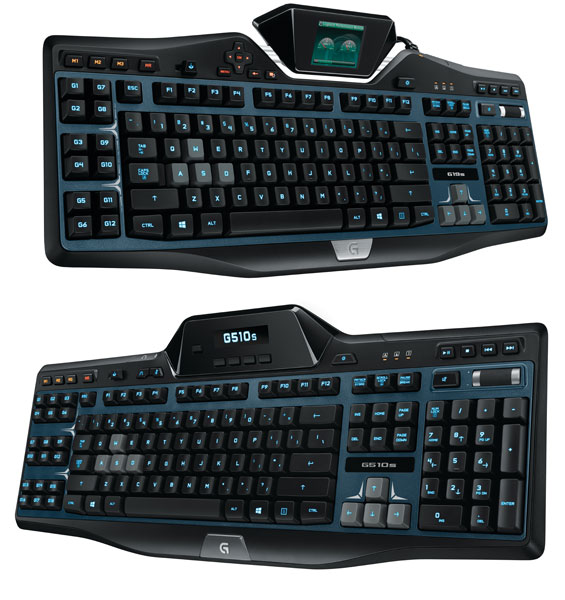 These keyboards are straight up new products. Both feature completely color-configurable full-keyboard backlighting and Logitech's GamePanel LCDs. The GamePanels have apparently been pretty popular on their existing keyboards, and Logitech isn't really messing with success with these new keyboards. Instead they've improved durability by using hydrophobic coatings on the palm rest while double-coating the keys for improved longevity. That said, Logitech went with the RGB color-configurable backlighting as opposed to mechanical key switches, so these are still membrane keyboards. If you're like me, that's a bit of a disappointment.

The G19s has a full color LCD GamePanel and actually has an external power brick that allows it to use a single USB 2.0 connection while offering two powered USB 2.0 ports, the backlighting, and the panel. MSRP is set for $199.

The G510s is only slightly cut down; instead of the powered USB 2.0 ports, you get integrated USB audio that toggles on when you plug headphones and a microphone into it. I'm actually pretty keen on that as opposed to using a passthrough, as it makes Windows' clunky audio switching more tolerable. MSRP is set for $119.

Finally, Logitech is releasing two new headsets, both of which I found surprisingly comfortable. Finding a good gaming headset can be difficult for people who wear glasses (or even over-ear headphones in general), but the grip of the new headsets, the G430 and G230, was remarkably gentle while still being secure. Both headsets feature a noise-cancelling microphone. The more expensive G430 (at $79) sports 7.1 surround sound and includes a removable USB audio dongle, meaning you can opt to use it as a basic pair of headphones if you're so inclined. Meanwhile, the more affordable G230 (at $59) foregoes these accoutrements, instead offering basic stereo sound.

Common to all of these products, Logitech is unifying device drivers under one piece of software (something some of their competitors still lack), all but the G430 are Mac compatible (though there's no reason you can't remove the USB dongle and use the G430 as a basic headset on a Mac.) Availability is scheduled for the beginning of April 2013 in the United States, and May 2013 in Europe.

Update: The keyboards are apparently refreshes as well. I'd say if it ain't broke don't fix it (like the mice), but I suspect there will be room for improvement with these. We'll see when the review units arrive!